With further strengthening on the rules around gambling and lottery ads, marketers in the UK now need to ensure their campaigns are compliant with the new ASA content restrictions to avoid large penalties. So how are affiliates planning to keep up with these changing rules? 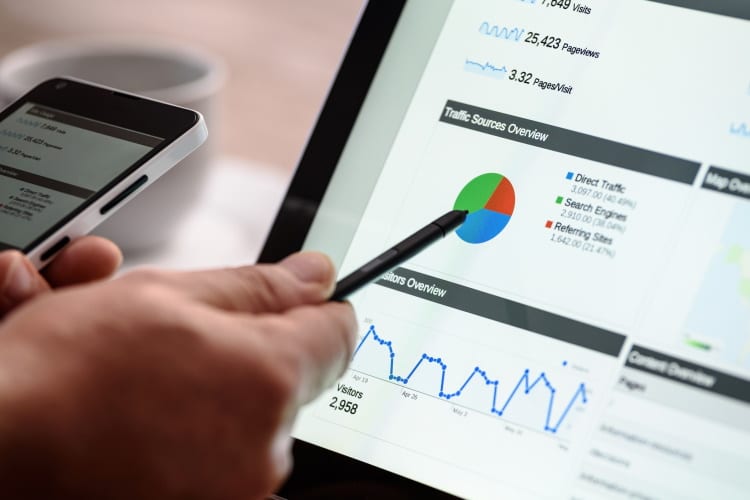 New rules with tougher protections for under-18’s came into force at the beginning of October 2022, further strengthening the Committee of Advertising Practices (CAP). According to ASA this was in a bid to ‘commit to safeguard young people and vulnerable audiences’.

Previous rules required that ads must not be of ‘particular appeal’ to children, whereas the new ‘strong’ appeal test prohibits content to under 18’s regardless of how it is viewed by adults.

The changes, set out by the body responsible for the UK code for advertising, will mean that past betting and gambling marketing that features stars and celebrities such as Cristiano Ronaldo, José Mourinho, and the likes of Harry and Jamie Redknapp, wouldn’t be allowed in UK gambling marketing.

With the 2022 World Cup just days away, we spoke to Ryan Davis, website manager at Leadstar Media about how the new regulations are changing the way affiliates work.

This obviously has great restrictions for the current marketing in the UK, as Davis says, “of course, there are some providers that will have to rethink marketing campaigns and perhaps even scrap expensive existing projects in response to the updated, more stringent rules.”

“However, the brands that we work with in the UK were either already steering clear of marketing that would fall foul of the “strong” appeal test or have been quick to provide us with updated assets and instructions ahead of the new restrictions coming in.”

With Leadstar being a B2B business, the new rules don’t directly affect their operations as they are not the ones producing the marketing material. However as Davis says, they do have a responsibility to ensure all their UK-facing sites stay compliant.

These rules inevitably have an impact on the way that people search for betting sites, offers and bonuses, or general information on brands – something which is very much a problem for affiliates.

“On one hand, the reduced visibility of gambling brands may reduce search volumes overall; on the other hand, a greater number of players may find affiliate sites are the best source for the information they are looking for.”

Above all, Davis emphasises that the new ASA content marketing rules underline the importance of constant communication between affiliates and the brands they work with – something which Leadstar holds paramount to their business strategy.

“At Leadstar we aim to create the best possible products in the industry and that is a lot easier if brands can trust us to be au fait with relevant regulations and to exclusively publish compliant content.”

So… how can affiliates accommodate the new rules?

There is an incongruence between the prohibition of adverts that have a strong appeal to under-18’s and the fact that no fewer than eight Premier League clubs feature gambling brands as their main shirt sponsor.

Add this to the axing of topflight footballers and references to pop culture, and it all amounts to a marketing plan which runs the risk of potentially lacking in excitement and relevancy.

However, Davis says that there’s light at the end of the tunnel. “Current public sentiment seems to indicate that this inconsistency will eventually be solved with the banning of gambling sponsorships on football shirts.”

“Just recently, for example, a letter signed by cross-party peers was delivered to EFL chairman Rick Parry urging him to voluntarily end the organisation’s sponsorship deal with Sky Bet. This means major brands will be looking for alternative marketing channels, and an increased focus on affiliate marketing is one logical outcome of this.”

The pros and cons

With obvious disadvantages for providers it bodes the question, are there any positives? With so many restrictions it’s still up for debate as to whether these rules will actually prevent under-age-gambling or whether it will just drive customers to illegal sites.

Davis discusses “On balance, I believe this will be a net positive for the industry. Any move that makes it more difficult for operators to appeal to under-18s (and any other prohibited or vulnerable group, for that matter) can only be a good thing for UK society as well as for the wider reputation of the betting industry.”

“I don’t think that it will result in more customers using illegal sites, especially if it drives more players to access these products via organic search given that the vast majority of affiliate sites with significant visibility in search results exclusively feature licensed operators.”

With stringent rules elsewhere, do these new rules align the UK with other jurisdictions?

The UK is one of Europe’s most mature and saturated markets, yet suppliers continue to be drawn to it attempting to compete against the giants – and the marketing regulations are no small feat to adjust to.

On the other hand, countries that entered the market with stringent rules, like the Netherlands, sit at the other end of the spectrum – they have an extremely unsaturated market, yet the same – if not worse- restrictions when it comes to marketing.

“Affiliate marketing is almost always important, regardless of market. Given the aforementioned restrictions, I’d argue it’s even more significant in the Netherlands. When brands are not allowed to do marketing in the traditional channels, they have to find other ways to get their product in front of the right audience.”

It’s clear that although affiliate marketing is considered ‘targeted’, it still plays a big role for brands looking for players. However, as Davis has identified, companies like Leadstar manage to do this whilst maintaining the sustainability intended by the KSA via offering legal options to their audience.

There’s still very few licensed brands available in the Netherlands, which is one of the main differences compared to more mature markets like the UK.

“It can be hard to know which brands are licensed and which ones are not, especially in the early days of a change. This is also one of the main issues with too tight restrictions on advertising, bonuses and promotions. In the UK bookies are everywhere, you see them on TV, football shirts, stadiums and on the street.

“In markets like the UK, where it’s been going on for such a long time, it’s almost harder to find an unlicensed sportsbook than a licensed one.”

With fewer options, it’s inevitably harder to find a sportsbook which suits a customer’s particular needs in the Netherlands, while players in mature markets (elsewhere in Europe) can turn to a plethora of affiliate sites and find licensed options that suit their preference at a drop of a hat.

Davis says “I feel it is unlikely that the UK market will undergo regulatory changes of this significance on such a short timescale, but it does seem to be moving in the same direction.”

Of course, things may become a little clearer once the Gambling Act Review White Paper is finally published, so for now, affiliates continue to battle from the ground up.

Ryan Davis is a website manager at Leadstar Media, a Stockholm-based affiliate company operating websites in over 30 countries. Ryan’s main focus is the UK content on Mybettingsites.com but he also helps to oversee products on the Irish and Dutch markets.