The Gambling Commission of Great Britain has reported a statistically significant decline in problem gambling levels, to 0.3% in its September 2021 quarterly participation and problem gambling survey. 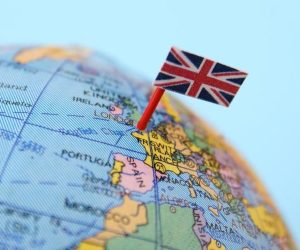 The percentage of the 4,009 Yonder phone survey respondents who were classed as problem gamblers – using the Problem Gambling Severity Index (PGSI) – was 0.3%. This was down from 0.6% in the September 2020 edition of the survey, while in the June 2021 edition of the survey this figure was 0.4%.

The report also found a statistically significant decline in problem gambling levels just among males, where the rate dropped from 0.8% to 0.3%.

The percentage of the population at moderate risk of gambling harm also dropped by a significant amount year-on-year, to 0.7%, though this level was the same as recorded in June.

The portion of people classed as being at a low risk of harm was less than in 2020, but the difference was within the margin of error.

The problem gambling rate – as well as the overall rate of people at any level of risk – was the joint-lowest recorded in the Gambling Commission’s data going back to 2016.

Betting and Gaming Council chief executive Michael Dugher said the reduction showed that his group is having an impact.

“Since being established in 2019, we have worked tirelessly to drive up standards in the regulated betting and gaming industry and promote safer gambling,” he said.

“Our initiatives have included using advertising to promote safer gambling tools like deposit limits and time-outs, investing more in research and treatment, funding an education programme provided by GamCare and YGAM, implementing the credit card ban and introducing tough new rules on VIP schemes and changes game design, as well as using technology to intervene with customers online.

“One problem gambler is one too many, however, and we are determined to keep up the momentum in the months and years ahead,

Dugher also said that the results showed that evidence-led approaches to harm reduction, rather than more drastic measures, should continue.

“There will always be those in the anti-gambling lobby who take a prohibitionist approach,” he said. “But, in contrast, the Government has rightly and consistently said it will adopt an ‘evidence-led’ approach to its Gambling Review. We always need to do more to provide greater protection to the tiny minority of people who are vulnerable to problem gambling, whilst recognising that the overwhelming majority of millions of people who enjoy a flutter do so safely and responsibly.

“As we continue to make progress on problem gambling and drive ever higher standards on safer gambling in the regulated sector, it’s vital we don’t do anything that drives people to the unsafe, unregulated black market online, which has none of the protections or safer gambling interventions that we see with licensed operators.”

This decline in gambling harm came despite levels of overall gambling remaining fairly stable year-on-year, with 42.0% of respondents reporting gambling during the four weeks prior to the survey. However, this figure was still notably below 2019, when 46.7% reported gambling.

Of those who did gamble, more people said they did so infrequently, with 18.0% of gamblers reporting they did so less than once a month.

Excluding the National Lottery, 28.3% of people said they gambled in the previous four weeks.

Online gambling, meanwhile, rose in popularity, with a new high of 25.0% of people reporting gambling online, or 17.7% without the National Lottery. On the other hand, in-person gambling levels dropped from 28.6% to 23.9%, and were a long way below the pre-pandemic level of 34.9%.

The National Lottery remained easily the most popular gambling product, with 26.5% of the population playing. Meanwhile, 7.8% played scratchcards and 12.8% other lotteries.

Bingo, football pools and gaming machines in bookmakers – such as fixed-odds betting terminals – all saw statistically significant declines in play.