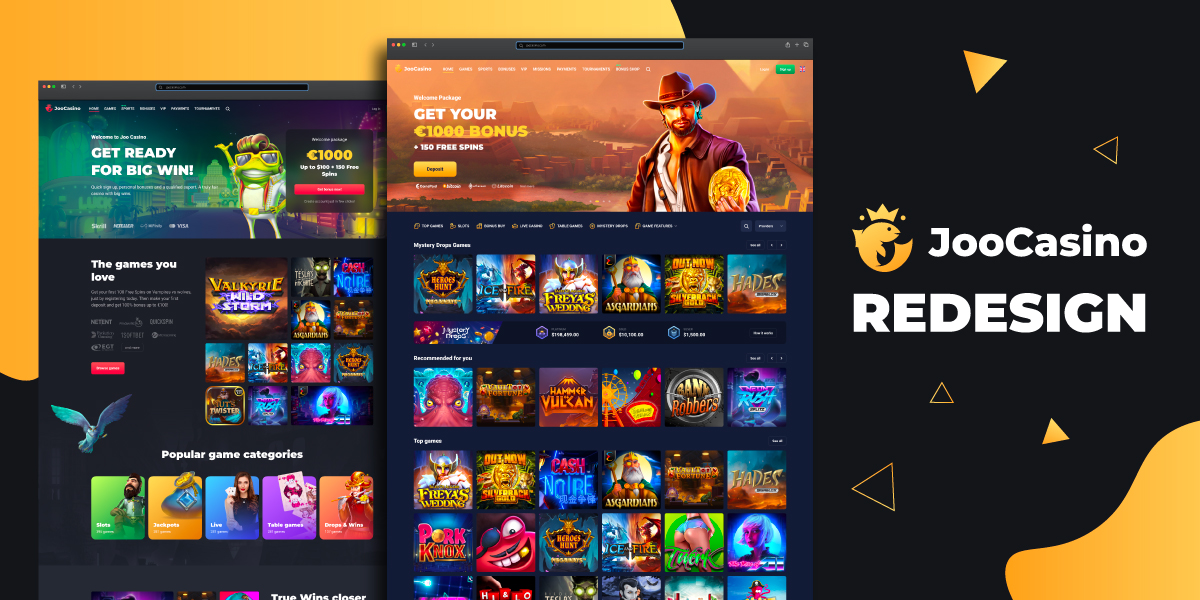 N1 Partners has revealed details of its exciting new look for Joo Casino, the content of which was last tweaked in the summer of 2021. The project was renovated quite a bit at that time: new welcome bonuses were added, exciting new tournaments were introduced and new super bonuses for high rollers followed. Elsewhere, the mobile version was improved and the design of the website was updated. Last but not least a catfish – a good-luck talisman in many cultures – became part of the new-look Joo Casino logo.

Following the project’s redesign, the N1 Partners Group team conducted several studies, learning about the interests and needs of the players from different geos, their involvement in the project, and the average duration of their gaming sessions. The resulting analytics made it possible to more accurately identify the needs of the players in a particular region and improve the project, taking into account various aspects of the target audience – even their colour preferences. As a result of this, the company announced a new redesign, which has touched upon the colour schemes of the casino website graphics, the adaptation of the visual amenities of the promo, and the appearance of new project characters corresponding to particular regions.

Commenting on the project, Yaroslav Laptev, chief product officer of N1 Partners Group, said: “The last update of Joo Casino was not so long ago. Nevertheless, we decided to improve the project cut further, conducting a study among players from different regions and the partners who work on these geos to ensure that we fully meet the audience’s needs. We were impressed by the test results – the conversion rate increased cut several times. We hope that we managed to take into account the audience’s interests, and the updated Joo Casino will attract even more fans.”