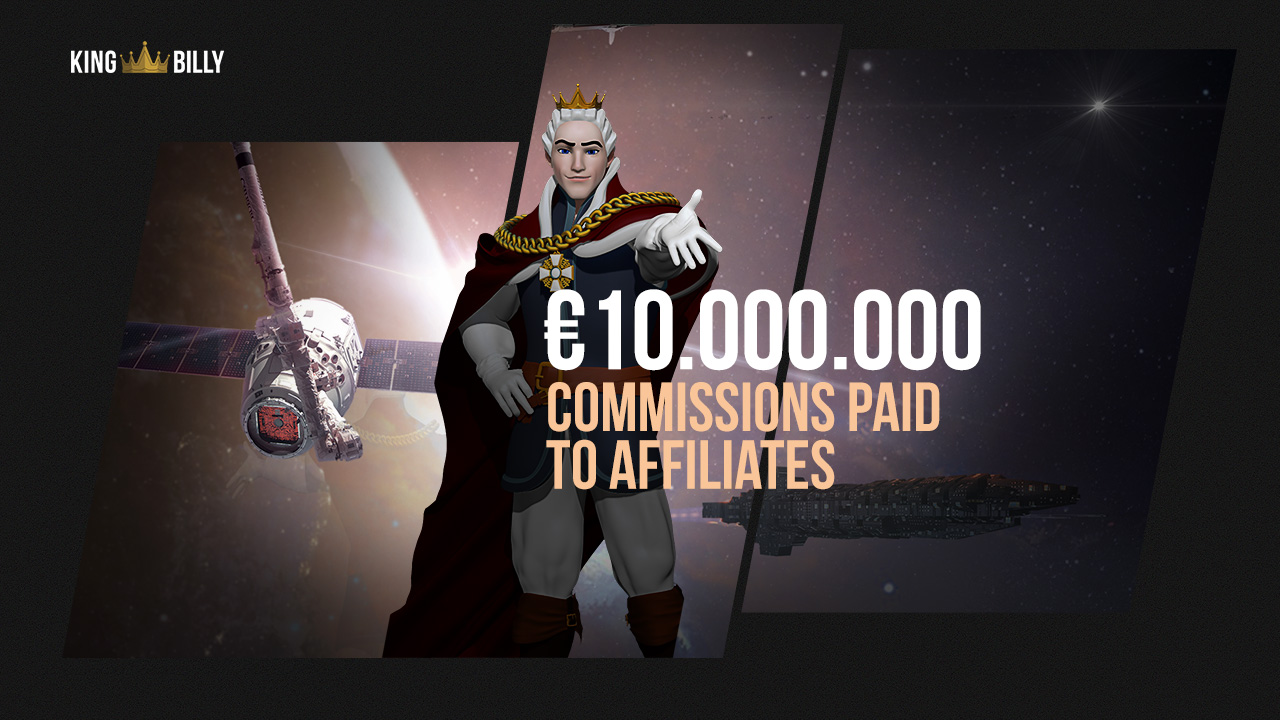 King Billy Partners, the many times awarded affiliate programme of King Billy, has just reached a huge milestone: it has now paid out more that €10m in commissions to its affiliates.

The achievement feels even more extraordinary if one takes into account King Billy’s relatively short history: it has been operating for four years. So, how does it feel to enter the eight-digit club? Ruslan Legenzov, head of affiliates at King Billy Casino (and “Lord of Affiliates” according to the casino’s internal etiquette) has this to say:

“King Billy Partners, the King Billy affiliate programme has been awarded many times. It was a winner in the 2019 iGB Affiliate Awards and was shortlisted for the 2021 edition. This means that we have been recognised by the most prestigious award shows.

But, apart from the industry, it is also fantastic to actually see the market awarding us. When we launched King Billy back in 2017, we started with a limited budget but unlimited devotion. And this devotion is now paying off big time, for us and for our affiliates. And we are certainly not stropping here.”

“There are big things and there are small things. The big things I can share with you right away: clear and unmistakable terms and conditions, commitment on long-term relationships with affiliates and full dedication to the project. The small things are too many to mention in a few words.

“However, we will have a chance to discuss them in the SBC Summit Barcelona conference and exhibition, September 21 to 24, where I’ll be a speaker at panel titled ‘Negotiating the perfect deal’. I will also be giving a speech on the subject, so I’d love to see you there.”

Legenzov smiles. “Where there are eight digits, there can be nine, correct?” he says.

This would mean a €100m milestone for King Billy. Not many would bet against it.

King Billy Casino is a 15-times awarded, new generation online casino, available in six languages (English, Finnish, French, German, Czech and Japanese). King Billy Casino has created a superb user experience around the myth of King Billy and his kingdom and treats all its players (or “citizens” in the casino language) with the attention they deserve.