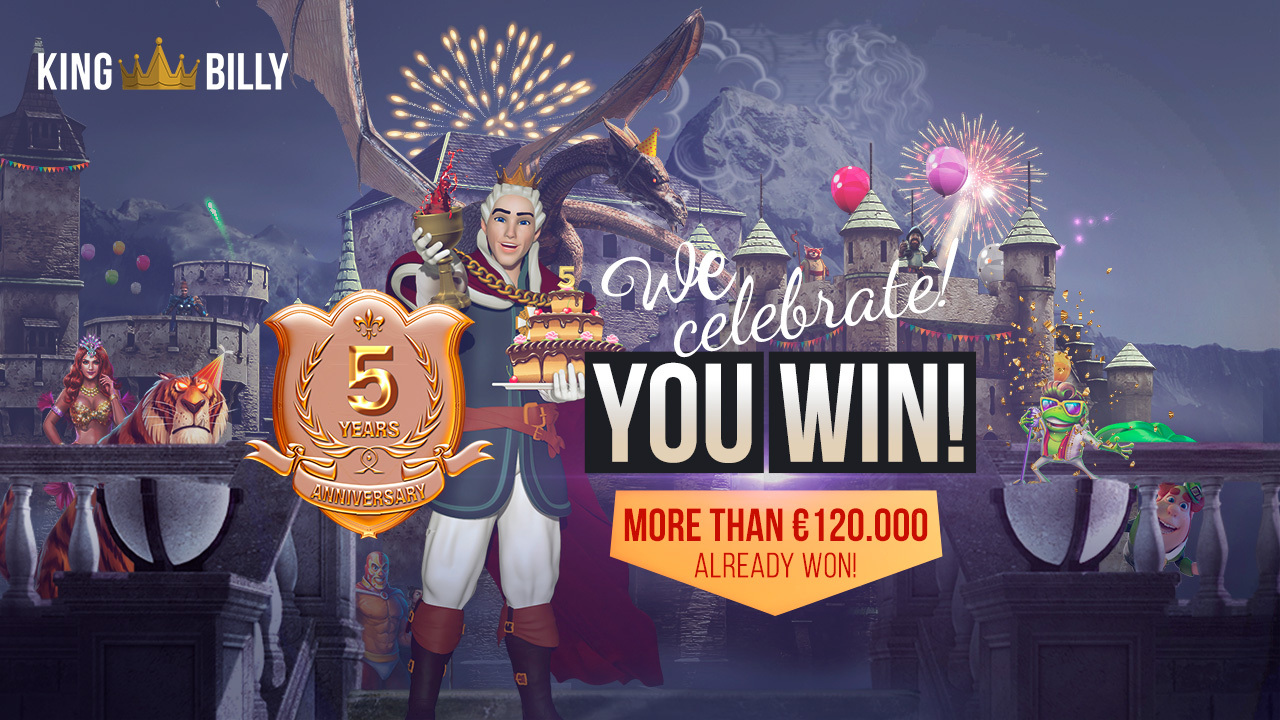 Huge sum shared by three players based in Canada and New Zealand.

Multi-awarded operator King Billy Casino is celebrating its five-year anniversary with plenty of fireworks, huge offers and exceptional wins. King Billy was founded on St Patrick’s Day in 2017, but it has been much more than the luck of the Irish that has catapulted the brand into one of the best-known and respected operators worldwide.

In the first week of its five-year anniversary celebrations, King Billy Casino has been doing what it does best: dishing out big wins to its players. More than €120,000 has already been won in three huge wins for players based in Canada and New Zealand and, on top of that, the casino has just rolled out its anniversary promotion: “We celebrate. You win!” The new campaign offers additional bonuses to King Billy players throughout the celebration season.

Commenting on the exciting events, King Billy Casino CEO Volodymyr Harkusha (aka First Lord, according to the casino’s venerated internal protocol) said: “Not until you come across a five-year anniversary milestone do you realise how quickly five years seem to have passed! It does feel like yesterday when a small bunch of people, all of us industry experts and medieval aficionados, decided to take over the saturated world of online gaming with our mighty King.

“Today, five years, later, we know our vision has been met, with the numbers speaking for themselves: six languages, thousands of players worldwide across 12 time zones, more than 100 personnel and, finally, 20 awards and counting on the industry’s most prestigious shows.

“We celebrate, but we do not rest on our laurels. There are more milestones to come across and more places to be explored in our King’s vast Kingdom. Long live King Billy!”