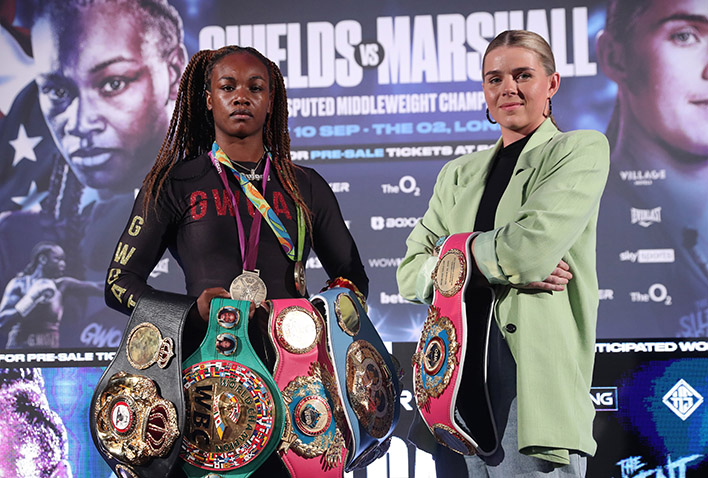 Betting giant gearing up for Shields/Marshall bout in September.

In what has been a standout year for British boxing, Bet365 is delighted to announce that through its partnership with Boxxer, the world’s most popular sports betting brand will be the official betting partner of Claressa Shields versus Savannah Marshall, on 10 September 2022.

A spokesperson for Bet365 said: “Live on Sky Sports and brought to you by our partners at Boxxer, this event marks a defining moment in women’s sport, and something we at Bet365 are extremely proud to be a part of.”

The historic event will be headlined by Savannah Marshall and Claressa Shields’ fiercely anticipated fight to unify the world middleweight division. Rivals for almost a decade, this transatlantic clash could be the biggest and most exciting fight in the history of women’s boxing. Savannah Marshall’s manager, Mick Hennessy, says, “It the potential to be the fight of the year worldwide.”

Commenting on the fight odds, a spokesperson for Bet365 continued: “We can’t split these two rivals as it stands. Both fighters are currently priced at 10/11 to win the bout with Marshall slightly shorter in the ‘to win by KO, TKO or disqualification’ market at 10/3, compared to 17/2 for Shields. One thing’s for sure, it’s going to be an explosive night on 10 September, and we can’t wait.”
Meanwhile, the chief support on the undercard will see a top-level super-featherweight unification fight. Mikaela Mayer, the IBF and WBO titlist, will take on fellow American Alycia Baumgardner, the WBC belt-holder.

Under the partnership, Bet365 branding will appear prominently across all pre-promotional activity, including press conferences, open workouts and weigh-ins. This will culminate in extensive in-arena exposure on fight night, with 360-degree branding across the ring corners, ropes and toblerones, and the venue’s screens, banners and boards. Bet365 will also feature on the ring canvas, arena barriers and more.

Bet365 will continue to be Boxxer’s official odds partner for the event and be integrated across Boxxer’s social and digital content. Bet365’s odds will be promoted on Boxxer’s platforms in the build-up to the fight, with in-play optimisations exclusive to Boxxer. Live streams of Boxxer’s shows are also available on Bet365’s platforms in select international territories, to further enhance the customer experience globally.