The volume of Google updates accelerated in in 2022, with SEO affiliates having to grapple with the search engine giant’s constantly changing and ambiguous “quality” standards in order to retain strong positions in the SERP. Chris Mawson and Martin Calvert look at what can reliably be gleaned from developments in 2022 and applied in 2023 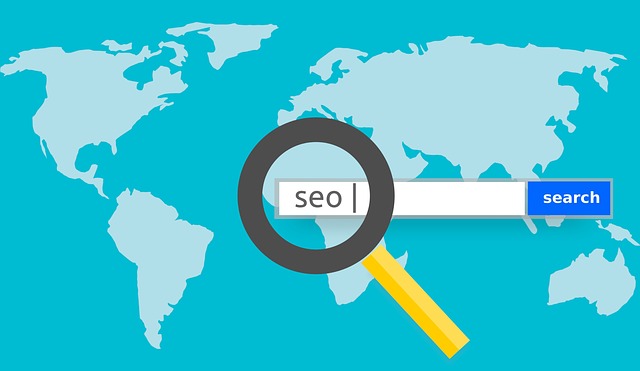 Traffic is the lifeblood of affiliates and in the rush to capitalise on newly emerging markets, operators’ appetite for that traffic remains high.

While commercial opportunities are tantalising, the pace of Google updates is a concern for any SEO-driven marketer.

Not only are updates arriving more frequently, the days of an easy fix following a slap on the wrist seem to be behind us, with “quality” being the ambiguous driver of Google’s evaluations.

Corrective measures such as disavowing links or strengthening obviously thin content used to provide some straightforward solutions, but in 2022 (and soon 2023) the challenge will be how to demonstrate worth in a more holistic way.

There have been multiple updates this year, the most recent of which were the product reviews and core updates of September 2022, which swiftly followed the helpful content update from August, to the core and product updates from spring and the two unnamed updates that kicked off the year in January and February. It’s a lot to keep track of.

Google emphasises that changes are always being made to the algorithm, but the fact that substantial updates are being made public, and in some cases contain explicit details, is significant.

While many have noted that obviously bad sites have been the main victims of these successive updates, it’s worth being cautious about the potential impact on affiliate businesses if large re-evaluations of quality are being made more frequently, and with more far-reaching consequences for rankings.

So, looking at the impact of these updates, what can we identify as being the key elements of a sustainable SEO strategy for affiliates?

The emphasis on content in Google announcements is clear, but it’s also worth noting that it’s quite rare for Google to mention off-site SEO/link acquisition at all.

A cynic might suggest that Google is more likely to discuss content as it’s an area where it has increasing capacity to evaluate and assess in a more human-like way compared to years past. At the same time, it is less equipped to identify with certainty a link acquisition strategy.

It’s worth noting that while Google’s advice is still heavily against what it calls ‘link schemes’ where there are reciprocal relationships between publishers, or where money changes hands/bartering occurs, it’s much more likely for links that search engines perceive as potentially ‘inorganic’ to be disregarded rather than penalised, except in the most egregious cases.

Peculiarly, multiple notable personalities at Google have publicly praised the discipline of digital PR, which utilises creative campaigns/influencers and ambassadors/newsworthy data and so on to earn media coverage and links.

One might think that Google would take a similarly negative view of this approach given that the earned links are achieved as a result of a purposeful campaign rather than naturally occurring, but as marketers and SEO professionals we shouldn’t criticise too harshly. It’s another string to our bow that can drive SEO forwards and some of the most effective affiliates are becoming truly expert in this space.

While these attention-grabbing campaigns manifestly can have a big impact on rankings – particularly when links are earned on sites like CNN, Le Monde, Welt and other global news outlets – it’s worth taking an experimental approach to more conventional tactics.

This starts with viewing linking content as important as the link itself; it’s an area often overlooked, particularly in gaming – but as we’ll touch on later, it’s not somewhere corners can be cut. With a finite pool of linking-friendly sites for affiliates, standing apart through quality content – both on and off-page – is a must-have strategy.

Returning to the algorithm landscape, there’s a cruel irony in the fact that the aforementioned product reviews update may yet hit some of the savviest affiliates the hardest. While the update was by and large unarguable, aimed as it was at promoting expert and insightful opinions at the expense of thin content, it was actually a side announcement to the wider rollout that could prove to be most relevant – and damaging – to the gaming industry.

Many of the more conscientious affiliates had utilised schema markup to enhance their gaming operator reviews, allowing smaller names to punch above their weight in some territories through capturing relevant featured snippets. However, Google’s content update now expressly rules out “prohibited, regulated or harmful products” from achieving rich results. This is believed to be part of the company’s self-attempts to ‘cleanse’ its results from being seen to expose users to potential harm, possibly to counteract the impact of its stance of allowing ads from regulated sportsbooks in Ontario and elsewhere.

While the policy expressly prohibits gambling-related products, at the time of publication its full impact is yet to be felt, with gaming product schema still yielding rich results in the SERPs.

Elsewhere, despite being compared to the behemothic heights of Panda upon its announcement, the helpful content update has proved to be less catastrophic than many feared – at least so far. Aimed at reinforcing the importance of creating content for humans rather than search engines, on paper the announcement seemed to be one of the most substantial updates for a number of years. However, particularly in gaming, which is so tightly competitive and regulated (and therefore savvier) than a lot of other niches, the types of content practice against which Google has gone to war have long been considered antiquated.

The main takeaways for affiliates from this update, and others that have both succeeded and preceded it, is that acknowledging and addressing user intent is absolutely critical to delivering a successful organic content strategy. In short, now more than ever, affiliates must put themselves in the shoes of a prospective customer.

Are they adequately answering that customer’s question about the brand they’re promoting? Is the user satisfied that the person writing the review of the operator in question really knows their stuff? Has the reviewer gone to all lengths to provide a hands-on account of using a particular site or product? Has the site been exhaustive in covering a particular topic area, rather than writing about it because it’s currently trending? All common-sense points, but crucial ones nonetheless.

Knowing your stuff and proving your credentials don’t necessarily go hand-in-hand, of course, which is why we bring your attention once again to everyone’s favourite buzzword: E-A-T. In the days of expert product reviews and helpful content being promoted, it’s absolutely critical that brands do all they can to demonstrate their trust factors at site, page and individual author level.

Even if it feels too self-congratulatory, it’s still well worth shouting about your industry awards, Trustpilot rating and number of years in the game. If you’re outsourcing your content, ensure your writers are bona fide experts in gaming, verifiable and transparent in terms of their online presence. If that means investing more in the short term, it’s likely going to save a lot of pain in the long run.

Despite recent Google updates appearing less unambiguous in their messaging, as is the norm, clues have to be gleaned from what is both stated and unsaid. While it’s clear that digital PR is being rewarded from an off-page perspective, it’s not the only way to create additional added value through backlinking. Content of course remains king across the board, with the emphasis for 2023 on meaningful, user-intent-centric experiences from both an on and off-page perspective. 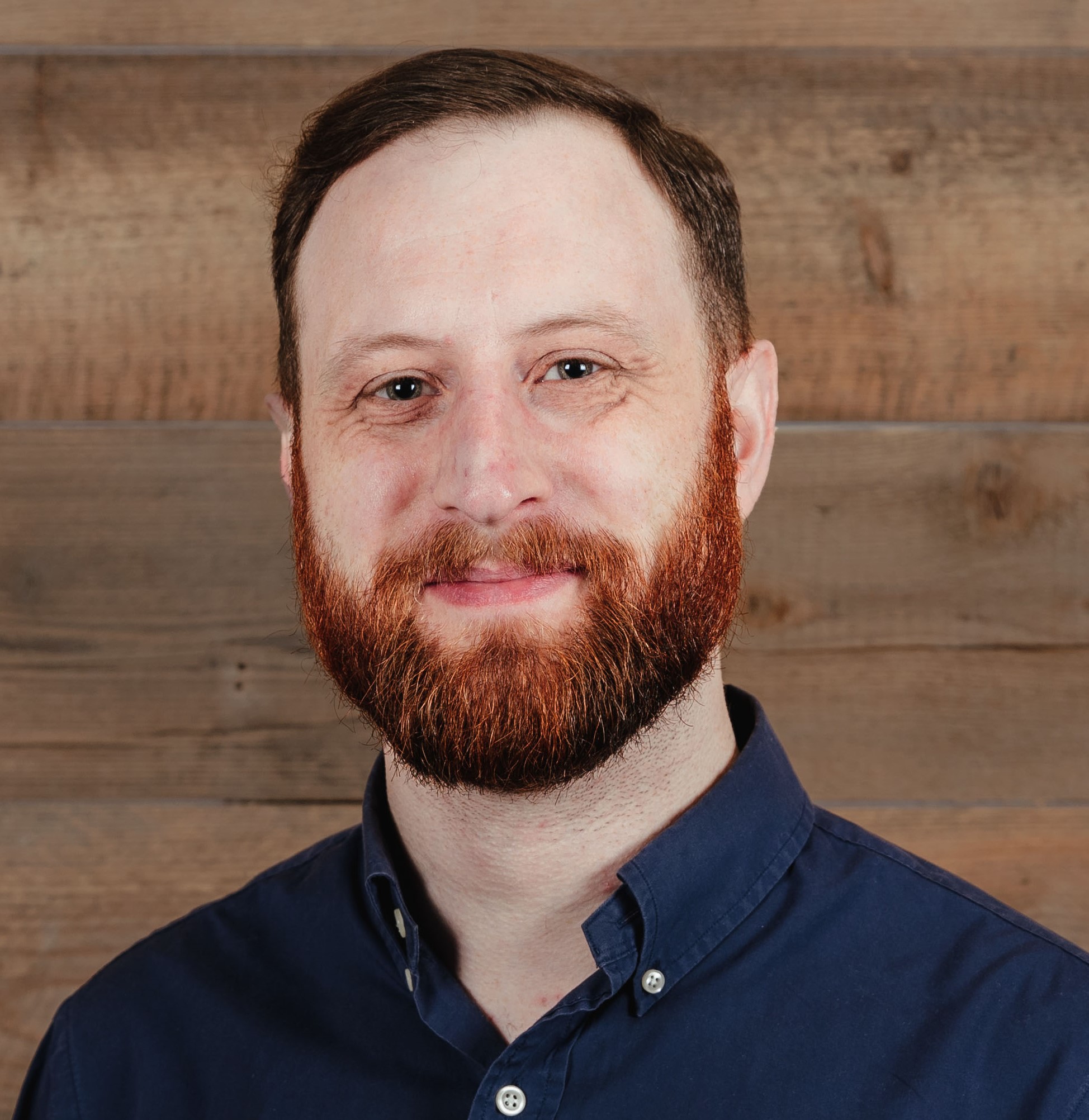 Chris Mawson
is head of SEO at ICS-digital, an international content, translations and digital marketing agency serving igaming brands across 100+ languages. Chris draws on his content expertise and deep understanding of technical SEO to oversee the implementation of marketing strategies for the biggest names in gaming.
www.ics-digital.com

Martin Calvert
is marketing director for ICS-digital and ICS-translate. The sister agencies work globally across multilingual SEO, content, digital PR and translation with a core focus on highly regulated industries.

Image by Mohamed Hassan from Pixabay