Kindred Group is to donate its front-of-shirt sponsorship space with two football clubs to promote this year’s Safer Gambling Week. 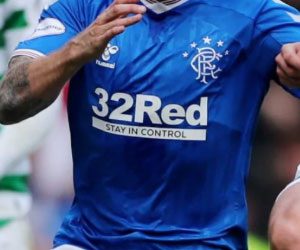 Bespoke branding will appear on the shirts of English Championship team Middlesbrough and Scottish Premiership club Rangers in games taking place during Safer Gambling Week 2022, which runs from 17-23 October.

The “Zero % Mission” branding will replace Kindred’s Unibet logo on both teams’ shirts.

As part of its Zero % Mission strategy, Kindred is aiming for 0% of revenue to be generated from harmful gambling by the end of 2023. The latest data released by Kindred showed that 3.3% of revenue was derived from high-risk players during the second quarter.

Middlesbrough players will wear the special shirts during Championship matches against Wigan Athletic on 19 October and Huddersfield Town on 22 October, and Rangers for the Scottish League Cup quarter-final clash with Dundee on 19 October.

Additional digital “Zero % Mission” branding will also be visible across official club channels including website and social media, LED advertising and other screens.

“We’re committed to implementing a new kind of sponsorship model together with the clubs and communities we support,” Kindred’s UK general manager Neil Banbury said. “As we enter Safer Gambling Week, it’s a good time to reflect on the continued progress we have made in terms of protecting customers, as well as the improvements we continue to make through advances in our technology and processes.

“We are on a journey and still have further to go, but we are confident that our approach is delivering results.”

Meanwhile, Middlesbrough commercial director Lee Fryett noted that Kindred’s sponsorship of the club allows it to support a wide number of organisations year-round through its own charity arm, as well as providing funds for the club itself.

“We’re delighted to support and facilitate this initiative as part of Safer Gambling Week. Our partnership with Kindred is one that allows the club to continue to invest in all elements of our operations, including the MFC Foundation. In turn, this means we can fully support so many great activities and programs that provide tangible benefits to local communities.”