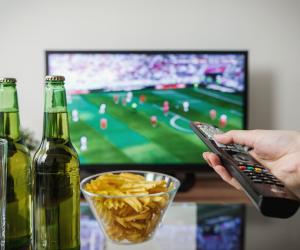 An ACMA investigation found that throughout July and August 2021, Seven aired 49 betting promotions during its coverage of the summer Olympic Games on its Sydney, Melbourne, Brisbane, Perth and Adelaide broadcasts. Seven was also found to have made adverts available on its live stream of the Games.

A separate ACMA-led investigation also discovered that Nine broadcast a gambling advert at 8.21pm during the half-time break of the National Rugby League grand final on 3 October 2021.

Rules introduced in March 2018 banned all gambling adverts during broadcasts of sports events on Australian television between the hours of 5am and 8.30pm, with this ban having also been extended to streaming services in September of the same year.

Gambling adverts can be shown after the 8.30pm watershed but are restricted to defined breaks. For long-form events such as the Olympics, broadcasters and streamers must not show adverts from five minutes before the start of the first event of the day until 8.30pm, and not more than once every two hours after that time.

In response to the findings, Seven and Nine each entered court-enforceable undertakings with the ACMA, requiring them to implement systems to avoid breaking the rules again and refresh training for staff responsible for the scheduling and broadcast of gambling adverts during sports programming.

Seven and Nine also track the complaints and responses about gambling advertisements, while both broadcasters must report back to the ACMA on training and the effectiveness of their new systems and practices.

In addition, Seven was issued a formal warning for its live stream breaches.

“These rules exist to address community concerns about excessive exposure to betting promotions,” ACMA chair Nerida O’Loughlin said. “Both Seven and Nine are well aware that they have to keep these ads to certain times,” Ms O’Loughlin said.

“Many families enjoy watching sport as a shared activity and parents worry that children exposed to these ads may normalise betting as a part of sport.

“It is disappointing that both networks have failed to meet their responsibilities on such high-profile sporting events.”