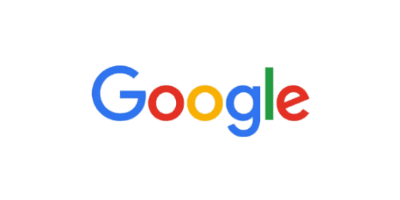 A single complainant came forward over the three adverts, two of which appeared on the Google search engine and the other on Bing. All three adverts were published in May this year.

The complainant, who understood that the Lotto games provided an opportunity to bet on the outcome of a lottery rather than participate in the lottery, challenged whether the ads were misleading.

Responding to the claim, Lottoland said it had previously agreed to make changes to its ads to ensure adverts referenced bets and betting. However, it said problems with third-party ad templates and settings meant these ads did not contain clarifications on this.

In the case of the Bing ad, Lottoland said a default setting meant the relevant parts of the ad were inadvertently generated by a combination of random words from various online sources that were automatically published, while clarifications for bet and betting were not.

Specific references to “£209M US Powerball Lotto” and “£56m Megamillions 6for1”, Lottoland said, were taken from its website and used to create an ad, adding that Bing had confirmed the setting has now been deactivated in the UK.

Turning to the first of the two Google ads, Lottoland said this was a Responsive Search Ad (RSA) and, in line with previous assurance, it had made updates within its Google account to “pinned terms” in order for ads to reference bet and betting.

For the final Google ad, Lottoland said this was an expanded text ad and that the algorithm Google used for creating ads omitted some key words. It added that the ad had now been discontinued following the notification of the complaint.

Irrespective of these explanations, Lottoland said in all of the referenced ads, indications were given that the offer being advertised related to a service provided by Lottoland, with the operator being referenced by name in each advert.

Lottoland added that the ads did not reference the “Irish National Lottery” and therefore were not misleading; while there was no real risk of confusion or conflation customers would not reasonably consider that they were playing the National Lottery.

However, despite Lottoland’s response to the claim, the ASA decided to uphold the single complaint.

In its assessment, the ASA noted the use of the term “Lotto” in the ads, as well as references to “Irish Lottery” and “US Powerball Lotto”. The ASA considered in that context and in the absence of any qualification, consumers would interpret the term “Lotto” to mean a lottery and that Lottoland provided an opportunity to purchase tickets for draws.

The ASA said consumers were likely to associate lotteries with contributing to charitable causes, and that it considered the claim “Support UK charities here” was likely to reinforce the impression the service being offered was a lottery.

However, the ASA also said it understood the ads related to a service whereby consumers could bet on the result of lottery draws.

Referencing the first two ads, the ASA said it was clear players could choose numbers in the same way as playing lottery games, but this was not connected to the lottery operator. For the final ad, the ASA said this referred to a random number generated lottery run by Lottoland and consumers were not playing in the lottery but betting on the outcome of the draw.

Concluding its findings, the ASA said the adverts were likely to mislead consumers and, as such, breached CAP Code (Edition 12) rules 3.1 and 3.3 (Misleading advertising).

The ASA said the adverts must not appear again in this form. It also warned Lottoland to ensure future ads do not mislead by omitting the fact the service offered the chance to bet on the outcome of a lottery, and to ensure references to betting were clear and included in the ads.