Finnish gaming monopoly Veikkaus will roll out new marketing controls after confirming it will accelerate the introduction of a social responsibility strategy. 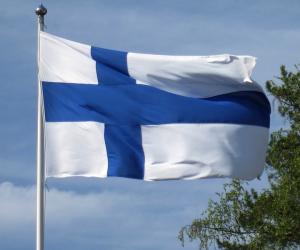 The new guidelines for marketing will be implemented in the wake of a controversy over an advertising campaign that critics claimed encouraged irresponsible gambling.

In August, Veikkaus suspended all purchased advertising across online, social media, television, radio and print platforms, with the exception of marketing for the Lotto, Eurojackpot and Vikinglotto products, pending the results of a review into its marketing strategy.

Following the review, which included independent recommendations from public affairs agency Tekir, the operator claims to have developed a new, socially responsible approach.

“We have laid down new guidelines for Veikkaus’ responsible marketing,” chief operating officer Nora Vähävirta said. “They affect the volume, content, supervision, and processes of marketing. We are about to create a new corporate culture for marketing.”

Veikkaus, which is also set to bring forward the planned introduction of compulsory identification on slot machines, has come under increasing pressure in recent months, with chief executive Olli Sarekoski having acknowledged the ongoing debate about the role of the operator in Finnish society.

“Public social debate has been rightfully concerned about whether it is acceptable that those who are in the weakest position of all have to suffer to benefit the common good,” he said. “The fact that the money goes to society and is further allocated to good purposes is probably not enough anymore to justify the problems caused.”