Clarion Gaming’s iGB brand has been named as a finalist in the Best International Trade Show category in the 2022 edition of the prestigious Exhibition News Awards. 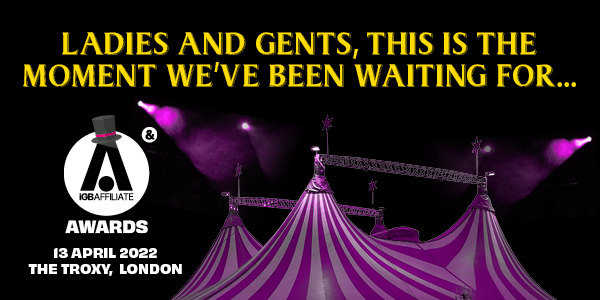 iGB Live!/iGB Affiliate Amsterdam will line up against international events from the hospitality, energy and manufacturing sectors.

The finals will take place on 18 March, less than a month ahead of iGB Affiliate London at the ExCeL Exhibition Centre from 13-14 April.

“It is a huge honour for iGB to be shortlisted alongside some really successful and notable event,” iGB brand portfolio director Naomi Barton said.

“It is a great credit to the Clarion team, to the team at the RAI Amsterdam and of course to our community of visitors, exhibitors and sponsors who worked so hard and with such energy to deliver what was a record-breaking edition.

“The metrics used by the judges highlight exhibitor satisfaction as a key criterion and the post show independent research conducted by Explori placed last autumn’s edition of iGB Live!/iGB Affiliate Amsterdam among the top 10% of events benchmarked with visitors, and in the elite top 2% for exhibitors.

“To be shortlisted is a great achievement in itself, and to go any further would represent a perfect run-up to welcoming international visitors to ExCeL in April.”

Barton added that preparations for iGB Affiliate London continue to progress, with a total of 159 exhibitors and sponsors drawn from 29 nations confirmed.

“In physical terms, attendees at April’s event will experience an event occupying three of the exhibition halls at ExCeL – made up by a compelling blend of established names and exhibitors who will be making their debut appearance at iGB Affiliate London,” Barton said.