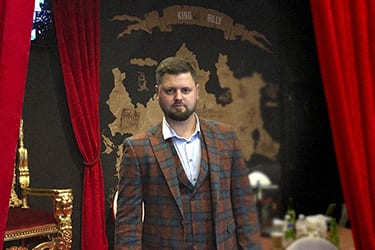 Deutsch. Dutch. Spending time with speakers of both languages at various shows and exhibitions has made me appreciate their similarities. For example, I have been informed by a linguist-turned-affiliate (yes, they do exist) that both are western versions of the Proto-Germanic language.

Regarding differences? From what I can see, my German affiliates and friends tend to be obsessed with perfection. Dropping by our organisation’s stand at the iGB Affiliate London show last year, some would even scoff at our live actor’s costume buttons not being properly polished. (For those of you not at the show, we had hired an actor to ‘play’ His Majesty King Billy.)

On the other hand, their Dutch colleagues seem very versatile, adaptive and practical (hardly surprising when you consider the sea has been threatening to flood their homeland for centuries). However, on the brink of legislative changes in both countries, when it comes to online gaming, the two countries do indeed differ. Let’s take a detailed look.

Das ‘grey zone’ and the drop-off of traffic

You don’t need a crystal ball to predict that there will be a grey zone-like period for the German market before regulatory bodies find the appropriate ways and means to block transactions of non-regulated operators.

However, within six to 12 months of regulations being officially imposed, I expect a considerable drop-off of traffic among regulated operators. We have seen this happen elsewhere and we will see it repeated here: draconian 2020s-style legislation and rules will limit the freedom of gameplay.

We need to keep in mind that the German regulators plan to impose various limits for deposits and they will probably not shy away from banning one of the most lucrative sectors of online gaming: live casino games. This will result in legions of unhappy players trying to bypass the situation by playing at no-restrictions, no-taxes, non-regulated casinos.

Furthermore, players will definitely face complications with fiat payments, which could result in a significant amount of traffic moving towards pure crypto or hybrid fiat/crypto casinos, operating under a Curacao license.

In all scenarios, I can’t envisage any organisations escaping unscathed from the situation. When Germany sneezes, all casinos catch a cold.

The Dutch hope – Netherlands may have a cure

On the Dutch front, the local regulations seem to give more reason for optimism than those in Germany. First of all, regardless of the volume of traffic being lower than its bigger neighbour, the general demand is higher for Netherlands and the average LTV is definitely higher.

I do expect to see fewer restrictions from the regulators. The Netherlands has always been an open-minded country where freedom of choice has been of paramount importance. I think that this will be illustrated once again here and that regulated operators will find themselves armed with new ammunition.

With crypto allowed for Curacao brands, the Netherlands is not likely to play against its own territory and will most likely leave the grey Curacao zone as it is. Usually, governments do not bite the hand that feeds them, and I don’t expect the Dutch government act any differently.

With the current state of things in mind, we should expect a surge in demand for local Netherlands licensing and a surge in traffic itself. The word from the affiliates (who can, best of all, “sniff” the weather changes) is that the future of the NL igaming sector is extremely promising. Many affiliates have already started to increase their investment in the affiliate sites.

However, we should also note here that there are a number of affiliates who have decided not to enter the NL grey zone and have opted for expecting regulations to take effect. They believe that this will open doors to them for long-term operational opportunities.

This makes absolute sense seeing as EU citizens, and the Dutch in particular, tend to abide by legislations in their work, play and every aspect of life.

Thus, we should also expect a general traffic growth, after the upcoming regulations, around the autumn of 2021.

Ruslan Legenzov is the Head of Affiliates (aka Lord of Affiliates) at King Billy Casino. King Billy Casino is a new generation Curacao and MGA-licensed online casino, available in six languages (English, French, German, Finnish, Czech and Japanese) with an impressive record of 12 awards, accreditations and nominations in only four years of operations. King Billy has created a superb user experience by focusing on the legend of King Billy and his kingdom and treats all players with the attention they deserve.