With white label providers now coming under pressure from the Gambling Commission to enforces its regulations, Phil Blackwell asks if too much is now being expected of GB licence holders 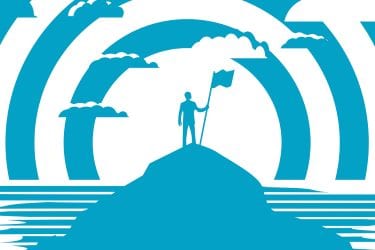 Another month, another Gambling Commission warning. It was white label providers’ turn in the compliance spotlight in September following action against two prominent licence holders. EveryMatrix and FSB Technology felt the wrath of the regulatory body over the summer, with the former ultimately deciding to withdraw from the UK white label market completely after having its operating licence suspended. September’s timely ‘reminder’ from the Gambling Commission highlighted Provision 1.1.2 of the Social Responsibility Code, which states that licensees are responsible for the actions of the third parties with which they work. In context, the use of the term “third parties” relates directly to white label partners, but of course in reality, it also extends to affiliates, media partners and all other contractors. While this may look like a new warning, it’s actually nothing more than a repetition of previous statements, increasing the pressure on licence holders and further distancing the GC from having to adopt the burden of enforcing its own regulations. Is the Gambling Commission asking too much of licence holders or are licence holders simply taking too much on? Let’s take a look.

In the last issue of iGB Affiliate, I discussed how making operators completely liable for the actions of affiliates would inevitably result in compliance standards falling short of the Licence Conditions & Code of Practice (LCCP). It is simply not possible for the majority of operators to acquire players, act as proxy regulators and still remain profitable. In the end, something has to give – and it won’t be money. The same is true for licence holders operating a white label business. It is also further compounded by the fact that those white label brands may themselves work with hundreds of affiliates of their own. Licence holders are suddenly twice removed from areas of potential infraction but expected to be fully responsible for preventing them. It is not uncommon to see the following structure in a very modest white label business, also running its own B2C brands: In the above structure, the licence holder is responsible for: That’s a total of 4,823 individual areas of responsibility for a single licence holder to manage and maintain in accordance with every line of the LCCP. This is an impossible task for all but the very largest companies and likely one of the reasons why we see so little innovation in the white label sector. It’s safer to run the same offer across 50 near-identical sites, than it is to open the possibility of non-compliance with 50 unique sets of terms and convoluted welcome packages.

Although the example structure demonstrates the difficulty of managing white label compliance, it doesn’t address the root cause of it. There is a strong argument that the GC position has remained unchanged for years. Remember, its latest white label warning wasn’t an announcement, but a reminder. Should we instead be blaming the greed of licence holders that have allowed their businesses and associations to grow without consideration of their regulatory obligations? Or, to put it less diplomatically: is the industry having more children to claim more benefits? I believe there is certainly an element of this. The rush to launch new skins to sit atop the ‘new’ categories of affiliate sites is a symptom of the much-deployed churn-and-burn dynamic of white label operators. The industry is stuck on a runaway hamster wheel, continually chasing new players with new brands to make new money. Everything is new, except the rules to which they are bound.

WHOSE FINE IS IT ANYWAY?

Regardless of the cause, the loss of control is real. The question should really be about how order is regained and regulation is enforced in a way that minimises logistical impact and preserves the financial benefits of operating within the industry. There have been rumours of the Gambling Commission making white label operators undertake the same checks as full licence holders. But unless they are also accountable in the same way, this will do very little to ensure ongoing compliance once approval has been achieved. However, the effects for new white label operators could still be profound. The increased costs of launching a brand may no longer be affordable or worthwhile, compared to the alternative opportunities available in the still unregulated affiliate space. A reduction in white label B2B partners will result in a reduction of revenue for licence holders, a further shrinking of bonuses, less investment in products and the possible adoption of previously outsourced brands in-house. But then, perhaps this is the answer after all. A general contraction of the white label market will only reduce a business’ exposure from over 4,000 possible vulnerabilities to a much more manageable figure. There is no easy solution. But, without any solution, the Gambling Commission will be left with no choice but to continue to exert its authority, further damaging our industry’s already tarnished reputation and hitting everyone where it hurts. The effects of this will be compounded if the industry continues with its inconsistent approach to social responsibility. Just when we think the industry is making progress, we continue to undermine ourselves, one example being Kindred Group-owned 32Red. The brand came under intense political and public scrutiny at the beginning of August for its announcement that Derby County’s new signing Wayne Rooney, widely reported to have run up huge gambling losses over the years, would wear the number 32 shirt as part of its sponsorship deal with the EFL Championship club. The brand then regained some credibility in mid-September by announcing its intention to extend its responsible gambling messaging to such football club partnerships, ‘Stay In Control’ appearing beneath its logo on the shirts of Leeds, Middlesbrough and Preston North End, as well as Derby. But today as I write this, just days later, I read about 32Red’s Google ads being banned by the Advertising Standards Authority for bidding on the child-friendly keyword “Jack and the Beanstalk”. As always in gambling, it’s a case of one step forward, two steps back. We can only expect more warnings, more fines and more criticism unless there’s a concerted effort to show more respect for the regulations that govern us. In the world of smoking guns, what we need is an amnesty.