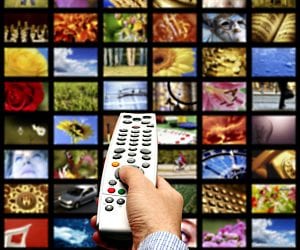 Live-streaming services such as Twitch and content destinations such as Netflix are being rapidly adopted, and TV and social media are continuing to merge. Can these developments provide a much-needed shot in the arm for marketers looking to differentiate their brand, asks Mark McGuinness of eSportsbet.com

Before the web, the humble TV set in the living room was the focus of attention in most households. Families gathered around for passive ‘content’ in the form of entertainment, news and sports events. As a content medium, TV still has billions of advertising spent on it every year. As consumers, we still tend to trust what’s advertised via clever content creation on our 4K HD, OLED, curved or uber-smart TV packed with the latest tech and preloaded apps.

We are now without doubt a society of multi-screeners. We have access to many more TV channels, as well as catch-up TV and the ability to view live-streaming content on second screens (smartphones, tablets or laptops) or third screens such as smart watches. Screens of some description pervade every single aspect or our lives. In fact, 90% of all our media consumption and social interactions today is screenbased, and I’m not even counting the screens embedded on smart appliances and the internet of things in general.

The borders between social commerce, mobile commerce and conversational commerce and how we access entertainment or infotainment services are blurring more and more. Can these segments, often referred to collectively as social TV, help the igaming industry in the unending battle to win the eyeballs, minds, hearts and of course gambling wallets of players?

Social TV is a continuing trend in digitally based entertainment broadcasting content services. It’s more than broadcasting yourself, as in YouTube. It’s more than the social media communication interaction related to watching television or related TV content. Social TV allows engagement between the content creator or producer and the content consumers. Sure, TV no longer commands our full attention as it once did. In fact, some analysts now refer to TV as the background or indeed the actual second screen itself, yet big retailers are still selling and shipping millions of TV sets every year. I can’t see behemoths such as LG or Samsung shutting up shop any time soon. However, TV has become one of the most common screens used simultaneously with other screens. Around 77% of our time spent watching TV is spent with another screen.

We are also witnessing a seismic shift in the social TV programming content schedule. For example, who would have thought that TV audiences would engage with the highly successful video gaming concept of POV (point of view)? An example of POV is Gogglebox, which launched in 2013. It has families and friends in their living rooms watching weekly British TV shows and has amassed millions of regular viewers, spawned various spin-offs and made celebrities out of its participants.

At the other end of the spectrum of this POV-style concept we have Twitch, the exceptionally popular live-streaming esports gaming content platform. It’s where gamers watch other gamers play the latest League of Legends and other video games. Twitch’s numbers are staggering: it has 15 million daily active users. So popular is it that Amazon paid close to $1bn for the privilege of ownership.

Social TV has grown significantly over the last few years, driven by the continued take-up of smartphone and tablet usage. Viewers watch TV and interact via social platforms such as Twitter and Facebook with other fans. In fact, Twitter still claims it’s the number-one destination for TV content sharing, but I would say it’s Facebook.

Of course, we do already have examples of winning formats for social TV and second-screen betting, such as The Million Pound Drop Live, which ran from 2010 to 2015 and was a BAFTA-winning game show broadcast live on Channel 4. The show used an omnichannel approach to social networking sites such as Facebook and Twitter to find contestants and to promote the show. Viewers were encouraged to play along online at the same time, with statistics on their performance appearing on screen during the broadcast and being read out by the presenter.

There are many challenges for a truly omnichannel approach to social TV. The screen and whatever device or platform it sits in is just the delivery channel – it’s the content that matters. That’s why Twitch and Netflix are so popular: it’s all about content destination. TV shouldn’t, therefore, be thought of as a screen just to advertise around. It’s all about the content. Those ‘other’ screens are used to watch more content.

Content is most definitely still king and in the end those in igaming, both affiliate and operator, who win will be those who look at the supply chain and the customer insights that inspire discussion and excite an emotional response. Emotions become hardwired in the brain and build brand loyalty and differentiation.

Over the last five years, many operators have extended their supply chain management and control to acquire games development companies, or invested in social content creator studios to produce exclusive games with the commodity being ‘content’, both access and distribution. In the same way, this year could see some acquisition activity, with TV production companies used to developing socially innovative gaming content in the form of TV and reality shows deploying the content across different screens and platforms. That would be truly transformational.

We need to learn what’s driving customers by looking at the growth in social TV, live-streaming event sites such as Twitch and content destination portals such as Netflix. Perhaps the days of sitting in front of the TV watching a 30-second traditional gambling advert – but unable to comment on or interact with the live event as it happens in social betting terms – will seem a thing of the past. Of course, the industry and its supply chain have challenges with the General Data Protection Regulation in terms of customer acquisition strategies. However, affiliates know how toleverage their content strategies, and those who consider offering a social TV content experience component will always find customers to engage.