With Sky Bet already dipping their toe in the water, conversational user interface and chatbots are set to have a big impact this year, writes Mark McGuinness of BetOlimp. 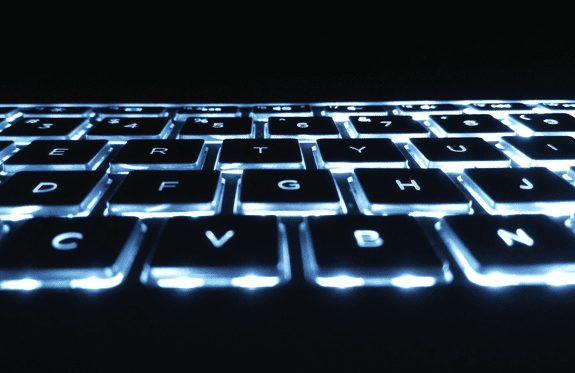 As we enter 2017, there is a sense of trepidation in some quarters of the igaming affiliate world. Why? Because last year they witnessed many high-profile trade sales as businesses within the supply chain sought future growth opportunities and scale or to protect market share within their part of the igaming ecosystem. Some felt this signalled the industry was in contraction, however it is far from it.

For others, 2017 heralds change to existing business models due to mergers and buyouts, as well as access to smarter technology, which assists in the battle to attract and retain gambling traffic sources.

The affiliate industry in igaming is coming of age, can compete with the very best digital marketing agencies, and is poised to lead the charge and unleash a wave of evolution and innovation.

The buzz and hyperbole around conversational commerce and the evolutionary transition from mCommerce continue to dominate Silicon Valley and media headlines.

It is easy to understand why ‘conversations’ are now the central transaction platform. Humans love to chat and are using messaging platforms for just about everything in our busy, connected lives via mobile devices.

Messaging is so straightforward and intuitive it can be regarded as a killer application. Conversational user interfaces, personal assistants, AI and chatbots where users request data in the natural language form that sit on top of the messaging platform’s infrastructure, are here to stay.

Some gambling companies are already dipping their toe in the conversational space. Sky Bet recently launched its new virtual recruitment chatbot, aimed at improving recruitment of the brightest minds in its business (see Figure 1).

Not only are we experiencing a wave of message-initiated chatbots, but now have conversational interfaces and devices that can hear, understand and respond to your every need.

Amazon is leading the way and has invested multi-millions in developing an ecosystem for the Echo product family. Amazon Echo is a wireless speaker and voice command device that springs to life with the voice prompt ‘Alexa’. The services range from voice interaction; music playback, playing games, making to-do lists; setting alarms; streaming podcasts, playing audiobooks, and providing weather, traffic, and other real-time data rich information. It can do all the mundane ‘daily stuff ’ allowing us mere carbon-based life forms to get on with living our lives!

For the doubting Thomases out there, Consumer Intelligence Research Partners has estimated that Amazon has sold 5.1 million of the Echo product in the US, with Amazon, notoriously non-committal on divulging numbers, stating they had sold nine times as many Echoes in the run-up to Christmas 2016 compared to the previous period. That’s some growth trajectory.

What’s more, Amazon has opened the floodgates to developers with its Lex platform. It’s incredibly clever move, similar to how Apple cornered the digital download space with iTunes. The Lex service allows developers to build conversational interfaces into any application using voice and text; thus Amazon starts to control the whole ecosystem with bots that can be deployed directly to chat platforms, mobile clients and IoT devices.

These conversational interfaces will continue to become meshed into the digital fabric or our lives. Why? We simply have too much information at our finger tips and too many apps to navigate. We need a filter or an equivalent of a PA, and a personal digital assistant provides that, a single point of contact, conversational interface that effectively helps control our working and social lives.

It’s not a daft as it may seem. Many startups are using bots as a way to scale their business and user base quickly. Take for example Swell Yeah!, an app for seeking crowd-sourced opinions, which used bots as a new marketing/user acquisition channel. A bot deployed on Facebook Messenger had over 100,000 users. Of course, the bot’s success all depends on what you are targeting as well as the UI and UX performance, but the potential is clear.

For the igaming affiliate industry looking to attract a younger, more digital-connected audience that has some affinity to slots, bingo, poker, sports betting, or indeed esports, conversational bots just might be the way to go. Messaging platforms and connected smart devices may be largely unchartered territory for affiliates. But given these are the new digital hangouts for potential consumers, the development of a chatbot that seeks the best odds or non-deposit bonuses’, to the placing of in-play bets, or just provides a companion app, is but a message sentence away.