Having a former casino owner in the most powerful office on Earth has raised hopes of a more favorable political reception for igaming. Don’t hold your breath, writes Joe Brennan of FastFantasy, who was also heavily involved in the passage of igaming regulation in New Jersey. 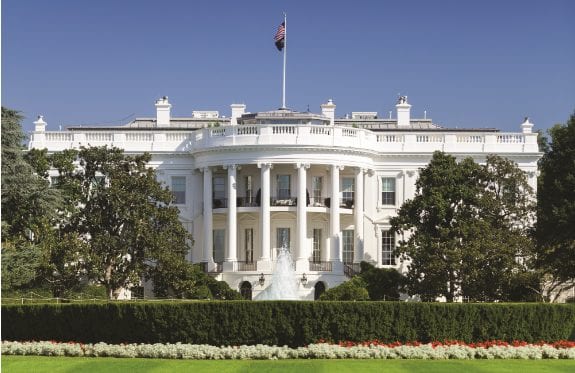 In the wake of Donald J. Trump’s surprise victory in the US presidential election on Nov. 8, many have asked what the former casino owner’s elevation to the most powerful job in the world would mean for the gaming industry. With a variety of issues in-play— the future of legal igaming, sports betting and DFS—it’s clear many will be looking to the new president to provide leadership and deliver on transformative policies to enable the industry to grow.

But, like most of the issues he campaigned on, Mr. Trump lacks consistency on virtually all of the key issues above, and many fear the incoming president is beholden to wealthy backers and their own personal agenda. There are odd parallels for the new man entering the White House and the man exiting ahead of him, boiling down to the probability in the end that he and his administration are unlikely to take decisive action on any of the matters at hand.

My own perspective on “Team Trump”—because one cannot discount the role his family will play—is shaped by the issues of sports betting and igaming in New Jersey. At the time, we had no idea these issues might rise to such prominence due to the unbelievable political ascension of one of the state market’s key players.

Mixed messages
To begin with, Mr. Trump’s track record on gaming is mixed at best. At a high level, his rapid rise in Atlantic City’s casino market, and his equally rapid entry into a cycle of bankruptcy for his gaming company, can be argued as an early case study in the over-extension and financial troubles that eventually spread to most of the brick and mortar gaming industry, especially in the wake of the global downturn post-2007.

His ignominious exit from the AC market—suing to have his name removed from the crumbling facades of his former properties—hardly seems the basis for a presidential administration that will have any special place in its heart for the casino industry. Yet even now, powerful industry forces are lining up to lobby in DC, hoping to seize on this season of change to breathelife into their own particular brand of gaming legislation.

For starters, the American Gaming Association has publicly stated that it intends to ask President Trump to back their push for expanded legal sports wagering through the repeal of the Professional and Amateur Sports Protection Act (PASPA). Supporters point to Mr. Trump’s comments in a 2015 interview with Colin Cowherd, where he stated his support for legal sports wagering. “I’m OK with it, because it’s happening anyway,” Trump said. “Whether you have it or don’t have it, you have it. It’s all over the place.”

Those comments are consistent with those Mr. Trump made in 2010, ahead of our statewide referendum in New Jersey, when voters by a 2-1 margin approved an amendment to the state constitution to permit legal sports betting at casinos and tracks. ”The sooner it (sports betting) can happen in New Jersey, the better,” said Trump. “Atlantic City has a lot of competition right now. It needs an edge.”

However, with the exception of that press statement, neither Mr. Trump nor his gaming company participated in the lobbying effort for the sports betting law that was eventually passed in New Jersey, nor were they willing to participate in the voter awareness campaign for the ballot initiative that led to the law. He and his company have been part of the effort to support Gov. Chris Christie (apparently a
long-time friend and until recently chief of his presidential transition team) and his challenges in federal court to have the NJ sports betting law enforced.

Mr. Trump and his company, though, have made efforts toward getting into the igaming industry that was legalized in New Jersey in 2013, something he was publicly in favor of a few years prior to passage of the law. “This has to happen because many other countries are doing it and like usual the US is just missing out,” Trump told Forbes Magazine. “It seems inevitable, but with this  country you never know if it’s inevitable.”

Mr. Trump’s comments came after his company disclosed in a securities filing it formed a joint venture for igaming that he, together with his daughter Ivanka Trump, and Avenue Capital Group, the majority holder in his casinos. “We have been looking at this for a while,” Trump says. “We have the hottest brand in the world according to many and we think we will do extremely well because of the Trump brand.”

Mr. Trump’s support of igaming legislation was limited to his public comments

But Mr. Trump’s support of igaming legislation was limited to his public comments. As with the NJ sports betting law, where again his casino business stood to directly benefit, Mr. Trump and his company did little to lobby state lawmakers for passage. Even after NJ green-lit legal igaming in 2013, Mr. Trump and his firm did not become an operator in the market, his casino company instead electing to partner with the Ultimate Casino brand (now shut).

And though what once seemed an issue where the gaming industry and igaming supporters in particular could see great hope for support for their cause with the new president, many now fear that Mr. Trump, through his supporters and new appointees, could in fact turn on the industry he so publicly embraced with his earlier statements.

Sheldon Adelson, Las Vegas mogul and long-time scourge of igaming through his intense lobbying efforts, was a financial supporter of Mr. Trump’s campaign, and has been named by the incoming president to the committee for his inauguration, along with Steve Wynn.

Mr. Wynn, after first publicly embracing legalization of igaming and securing a pre-Black Friday partnership with PokerStars, has since reversed course and indicated that he opposes igaming, though apparently only for competitive–not moral–reasons, preferring that players enjoy their games in his showy hotels.

Sheldon no-longer the Great
Industry supporters have long feared that Adelson and his financial resources would prove decisive in his efforts to push his igaming ban through Congress, and the Nov. 8th result surely has put a proper scare into them at the thought of a beholden Mr. Trump steering the ship of government toward a destination demanded by Sheldon the Great. But while pre-election, Adelson was clearly the top man in the relationship, based on his net worth, campaign contributions and successful casino business, Mr. Trump has now flipped the dynamic, becoming holder of the most powerful office on the planet.

It is unlikely that Mr. Trump, then, will immediately bend to Adelson’s will on an igaming ban, if at all. He is the top man now, and will no doubt do as he pleases, though what that may be is clearly known only by him.

The same could be said about sports betting. Though the AGA’s strong support and public declaration to push in Washington DC for what they consider crucial legislation for their industry, the picture is again unclear due to Mr. Trump’s early appointments. Woody Johnson, billionaire heir to the Johnson & Johnson fortune, has also been named to the new president’s inauguration committee. Johnson is owner of the New York Jets of the NFL.

The NFL is the leading and most powerful opponent of any efforts to lift the nationwide ban on sports betting, and Johnson has show no willingness to depart from his fellow NFL owners on this issue. Mr. Trump has enjoyed conspicuous support from NFL luminaries such as New England Patriots quarterback Tom Brady and head coach Bill Belichick, and the glamour of the league and its popularity in America may be hard for the new president to push back against.

However, a betting man might conclude that Mr. Trump’s trajectory on igaming and sports betting will change little from his historical precedent. While the new president in the past may have made supportive comments about each sector, and be closely aligned with sector opponents in planning his big presidential party, he’s likely to do little for either side in the fight beyond comments to the press.

Even when faced with direct consequence for his falling casino business, Mr. Trump did not act beyond a few comments to the press to secure what he insisted was a much-needed key to future success. Gaming supporters, though, can be forgiven this period of high hopes for their aspirations. “He was a former casino owner, he understands the business,” said Sara Rayme, AGA senior vice president, in a Bloomberg interview.

It is reminiscent of the high hopes for the man that preceded Mr. Trump in the White House. Barack Obama was awell-known poker player, reportedly one of the best in the US Senate during his time there. Surely, poker players reasoned, President Obama would look favorably on their efforts to pass a federal online poker law. Yet not only did Mr. Obama never through his office support those efforts, it was his Justice Department that brought down the industry in the US via the “Black Friday” indictments.

Given that historical example, perhaps the gaming industry should hope for benign familiarity rather than action from the new president, and simply get about the heavylifting of lobbying state legislatures and the US Congress to support their initiatives.