Is ranking well all about being relevant, authoritative and trusted – or are there other, more tech-based factors at work? Julia Logan examines what sets some sites apart from others. 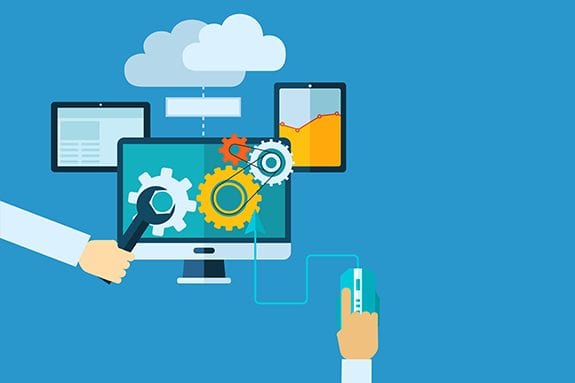 To compete successfully in organic SERPs today, a site should tick a lot of checkboxes. Some SEOs speak about “top ranking factors” but the way I see it, these ranking factors are often unique to the actual vertical or even specific SERP we are looking at.

To be able to compete in the SERPs you are targeting, you need to compare yourself with sites already ranking there. What are they doing well, what are they doing poorly and how does this affect their rankings? To answer this, I carried out some research on the top ranking UK casino sites. The methodology used for the study was as follows:

The top sites were checked for the use of SSL certificates; the presence of Google Analytics and Google Tag Manager; page speed; and the framework or CMS used by the site. Not all of these technologies directly impact the rankings of the sites in question, but they give us a glimpse into how these sites operate.

For the record, the tools used for the study were Sistrix for picking the keywords and collecting the SERPs, Google PageSpeed Insights for checking the page speed score and BuiltWith for collecting the data about technologies used by the sites.

The results led to some interesting conclusions, which can be summarised as follows:

1.UK online casino SERPs are heavily dominated by casino brands (often belonging to the same owners), with only a handful of affiliate sites able to compete successfully (Figure 1).

2. Brand casino sites underperform greatly in terms of page speed, with an average page speed score of 21 compared to 49 for affiliate sites (Figure 2). Neither is perfect but brand casino sites in this case are unforgivably slow. Surprisingly, it doesn’t seem to affect their rankings, even though page speed is one known ranking factor.

3. Using SSL certificates seems to be an industry standard as I didn’t find a single top ranking site without one. However, I didn’t check for possible problems with their implementation (such as subdomains with incorrectly set up certificates etc.) so this doesn’t necessarily mean that there are no issues with secure connection. This is something to keep in mind, as most popular browsers now warn their users if they are visiting a site without a secure connection. Not having an SSL certificate may not stop a site from ranking, then, but it will  certainly have a negative impact on the user experience.

4. Google Analytics is popular but not universal so this definitely puts to rest the urban legend that if you don’t use, or stop using, Google Analytics it may negatively affect your site’s rankings. Rather, it’s a question of available budgets as Google Analytics is free as opposed to, say, Omniture or Adobe Marketing Cloud. As a result, all six affiliate sites included in my study use it, whereas out of the 11 brands, two prefer other solutions. This is pretty much in line with overall Google Analytics usage trends (Figure 3)

5. Google Tag Manager (GTM) is another technology that casino sites seem to readily embrace: five out of the six affiliate sites and nine out of 11 brand sites use it. This shows their dedication to extracting and analysing user data – and in the case of brands, perhaps also proves that large companies’ analysts want to rely less on developers for tags implementation.

6. Across the 17 sites that I examined there was no real consensus when it came to the use of frameworks and content management systems. Sites belonging to the same company frequently use the same platform/ framework, which isn’t surprising as their developer teams probably just stick to what’s most familiar to them. Affiliates tend to stick to simpler, more manageable solutions such as WordPress.

7. Interestingly, one of the top ranking sites, appearing in the SERPs four times, is Swedish! Why Slotsia. com appeared in the UK SERPs is anyone’s guess: it isn’t superior to the other sites in terms of page speed and, being a Swedish-language site, it’s definitely not the most relevant one for the queries studied. Has Google not got enough worthy UK sites to rank?