The past 18 months has seen a ramping up of M&A activity in the gambling affiliate space, with Nordic founded and managed companies the main protagonists. We delve into the dealmaking activity by the likes of Catena, GIG, RakeTech and others, which only looks set to continue rising in 2017. 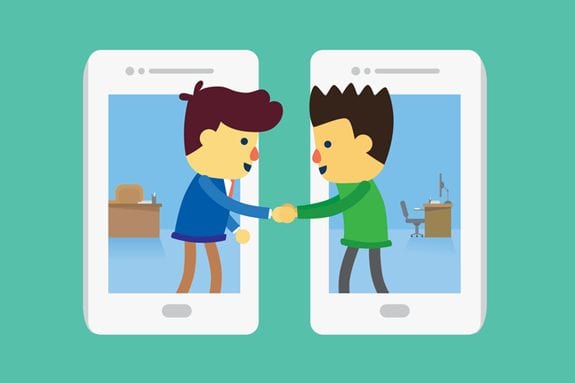 The M&A moves in the operator and supplier space understandably dominate the headlines, but an equally significant process of consolidation has been underway in the igaming affiliate world.

And going by the news that has appeared to date this year and regular exchanges with affiliate contacts, the pace of change is likely to quicken in the coming year. But first, a recap of recent events.

Finally, Oslo-listed Gaming Innovation Group (GIG) announced its affiliate arm had bought an unnamed affiliate network for €3.5m, following that news up a week later with the announcement that it had secured a SEK400m (€42m) bond, the bulk of which would go towards further deals in the affiliate space. On 10 March, it announced its largest affiliate acquisition to date, of Casinotopsonline.com for €11.5m.

These moves come on top of an already busy period of M&A in the affiliate realm involving not just the aforementioned firms but also XL Media and Cherry Gaming.

As can be seen from our tables, iGaming Business has tracked at least 33 deals within the last three years involving these businesses alone, and this doesn’t include a dozen deals in the past 12 months mentioned by RakeTech in its fund-raising news.

The dealflow, if anything, is speeding up and the amount of money involved in each individual buyout would also appear to be on the increase.

Deal sizes in the low single-digit millions of euros just one or two years ago are now rising into the €10m-plus territory, and in the case of Catena Media’s recent buyout of the US-based PlayNJ business, up to a potential US$45m if earnout targets are reached.

Edward Ihre, co-founder of live casino operator Codeta and a respected consultant in the affiliate space, says the spate of acquisitions makes sense in terms of respective valuations between the acquirers and their targets. “Being able to buy these assets at such cheap valuations makes sense when you can add their earnings to the balance sheet,” he says.

The multiples in question vary according to each deal. In terms of recent buyouts,

Catena’s Slotsia deal (see Figure 2) saw the company pay €3.6m upfront for a company which will generate an expected €300,000 in revenues in the first quarter of this year at margins of approximately 75%.

On an annualised basis this would equate to circa €1m in operating profit.

However, according to industry sources, Slotsia only started to generate meaningful traffic around June 2016 and recorded annual revenues of, at most, €500,000 at the time. With multiples based on historical earnings, Catena Media, therefore, has brought Slotsia on a multiple of just over seven times historical earnings.

Clearly, if a two-year-old business can attract such high multiples, it would suggest that the true value of affiliates is only just starting to be realised.

Should the company hit its earnout target of 130% revenue growth over the next two years a further €5m would be due, boosting the multiple to 10 times? Still, for comparison, we should note that the listed Catena Media is trading on a historic P/E of around 35 times.

Another recent deal, this time from GIG, saw it snap up an unnamed affiliate network with annual revenues of around €1.4m for €3.5m at a multiple of around four times EBITDA. Again, for comparison, until the second half of 2016 GIG was loss-making.

Robert Andersson, chief executive at Catena Media, says the deals were not necessarily cheap but he said the target businesses were often unstructured and without any underlying technology.

By plugging them into the Catena Media network – and linking them up with the company’s proprietary tech platform – his company believes it can substantially boost revenues once any acquisitions are under its wing.

Unsurprisingly, Andersson is a believer in the long-term consolidation story for the online gaming affiliate sector. “The affiliate space is becoming more professional,” he says.

“It’s a bit like the travel industry and what happened there with dozens of travel sites and affiliates consolidating down to four or five global players. We’re pursuing exactly the same strategy.”

Ben Robinson, director of boutique M&A specialist RB Capital, agrees and says consolidation in the affiliate space is no surprise if one looks at the underlying structure of affiliate businesses.

“Many affiliates operate at very attractive margins of 60%, if not more. This is harder for the larger players to achieve, scale brings higher operating costs and when PPC and media buying efforts are brought into the equation, margins of 25% are more common,” he says.

“Having said that, affiliates are still two or three times more profitable than many operators.”

Meanwhile, Catena’s sole focus on digital marketing sets it apart from the likes of GIG and Cherry Gaming (see Figures 3 and 4), which have similarly been making acquisitions in the space but as businesses are also focused on other areas of the value chain.

Superficially, Catena’s strategy bears similarities with XL Media, though as Andersson points out, the latter has diversified from the time of its 2014 float when it was almost wholly concentrated on the gaming sector.

Definitely pursuing the same strategy as Catena, albeit not with the same listed share price rating, is RakeTech and its chief executive Michael Holmberg agrees that in time the market will likely consolidate down to a “handful of companies that will substantially grow in size”.

“As on the operator side, there will be rapid growth by competitive newcomers, that will obtain market share and compete for traffic with the well-established larger companies,” he says.

With €70m to spend, Holmberg says the company has already begun negotiations with – and is evaluating – around 20 leads.

“We have an ambitious acquisition strategy and a dedicated team in place to follow leads and ensure we find as many suitable companies as possible,” he says.

… will lead to higher prices?

But he insists, much like Andersson at Catena, that prices are not on the rise and says RakeTech has a “very clear view of the market and how to evaluate these assets”.

“From a value perspective, we don’t see any reason why prices should go up given that our competitors know how to do their math, which we assume they know if they are taking part of the game long term.”

He says the valuation model looks at eight to 10 various parameters depending on the category. “Some of the parameters are SEO, size, content quality and history. Needless to say you need a deep understanding of SEO.”

Robinson of RB Capital disagrees with Holmberg and Andersson. “In addition to their optimal cost structures, simple economic forces would suggest that the value of affiliates will rise as a result of increased demand,” he says.

“The more savvy affiliates will recognise the scope for increased valuations and will work to maximise the value of their assets, thus increasing their overall chances of selling their businesses at a good price.”

On this last point, a related parameter is people and the key value they hold within these companies. Ihre points out that the most successful sites are driven by webmasters “spending 24-hours a day on this”.

Interestingly, those very people’s actual value is virtually impossible to quantify. “Once they have left the building, the biggest asset has gone with them,” adds Ihre.

Andersson disagrees, although the company’s prospectus when it floated in Stockholm did make the point that the number of highly-skilled professionals within the online casino SEO space was “very limited”.

“We’re building brands,” he says, pointing to sites such as AskGamblers, Slotsia and SBAT, which runs sites such as SBAT.com, FootyAccumulators and AccaTracker.

Luke Cotton, head of analytics and data at Digital Fuel Marketing, suggests that the value of the affiliate networks that are being acquired comes down to some simple metrics.

“Assuming they are keeping their traffic scores, then yes these deals are worthwhile,” he says. “The key is buying good businesses and keeping the staff.”

Where the consolidation will have an effect – in the long term – will be with the operators. Andersson portrays the affiliate acquisitions of GIG and Cherry as “nice-to-haves”, but Cotton points out that these businesses are hoping to control more of the supply chain.

This is reflected in GIG’s recent results which showed that of the 36,100 new firsttime depositors its affiliate arm Innovation Labs had referred in 2016, 19% were directed towards its own brands, which include Guts.com and Rizk.com.

“Will other operators join the chase? Generally, they have gone the other way in terms of acquisitions and have spent more time looking at games developers and other services,” says Cotton.

“That said, Sky Betting & Gaming has Oddschecker and others are likely to look at it and it might be a sensible strategy. So, yes, I’m surprised others haven’t taken that route.”

Looking ahead, the obvious issue for affiliates is if the biggest of them keep getting acquired, there will need to be independent ones ready to step in.