We talked with Harry Hugo to discuss the new era of influencer marketing, why they prefer to work with communities over individuals, and its potential to disrupt the hegemony of the big ad agencies. 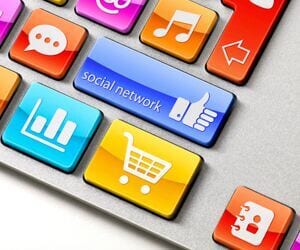 Influencer marketing has been around as a recognised discipline since the 1940s. What sets today’s incarnation apart and makes it so much more effective as an acquisition channel?

If you look at social media as an entirety, everything has become much closer and more personal than it’s ever been. The ability to get much closer and have a personal relationship without actually having a tenable, real-world relationship with those people is what really charges influencer marketing on social. It’s incredibly powerful. It’s also the draw of the normal person who is doing well. Fitness is probably the best example – you have people who have just set up fitness blogs and have become incredibly powerful, because it’s a massive craze, people follow them, like to get fit with them. These people are running two or three million followers on Instagram and YouTube pages, and that is a massive pull. Therefore, influencer marketing comes off the back of that, as we can use them to promote products, brands, services, with incredible retention from users. So it all comes down to that personal relationship. People feel they know that person as an equal. It’s also the highly instantaneous nature of the interaction on social. You can get that instant feedback, which is incredibly important in the modern world.

How do you identify and approach influencers, roughly what proportion do you sign up, and how many do you currently have on your books?

We don’t sign up people like Wasserman or a massive talent agency across the globe, such as CMG. We are very much a classic middleman. We have relationships with a lot of people, probably up to 1,500 influencers, but we deal with fan pages and groups, rather than individuals, covering stuff such as college humour, Liverpool Fans Indonesia, so communities of people who have come together around one particular thing. This makes our targeting of them with a brand or a service incredibly powerful, because we know what those people want and why they follow it. Whereas because if people follow a human being, an individual, they could be following them because they are good looking, because they have a nice car and they posted about it once, because they met them once. A million different things that might not actually be relevant to what that person does, or what that brand thinks that person is influential over. For example, a brand might think: “They are a TV chef, hold on we are going to use them because we’ve got a new food product, and they are going to have a lot of foodies following them”. But that might not be the case, as there are quite a lot of reasons why people follow someone, if they are just a normal human being. So, we fixed instead on communities. They engage their user base far better and are targeted to a much finer degree to a specific community of people, which is who we are trying to go after.

The influencers you sign up obviously have huge reach and potential, but which factors ultimately define which are most effective in practice among their peers/friends/followers?

The engagement rate is the main thing. How many followers do they have? How many people are they hitting to the amount of people who actually care about what they do? Which is why we chose communities over talent management. We found that people who are just individuals weren’t getting anywhere near the same level of engagement that communities were. What also defines their effectiveness is the content they put out, as well as its frequency and relevancy, which is obviously hugely important, and that comes down to the brands who instigate the marketing. If the content they want to put up on these pages isn’t relevant, then we are not going to do it. We turn away more business than we actually take on.

Users are not oblivious to the fact they are being commercially influenced, however pushing this relationship too hard can presumably undermine the credibility that made those influencers so effective in the first place. How do you ensure the correct balance is maintained, so users remain receptive and don’t unfollow, unfriend, turn off or block?

I think it’s 50/50. People know it happens and that influencers exist, but I don’t think they could spot 75% of influencer posts. However, I do 100% believe that everybody thinks people who have a lot of followers are getting paid, especially among the younger age groups. But I don’t think everybody could spot an influencer post, and it’s the authenticity of posting that we specialise in, to make things seem natural. If you look at Instagram, I think maybe 5% of the posts are paid for, but you wouldn’t know it, and what you don’t know doesn’t hurt you. And because you don’t know it, when this person posts about something this means that it’s hyper-relevant to the audience, and you accept it. People don’t mind being sold to, as long as that sell is relevant to them, can help them, or enhance their life, or enhance their experience with that product. It’s like being up-sold something in a shop. It’s a win-win situation.

What are the boundaries for influencers?

I think they can set their own boundaries. Some people don’t want to touch gambling products, alcohol products, all sorts of different things that they can be specific about. Obviously, there are legal boundaries for some things. On YouTube, for example, you have to be very clear if something is paid for. I think the boundaries will become more real and more will exist in the next few years, but at the moment, it’s a fairly free playing field, because not a lot of people know what is going on.

On which social channels is most influencer activity currently taking place, and what is the rough split between these?

Which metrics and/or criteria do you use to evaluate the effectiveness and ROI of online influencer marketing campaigns?

We do look at impressions and tweets, like a classic advertising campaign, but mainly to compare ourselves to the traditional forms of advertising, such as TV, which can’t go any further than this. Then we look at engagement, click throughs, sign-ups, registrations, conversion rates, every single metric can. That’s the beauty of digital marketing – that you can track everything, all the way through to someone making an action on an app or a product. We can also look at trending, where someone will get something trending in the UK which may be a metric or a KPI for somebody. Also, interactions on a hashtag, people replying to a hashtag. It could be anything.

How does the revenue model work for both influencers and the brands you work with?

For the influencers, it has to be instantaneous and has to happen now. We do thousands and thousands of micropayments a month, of £50, £40. My accountant thinks I’m the worst human being in the world! For the brands, we do different things, per campaign, on a by-project basis. Then there’s costper-metric, cost-per-engagement, cost-per-click, cost-per-impression. We are incredibly granular, we don’t make people pay for more than what we deliver.

What are the risks to the brands, if any?

The risk is not listening to us. Also, going in too deep, too quick. Feeling that influencer marketing is the thing to do and doing it yourself, which is the biggest risk. Not knowing your audience and your community, or exactly what you should be doing. Not knowing the content that people should be posting. Not knowing the quirks and traits of influencers. Not knowing how to communicate with them – the influencers I deal with are aged 15-25 and use WhatsApp, not email. All the communication is instantaneous, as are the payments. Another mistake brands make is not knowing what times to get them. There are so many things. All of this stuff – time, expertise, connections, relationships, payment – is a nightmare, and it’s a risk for brands to take this on themselves.

Studies have shown that the overwhelming majority of marketing-relevant infl uencing (90% in some cases) happens face-to-face. Would you say this balance is shifting, and users are becoming more trusting of online friends on social networks and blogs when it comes to purchasing/brand decisions?

Look at how much people are using their phones. Every waking moment is spent checking Snapchat, WhatApp, Twitter Facebook. I don’t have any numbers, but you only have to look at how much behaviour is changing. Everything has become so personal, everything is so attached to you, everything that means so much to you is running through social media platforms. That all comes together to form this dynamic where our whole behaviour is changing. Because of that and also because of the intimate relationship people now have with the online space, they become far more accepting and trusting of online friends, or influencers, whether they are people they are reading about or talking to all the time online. It’s just natural.

Among which demographics is your type of influencer marketing proving most effective?

It’s at its pinnacle among 16-25 yearolds, and it’s in sport is where is most effective. My background is in football sports marketing, especially in social, so that’s one area we really took hold of. But we’ve since done campaigns for National Lottery, Pot Noodle, Warner Music, and some fashion brands, but football is our main stakeholder in the demographic. That all comes from a background and relationships with those influencers. We’ve also done a lot of stuff with gambling startups to help them grow their user base. We also work with a lot of footballers, helping them with their social media.

So, what’s next for influencer marketing?

It’s impossible to tell. My company didn’t exist two years ago. I’m 21 now, and have no idea what’s going to happen in the next two years of my life, let alone the business! But what I can see is influencer marketing agencies becoming full-blown digital or advertising agencies and accelerating into the space currently occupied by the huge companies that made all their money in the first phase of the digital advertising era, such as BBH, Ogilvy, Saatchi & Saatchi. Perhaps those big agencies will say, “We need to get on top of what is happening here, and acquire these guys quick!” So, hopefully we will upset the applecart and scare some fat cats, who have been sitting on their paycheques dong really terrible campaigns across dying, metric-driven verticals such as TV and banner ads, into looking at something that is ultra effective and measurable, builds brand awareness and audience loyalty and actually increases ROI, which is influencer marketing. “People could be following an individual for a million different reasons that might not actually be relevant to what that person does or what that brand thinks that person is influential over. Communities engage their user base far better and are targeted to a much finer degree.” “People know it happens and that infl uencers exist, but I don’t think they could spot 75% of infl uencer posts.” “We do thousands and thousands of micropayments a month, of £50, £40. My accountant thinks I’m the worst human being in the world!”