Live casino has come a long way from its Asian roots, with recent results from European operators showing it has become an increasingly important vertical. 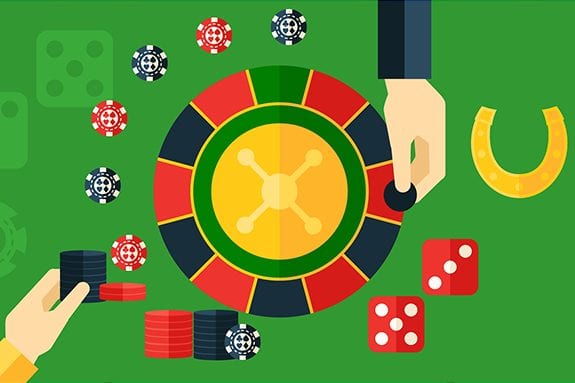 ONE OF THE SUCCESS STORIES of recent years for the online gambling product set has been live casino.The product’s popularity has grown in conjunction with an increased technological capability, both desktop and mobile, and with the greater acceptance of the format among consumers globally.

The evidence for this comes from Evolution Gaming, a leading supplier that’s a listed entity in Stockholm. The company’s results statements have been providing a running commentary on the pace of growth of the format and the increasing take-up in particular of mobile live casino.

According to its 2016 annual report, total operating revenues soared from €31.3m (£26.5m) in 2012 to €115m in the last financial year. Its EBITDA increased by an even bigger factor, up from €11.1m in 2012 to €44.6m last year.In the introduction to the results, chief executive Martin Carlesund proclaimed that a heady cocktail of new licensees, incremental growth from current customers, the openings presented by newly regulated markets and, of course, product enhancements were responsible for the 50% rise in revenues in the previous 12 months.

As witnessed by figures from the second quarter of 2017 (the latest available), growth has continued in 2017: revenues for Q2 were up 56% to €42.3m and EBITDA rose over 80% to €19.2m (the EBITDA margin rose six points to 45%).At the time of the annual results, Paul Leyland, analyst and founding partner at gambling consultancy Regulus Partners, said the 2016 figures demonstrated the continued and growing importance of live casino products and Evolution’s leadership within the European space.

“Significantly, live is now migrating well to mobile, with nearly half of Evolution’s revenues from mobile channels – and over half for leading licensees,” he said. “This is now broadly similar to the mobile penetration of NetEnt, a slots-led content provider.”

Live casino’s success is down to its ability to introduce players to online casino and is the “closest thing players get to walking into and playing games in a brick-and-mortar property, but within the private and comfortable confines of a player’s own personal space,” according to Kevin Kilminster, head of live casino innovation at Playtech.

For Ed Ihre, chief executive at the argely live casino-focused operator Codeta, the product has answered one of the demands caused by the rise of online — customers have begun to demand a more engaging experience to match the capability of the technology now at hand.

“They no longer want to play in isolation, they want to sit down at a real gaming table, interact with a human dealer, and play with actual cards,” he says“But they also want the convenience of doing this from the comfort of their own home, while commuting to work and so on, so being able to access these games from their desktop, mobile and tablet devices makes them even more appealing.”

He added that the suppliers had “really upped the ante” in recent years, bringing to market new games, new formats, products and features that he says have “significantly improved the player experience”.This is particularly the case with mobile. Amy Riches, head of marketing at Evolution Gaming, says the advances in 4G and Wi-Fi hotspot networks, alongside lower data plans for the players, have driven uptake, as have the increased screen sizes and the rise of the so-called phablet.

“The key challenge is creating a gaming experience on the smaller screen that is every bit as satisfying as it is on larger-screen desktops,” she says. “We don’t simply automatically resize a game to fit the screen; each game is tweaked for optimised performance on each device. Nothing is left to chance.”

Kilminster from Playtech agrees: “Most technical issues on mobile have been overcome and ultimately mobile is a technology carrier. The key is to be able to offer our products across any device, whether it be mobile, online or otherwise.“The product offering and user experience are equally, if not more, vital and we believe we have evolved rapidly to offer the best in class across these elements.”

Ihre says that mobile will be key to the future growth of live dealer in the years to come. “Mobile will (drive) its adoption with younger players who wager predominantly from their smartphones and tablets.“In more mature markets such as Europe, live casino tends to appeal to slightly older players and those with an appetite for risk, so long as they feel in control and are playing with an honest and transparent operator.”

A further push comes from the increasing uptake of live casino products by land-based casino operators moving online and the introduction of on-premises studios. One such deal comes from Evolution with the Hippodrome Casino in London, where the director of its online casino George Constantinou says the product has been a hit with its walk-in casino audience.

“The reaction has been great,” he says. “Customers are intrigued and aren’t put off by the cameras. If anything it adds to the drama and the online audience are confident with the game as it’s coming straight from a trusted source and an environment a lot of them have visited physically.”The “trusted source” comment touches on the provenance of live casino, a product that emerged from Asia, where RNG table games were initially distrusted for cultural reasons and hence the live casino version was developed.

Yet the product has migrated to European markets with alacrity. The market is growing at pace: it is worth more than €1.2bn according to H2 Gambling Capital figures. Sources working for the operators spoken to for this article suggest that live casino is now worth around 25% or more of all casino revenues for most mainline operators.

More studio facilities are being built by all the suppliers and enough deals are being announced to suggest the pace displayed by Evolution is being matched elsewhere.That company’s shareholders have certainly cottoned on to the company’s success. The shares recently transferred from the junior exchange in Stockholm to the main Nasdaq Stockholm list and the price has risen more than 75% in the past 12 months.

It’s a heady valuation but the success could mean the next news about live casino will come in the corporate field rather than in operations.