The digital world has expanded the options open to betting brands when it comes to marketing tie-ups with football clubs and leagues. Russ Yershon looks at how these are evolving and how they should look to maximise the ROI 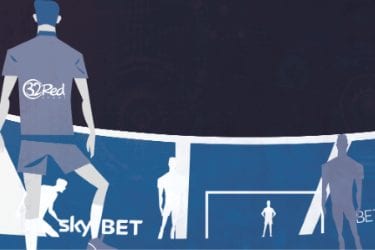 Sportsbook operator tie-ups with football clubs are evolving fast. In addition to the standard English Premier League branding on football shirts and sleeves, and plenty of LED perimeter board minutes, digital rights are now hugely valuable for sportsbooks, and the football clubs themselves are looking to maximise this by creating a set of unique rights packages.

Clubs post across a range of digital and social media platforms and this content can be brought to you by different partners. For example, VBet, which has a partnership with Arsenal FC, is the official partner of ‘The Breakdown’, a feature on the club’s website that provides regular analysis of games and offers great insight for the Gunners’ fanbase.

Meanwhile, Football Index, the principal shirt partner of Nottingham Forest, is the ‘in association’ partner of both the match preview and team sheet for every match. Both of these are key sources of information for fans as they seek information from the club on the forthcoming match and view the starting XI an hour before kick-off.

William Hill, which partners with Tottenham Hotspur, has its logo on the social media version of the club’s team sheet. This piece of content is shared many times over, giving the brand tens of thousands of potential impressions.

Evaluating these value partnerships is no longer simply about how many accounts you get. A number of different dynamics are involved which, grouped together, offer an insight into how many fans (and non fans) are exposed to a club’s brand on both match days and ‘normal’ days.

With so many assets available in this digital age, clubs can now give different partners individual ownership of a piece of valuable content. Coverage of the Premier League and the Championship continues to increase every year as streaming and digital growth appear on more and more platforms, meaning clubs can now charge substantial sums for a partnership.

Football clubs have important decisions to make regarding the number of betting brands with which to partner. Naturally, clubs want to maximise their commercial revenue, so this could mean having a raft of partners, each of which ‘owns’ a part of the world (i.e. a UK betting partner, African betting partner, Asian betting partner and so on). But the ideal scenario is to have a single brand acting as a global partner.

Well-publicised (and very accurate) estimates of the cost of Premier League shirt deals report that Betway pays £9m a year for their partnership with West Ham. SportPesa pays the same to be on Everton’s shirts, ManbetX parts with £7m to sponsor Wolves, while both Fun88 and ManbetX pay £6.5m to Newcastle United and Crystal Palace respectively.

With more and more territories becoming regulated around the world the value for a global betting brand to invest their marketing budget in a high-profile shirt deal is there. Over the last 10 years there has been an influx of Asian brands sponsoring football clubs in the Premier League, which ticks the box on reach and brand credibility back in Asia.

User acquisition is an important motivating factor for brands entering into such partnerships, but they can also help retain users as well as reactivate lapsed players. With football being such a key driver of betting turnover, simply having your brand in sight of the target audience does a job.

For smaller challenger brands the Premier League is usually a no-go given the required financial outlay. The second tier of the English professional football, the Championship, offers these sportsbooks a chance to dip their toes in the sponsorship waters, and over the years many have opted to go down this route. LeoVegas has sponsored both Norwich City and Brentford, likewise 888 with Nottingham Forest, and now Boylesports has entered the scene with Birmingham City.

Meanwhile, 32Red is a long-term investor in Championship clubs, covering a number of teams over the past few seasons, including Leeds United, Middlesbrough, Preston and Derby County. Last year’s Championship playoff final between Aston Villa and Derby featured the company’s logo on both sets of shirts.

All of this brings us nicely onto Sky Bet, which sponsors the Championship itself. Being able to piggyback on the Sky brand has been an integral part of Sky Bet’s growth story in recent years, and the smart way it integrates its ‘Super 6’ product with Sky Sports’ ‘Soccer Saturday’ has led to many punters choosing the company as their preferred bookmaker.

North of the border, Ladbrokes’ sponsorship of the Scottish Football League has resulted in decent coverage and the investment in fan engagement is highly evident.

Looking across the continent, Spain’s Primera Liga has seen betting brands appear on a number of team shirts, with MarathonBet sponsoring Sevilla, Betway on several clubs’ shirts, including Alavés and Levante, and Bwin associating itself with Valencia. However, these deals are set to be curtailed by the coalition government’s plans to curb gambling marketing over the next year.

Given that entering into sponsorship deals is not without risks, undertaking due diligence of a brand’s background is important but can often be difficult. Until recently, if the money has been on the table and the brand and owners have met basic scrutiny, both parties have found this hard to turn down.

This season we saw something different, however, after several Premier League clubs called a halt to partnerships with 1XBet after warnings from the Gambling Commission about working with non GB-licensed operators. The impact of potential reform of the white label system by the Gambling Commission is something clubs are going to have to be aware of as they look to season 20/21.

Clearly, this means clubs should not just take the first offer that comes along. They now need to do plenty of research and liaise with industry bodies to ensure the deal they want to take is the right one.

Sportsbooks partnering with football clubs invariably acquire lots of rights. It is important that these are properly activated to maximise the return on investment from leveraging all the rights in their agreement. Getting access to players, for example, is a hugely valuable asset for brands. There are many ways to deliver this and the content can subsequently be amplified to deliver significant impressions globally.

Having a dedicated resource to work with the club’s commercial team is vitally important to the success of a partnership and is increasingly key for ensuring effective digital coverage on match day and beyond. Elsewhere, of course, regular engagement is required to ensure every social post is met.