Social gaming is an incredibly complex space. Moshe Demri of Optimove broke it down into six personas that will help you plan the right campaigns for your audience. 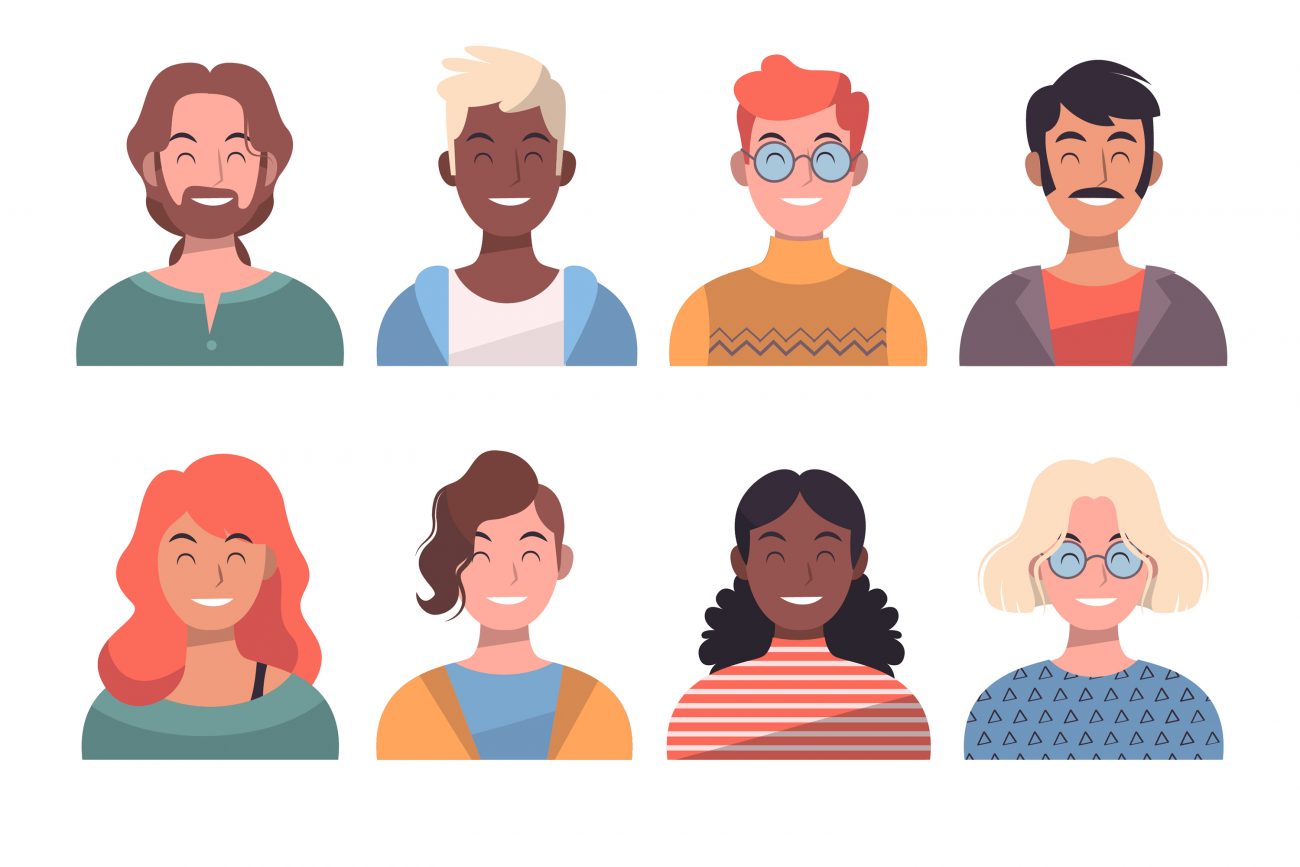 Effective retention is based on knowing your users well. This is especially true for the social gaming space, where games are equally accessible to paying and non-paying players, making players’ behavioral patterns and lifecycle stages especially complex. Non-spenders usually represent more than 90% of the player base, while the remaining 10% bring in the actual income. When planning CRM campaigns in the social gaming space, these unique characteristics should be taken into consideration to effectively engage and retain players.

In this article, we will present a number of common social player personas, along with some suggestions of how to best interact, engage and convert them. Our research is based on the various personas discovered in the data of prominent social gaming operators using our platform. We’ve tracked 235 million customers over 18 months, through a few hundred billion sessions and half a billion transactions.

The goal with this segment is conversion. It is critical to quickly engage new nonspenders during the first few days after registration, with the goal of motivating them first to become highly active, and only then trying to push them towards their first deposit. Patience is key here. The strategy should be brand awareness and building, content marketing based on gameplay behavior, and only then a push for first payment. This is also a good place to use predictive models to discover consumer surplus and discover the payment sweet spot for each player.

The new spender is a player who is within a specific initial period (typically 14 days) from making a first payment. The first days after the initial payment are a critical time from a marketing perspective, as 39% of players who make a second payment will do so within one day, and 64% will do so within one week (see Figure 2).

According to our data, new spenders who convert quickly (up to two days after registration) have a higher LTV compared to later convertors. Be aggressive during this period and make sure the game experience is good. Gamified campaigns can work here (for example: three payments over three days will open bonus stages on day four), and so can “welcome packages”.

It’s important to view new spenders as being in an “incubation” stage. During this stage, provide them with offers that will encourage them to become active spenders. One way to do this is to provide different incentives to players based on their previous activity. For example, players who were very active before their first payment should receive enticing offers, such as gamified campaigns and messaging, that will help them understand the added value they receive by being paying players.

Players who had no previous activity before their first deposit should be addressed differently. These players have not yet achieved brand awareness, and are probably not completely familiar with the product. So, while you should push very active players towards making their first payment, in this case it is better to ensure the players are first fully engaged with the product.

You should also be aware that if the two-week time window passes without any additional payments, the cost of reactivation is usually equivalent to acquisition costs.

Active spenders are financially active players who made at least two payments on different days during the past 14 days. Our data shows that an extreme version of the Pareto Principle exists in social games, as the top 10% of players bring in 75% of a game’s revenue. The top 5% brings in 55% of revenue, and the top 1% of spenders – the biggest of the big whales – bring in a whopping 30% of revenue (see Figure 3).

Since 5% of active players bring in 55% of monthly deposit amounts, operators must monitor their activity on a daily basis, and contact them after important events (big wins, big losses, levels changes, etc.) Make sure these players are aware that they are VIPs (if you don’t have a VIP plan in place, this is absolutely your top priority!) VIPs should get limited edition or special games access, event invites, gifts and an overall personal touch.

In addition, tracking the highest achieved tier of each player is also important. Players who used to be part of the 5% group but are no longer there need to receive enhanced treatment, since they still have a high potential.

Active non-spenders (often called “active gamers”) are players who made at least one payment, have still been active recently, but have not made a payment in more than 21 days. This is a problematic group and it must be addressed: either the players in this segment will churn very soon, or it signifies a problem in the game’s economy.

The goal with this segment is to push to the next payment, as the likelihood of churn decreases post-payment. If a player has made one payment, they have a 0.8% chance of making another one. The more payments a player makes, the greater their chances of making subsequent payments. To understand the potential of these players, we recommend using payment activity segmentation based on three attributes: days since last payment, number of payments and payment amount. This segmentation identifies recently high tier payment “churned” players, long time since last payment low tier players and so on. In other words, the amount of past payments reflects a players’ likelihood to pay in the coming month, and the potential of loss in case of churn.

Players who were high-tier payers and have recently stopped paying should receive stronger offers, with bonuses for higher payments. On the other hand, players who stopped paying a long time ago should receive lighter offers that will hopefully drive them to make another payment. Also, note that some of these players may be in risk of churn. You can incorporate this logic into the identification of players in risk of churn and try to engage them to play first, before aiming for another payment.

Churn spenders are players who have paid in the past and didn’t play or pay during the past 21 days.

The goal with this segment is reactivation. There are lots of low hanging fruit in the churn spenders segment. It’s important to address both churn longevity and activity tier pre-churn to identify the future potential of each player within this group. Another parameter to watch is whether this is the first time a player has moved to the churn spenders lifecycle stage. By looking at the number of visits to the churn LCS we can estimate whether each player is in actual risk of churning and never coming back, or whether they are only taking some time off. Players who are at this stage for the first time need to get stronger promotions compared to players who have already churned a few times.

Seniority is another telling factor. Players who’ve churned after 90 days are more likely to re-engage, compared to players who stayed with the game for a shorter or longer time. Ninety days is the peak duration, since players who have lasted that long have, on the one hand, a deep brand awareness, and on the other, have probably not played long enough to go off the game completely.

After 90 days of inactivity, the likelihood of reactivation drops dramatically, and it’s worth considering trying to cross-sell other titles instead of reactivating.

Reactivated spenders are players who made a payment in the past, churned and played or paid recently. These players should be considered “re-born.” The data shows that most of these players will churn again within two weeks of their reactivation activity and therefore need to receive more attention and be closely monitored.

The goal here is to re-incubate the players in order to keep them active for as long as possible. There is an important distinction here between players who were reactivated by paying, and those reactivated by playing. The former will usually survive in higher rates compared to the latter (insert Figure 6). Another important distinction is between veteran and new players who reactivated. The former group doesn’t need a re-introduction to your brand and product, while players who churned a long time ago or had lower seniority probably need to readopt their brand awareness and therefore should receive messaging of a different nature.

The social gaming space is extremely competitive, requiring marketers to closely analyze player behavior and look for ways to increase engagement, loyalty and retention. Social gaming operators need to communicate with their players intelligently by carefully segmenting and targeting each one according to his or her particular affinities and preferences. 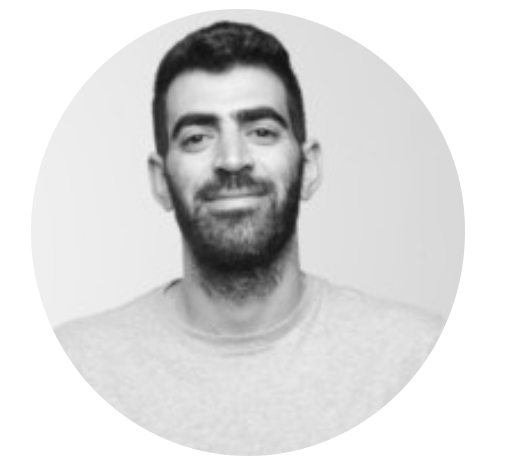 Moshe Demri
As director of Optimove’s strategic services team, Moshe is focused on helping clients optimize their customer retention plans and their use of the Optimove software. Moshe has vast experience consulting clients as a data scientist, analyzing their customer data and revealing actionable, data-driven marketing insights. He holds a BSc in Industrial Engineering and Management, specializing in Information Systems.
https://www.optimove.com/