iGaming futurologist Mark McGuinness sees the inexorable rise of conversational interfaces and messaging apps as ushering in a new era in digital and mobile commerce. Here he explains why. 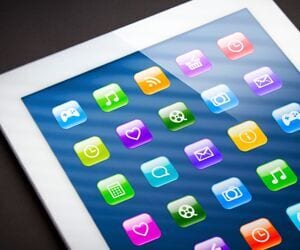 Echo calling Earth. No, not the movie of the same name, I’m of course referring to that digital behemoth and Amazon and their much-hyped Echo. If you haven’t yet heard of this product, you should sit up and take note, as Amazon is investing multi-millions in developing an ecosystem around it. Amazon Echo is a wireless speaker and voice command device which springs to life with the voice prompt ‘Alexa’. It’s capable of delivering many services from voice interaction and music playback and making to-do lists, to setting alarms, streaming podcasts, playing audiobooks and providing weather, traffic, and other real-time information. In other words, all the mundane ‘daily stuff’ allowing us mere mortals to get on with living our lives.

Furthermore, thanks to advances in speech-recognition technology, you can have a ‘conversation’ with Alexa, which also starts to learn how each of us talks, different dialects, idioms and all. Conversational interfaces are now pervading every facet of our lives. Our smartphones and cars now support the likes of Apple CarPlay and Android Auto, of which you can ‘talk’ to Siri or Google’s Cortana for travel directions, reply to a text message and so on. These conversational interfaces will continue to become part of the digital fabric of our lives, simply because we have too much information at our fingertips and too many apps to navigate. We need a filter or equivalent of a digital personal assistant, and the conversational interface in effect provides that layer or barrier. This singlepoint-of-contact conversational interface will effectively help control our working and social lives.

So we’ve talked about conversational interfaces. Let’s also take a look at messaging apps, which in effect are a short form of conversational exchanges of tasks and information between individuals or groups. Let’s look at the messaging platform numbers. Tencent’s WeChat, a mobile messaging app first released in 2011, has a reported 697 million monthly users. Furthermore, 40 percent of WeChat users are aged between 25 and 34 years of age. If we look at WhatsApp, they had 1 billion active users in February of this year, up 700 million over 12 months, according to research firm Statista. Other messaging platforms such as Telegram, started by Pavel Durov, also the founder of one of Russia’s largest social networks VK.com, has, according to their official blog, 100 million monthly active users and 350,000 new users joining every day, heady growth by anyone’s standards.

Facebook is another tech behemoth investing heavily in the space with the launch of their standalone Messenger platform. David Marcus, VP of Messaging Products for Facebook, was quoted as saying: “Every month, over 900 million people around the world communicate with friends, families and over 50 million businesses on Messenger. It’s the second most popular app on iOS, and was the fastest growing app in the US in 2015.” Messaging platforms and conversational interfaces are the future of digital communications and services. Why do I ascribe to this view? Whether it’s the growth in conversational commerce, digital assistants or chatbots that use highly structured messaging to funnel the conversation to a desirable outcome, their intuitiveness and ease of use means they have to be regarded as the killer application for both business or person-to-person use. Why would you continue to use traditional websites, fretting over the user interface and UX with your ever-growing in-house design team, developers, and data scientists, to sell your business services?

Furthermore, if you wrap or layer intelligent services on top of these platforms, the argument becomes even more compelling. The era of conversational user interfaces, personal assistants, AI and chatbots on top of the messaging platforms’ infastructure, allowing users to request data and converse in the natural language form has arrived and won’t be going away. Many observers have therefore rightly described 2016 as the era of conversational commerce. Therein lies the opportunity for iGaming operators and affiliates to consider how they build products that integrate or plug into these fast-growing platforms, whether in the form of a conversational and messaging application seeking out the best odds and bonuses and placing the bets, or just a companion app. The technology is there. It just requires some imagination, and those that execute this well will ultimately dominate that service space.

“Conversational interfaces will continue to become part of the digital fabric of our lives, simply because we have too much information at our fingertips and too many apps to navigate.”