Secondary lottery providers and lottery messengers are providing people from all over the world access to huge draws such as the US Powerball and so far these are proving very valuable acquisition tools. 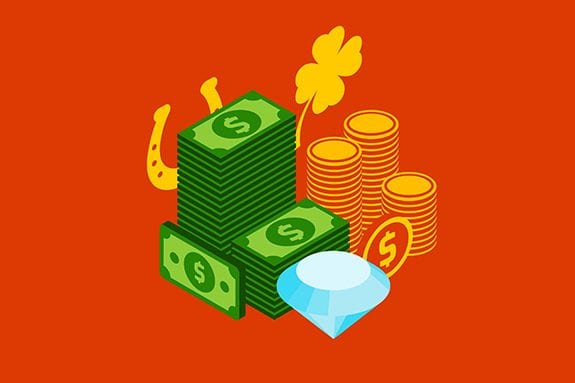 BIG LOTTERY JACKPOTS have long been the stuff of dreams for people of all walks of life, whether they consider themselves ‘gamblers’ or not. But in the past, players would typically not have had the opportunity to play in one all that often – a huge local draw only comes around every now and again and historically, location and/or regulation restricted wannabe millionaires to playing in their own state or country.

However, with the new wave of online lottery providers that’s all changed. Secondary lottery providers and lottery messenger services are now offering players from all over the world the chance to get in on all the action, and it’s proving a very valuable acquisition and retention tool.

For example,the US Powerball jackpot of $650m in late August resulted in an impressive uplift in sales at messenger service theLotter.com, which reported a 740% rise in sales for the draw.

“Especially the Powerball but also the MegaMillions, once they pass a certain threshold, which is roughly around $300 or $400m, then we start seeing a massive surge especially in places like Canada but also in Europe as well,” says Remco Yizhak-Cooremans, media consultant at theLotter.com.“Players from Canada are especially enamoured with the Powerball as it is a bordering country.”

It was in fact a huge US Powerball draw that helped Lottoland launch its business in Australia in January 2016 after securing a licence in late 2015.

“At the time, the American Powerball was at a staggering   US1.5 billion and in a two-day period more than 250,000 customers joined Lottoland in Australia with the dream of winning the world’s largest ever Jackpot.“That’s 1.5% of the adult internet population of Australia signing up in 48 hours after launch,” says Lottoland CEO Nigel Birrell.

This August’s draw pulled in more than 100,000 bets for Lottoland and resulted in the second highest traffic level since the “online stampede” of January 2016, says Birrell.But it’s not only mega US draws that pull in the players, says James Oakes, director at Zeal Network.

Zeal’s MyLotto24 is set to launch US Powerball next week and MegaMillions a couple of weeks afterwards, but Oakes says more modest European jackpots also result in a big uplift to the site.

“We see it with our existing products such as the German lottery, which is our biggest revenue generator. That one only goes up to €35m but the level of play when it hits €35m can be three or four times more than when it is a lower level,” says Oakes.

An acquisition tool for the wider industry?

In an industry famed for its high cost of acquisition and with one of its most popular methods of acquiring new players, the affiliate channel, coming under intense regulatory scrutiny at present, could biglottery jackpots prove a useful tool for operators in other verticals?So far, Lottoland has only just recently begun to dip its toes into the B2B side of things, but if activity picks up and more providers enter the space, casino or sportsbetting operators may well welcome the opportunity to access a huge new player base by offering lottery games as well.

Oakes says in this regard jackpots serve multiple purposes. “It is a really good acquisition tool, it makes the CPA much lower typically. And it is also a really good time to reactivate players.“With lottery players it is a bit of an 80/20, so you’ll be getting 80% of your revenue from 20% of your players. But the 80% which dip in and out, it is those guys that you can really reactivate when you have a massive jackpot.”

The other big opportunity to acquire and retain customers comes from cashing in on the success of the players themselves, says Yizhak-Cooremans, who explains that big wins via the site have also helped open up new regions.“We had a Russian winner, for instance, so his story was really being picked up a lot so we see lots of tickets coming from CIS regions now because of that.

And about a year ago in the spring of last year we had an Iraqi winner, so we saw for a while loads of traffic from the Gulf States. With the Iraqi we were especially blessed because Iraq speaks to the imagination so it speaks to the world that a man from Baghdad won.”theLotter is hoping to replicate this success across South America after recently announcing its largest winner ever when a pensioner from Panama won $30m in the Florida Lottery.

Another bonus for lottery providers is that, somewhat unusually for the igaming industry, the press is in many cases helping them acquire customers. “Big draws are in the news and it becomes a relevant thing for people who don’t normally buy tickets,” says Oakes.

Yizhak-Cooremans agrees: “There are loads of stories around about Gloria MacKenzie [the 84-yearold who was living in a shack before winning almost $600m in Florida in 2013] for instance and now with the latest winner, who won in excess of $700m, these stories go viral and they are all over the press.

“There were stories recently in Canada on CBC with images of people queuing on the border trying to get their hands on Powerball tickets.“And often articles do mention that you can also play online and there have been a few where they compared the different services so we were getting lots of traffic in Canada in August based on these articles.”

Mark Griffiths, a psychologist and director of the International Gaming Research Unit at Nottingham Trent University, says media coverage has a big role to play in the popularity of jackpots. “By providing lots of coverage for the huge winners, it helps us forget the millions of people who lost.”

Studies have previously suggested that humans can’t process the true odds of a win and also that huge jackpots cloud our judgement and Griffiths explains the phenomenon as: “Most players do not think about the actual probability of winning but rely on ‘heuristic strategies’ (i.e., ‘rules of thumb’) for handling the available information.

“As humans we tend to overestimate positive outcomes and underestimate negative ones.“For instance, if someone is told they have a one in 14 million chance of being killed on any particular Saturday night they would hardly give it a second thought because the chances of anything untoward happening are infinitesimal.“However, given the same probability of winning a prize through gambling, people suddenly become over-optimistic.”

But Oakes argues there’s also a more ‘rational’ reason for casual lottery players to pile into jackpots. “The irrational side of it is that people just become captivated by these bigger and bigger dreams and you get this kind of group thing and every time there is a record jackpot suddenly everyone is talking about it, everyone is fantasising about it and you get something almost like peer pressure to participate.“But the rational side is that typically when the jackpots are higher your expected payout is actually better so if you only play lotteries occasionally it makes sense for you to play them when the jackpots are really big.

“Your odds are slightly better in terms of the amount of money you are going to win. You’re still going to lose most of the time but if you do win then bigger jackpots are a more rational time to play than lower jackpots.”Rational or not, the general public’s fascination with big jackpots shows no signs of abating and with online lottery providers offering new geographic opportunities many people are casting their net wider in a bid to win big.