2016 has been a major year for sports event-related betting. Data-driven SEO platform provider Pi Datametrics analyses the most valuable terms and top operator performers in the year to date. 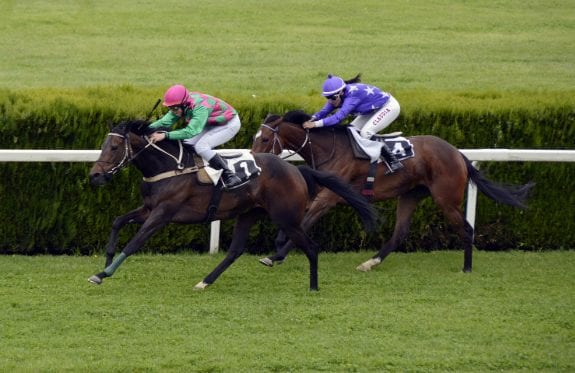 Sports event gambling is a growing part of the UK online gambling market, the latter set to surpass the £4bn mark in GGR in 2016. Mobile development and apps have made online betting much more accessible, with the online gambling population in the UK now estimated at 2.1 million.

Betting on the UK’s most famous horse racing event The Grand National was estimated to have exceeded £150m this year. With sustainable growth across the whole industry, sports event gambling still presents a great opportunity for bookmakers to capitalise on.

Event gambling
2016 has been a major year for betting around sports events, with the Rio Olympics, Paralympics and the Euros, as well as the usual annual opportunities: The Tour de France, The Open (golf), The Grand National, The English Premier League, The Ryder Cup, US Open Tennis, The Champions League, Wimbledon, The Cheltenham Festival and The Six Nations Championship.

Major sporting events present a high volume opportunity for the gambling sector in terms of traffic, sales and ROI. We analysed hundreds of sporting event-related gambling terms to see who’s performing best and profiting throughout the year.

Figure 1 shows the highest value search terms for sports event gambling in the UK in 2016, taken from our Pi Datametrics Gamma report. The Pi Datametrics Organic Value Score includes, but is not limited to: search volume x competition value x CPC bid. By our analysis, ‘Euro 2016 betting’ is the most valuable search term, based on taking the following search term groups into consideration: Olympics, Football, Grand National, Ryder Cup, Tennis US open and Tour De France.

We also tracked the top 10 performing sites by visibility in Google UK, based around the following search term groups: Euros, Premier League, Grand National, Olympics, Paralympics, Ryder Cup, Tennis US open, Tour De France, World Cup and generic gambling. As you can see from Figure 2, William Hill performed best with 68% of the most valuable gambling terms, appearing in positions 1-10.

Next we looked at who performs best in SEO for the most-searched ‘sports event gambling’ terms, which are ‘Grand National betting’ and ‘Premier League odds’. ‘Grand National betting’ was searched 74,000 times in April 2016. So who were the top performers? As shown by Pi Datametrics Position Explorer Chart in Figure 3, top operators in order from the most recent date are: William Hill, Ladbrokes, Paddy Power, Betfair, Oddschecker, Coral and Sky Bet.

As for ‘Premier League odds’, this term was searched 127,100 times during the Premier League season 2015 – 2016. As shown in Figure 4, the top performers for this term, in order from the most recent date, are: Oddschecker, Paddy Power, Sky Bet, William Hill, Ladbrokes, Betfair and Coral.

We also performed page diagnostics for the term ‘Premier League odds’ using our Page Diagnostics tool, that crawls the site based on ranking search engine factors, giving each URL an overall score for the on-page theming (ie. H1, body, URL), along with off-page factors, social share and backlinks. Oddschecker (www.oddschecker.com/football/english/premier-league) came out on top, with the highest on-page score (90), in comparison with that of Paddy Power and Sky Bet, which scored 68 and 72 respectively.

Conclusion
Being prepared for seasonal events will allow publishers to capitalise on the shortterm, high-volume peaks. As most of these events happen consistently every year, publishers and gambling sites should create year-round landing pages. These landing pages should be themed appropriately, to ensure visibility, ranking and traffic in time for the sporting event.

Publishers should refrain from deleting a landing page after the event if they rank for a seasonal sporting term, and should instead update it in time for the event. This way, they can build authority by gaining backlinks and social shares to the page.