With the bonus-obsessed, white label-fueled online bingo sector arguably having most to lose from the regulation and tax changes sweeping through the UK industry, Phil Blackwell looks at how it can restack the odds in its favour. 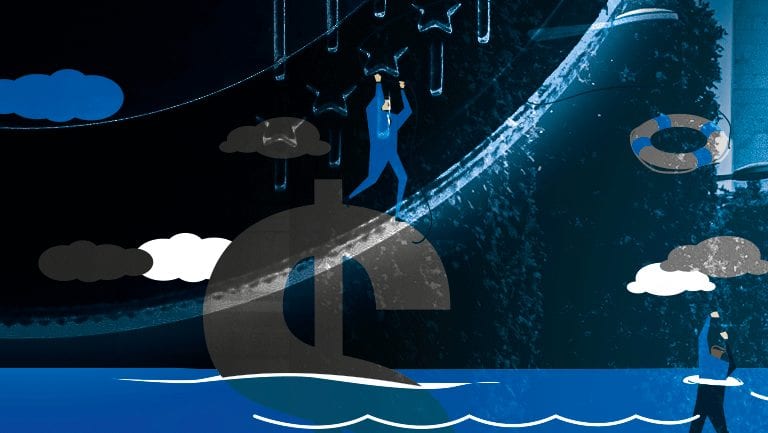 With the bonus-obsessed, white label-fueled online bingo sector arguably having most to lose from the regulation and tax changes sweeping through the UK industry, Phil Blackwell looks at how it can restack the odds in its favour

The rate of Remote Gaming Duty (RGD) payable by online gambling businesses to the UK government is set to increase from 15% to 21% on 1 April this year.

RGD, a form of point-of-consumption tax, was first introduced in 2014 and amended in August 2017 to incorporate levies on certain free bets and bonuses. The 2019 increase will follow two other regulatory changes set to come into effect this spring following a recent uprising of anti-gambling media sentiment and the resignation of sports minister Tracey Crouch.

The first change in April will reduce the maximum stake on fixed-odds betting terminals from £100 to just £2, while the second – an amendment to the Gambling Commission’s licence conditions and codes of practice – will force know-yourcustomer checks at the point of player registration (see p48 for more on this).

These are sweeping changes that will affect both online and offline gambling operators and affiliates, with the effects seemingly anticipated through a series of recent industry reviews and acquisitions, from Jackpotjoy Group selling Costa Bingo to 888 to Sun Bingo extending its deal with Playtech by up to 15 years on a revenueshare basis.

But as more restrictions are imposed and the cost of acquiring players increases, it is the bonus-obsessed, white label-fueled online bingo industry that perhaps has most to lose. Eyes down for an uncomfortable read.

ONE WAY OR ANOTHER

Perhaps the most frustrating aspect of the impending legislation is the hypocrisy displayed by the government in its structure and timing.

When announcing the RGD increase, Chancellor of the Exchequer Philip Hammond clearly correlated the online tax rise with the need to offset the revenue shortfall that the new offline FOBT limit would bring.

Combine this with the media’s incessant desire to report on the potential dangers of FOBTs with a complete ignorance of unrestricted online stakes, and you have a exercise in contradiction designed only for political point scoring and profit, not the protection of vulnerable gamblers. Whatever the motives, change is coming and challenges lie ahead.

SQUARING UP TO THE PROBLEM

It’s almost three years since Lindar launched an April Fool’s Day campaign designed to expose the vulnerabilities of the online bingo industry prior to the introduction of the free bet amendment.

However, what it did achieve was interest from multiple affiliates hoping to ride the wave of commission for a new site not restrained by the white-label status that was – and still is – so prominent in the online bingo space.

We predicted that the expansion of RGD to bonuses would result in a contraction of the wider market and force operators to reconsider excessive promotions as acquisition incentives.

While there has been evidence of this happening, such as the introduction of prize-based offers instead of mere bonus cash and the acquisition of Cozy Games by GVC, there is no better time than the present to consider the compounded impact of further legislation in 2019.

Last October saw fiction almost become reality as we released MrQ.com, a brand new bingo site on (real) proprietary software and the first launch of its kind in over five years. More on that later.

Like any point of consumption tax, the 21% RGD is unlikely to be absorbed completely by the point of consumption. It is far more likely, and currently the case, that the additional costs will be passed onto customers and affiliates. The unavoidable tax and additional KYC expenses will be layered into marketing budgets, increasing average CPAs and reducing ROIs. So what might this mean in real terms?

THE COST TO CUSTOMERS

Transaction fees or limitations Some bingo brands already charge a fee to deposit or withdraw in the UK, and we could expect to see such a direct approach applied more generally to recoup extra costs. In addition, we may find higher minimum deposits imposed on players to put off every operator’s greatest nemesis: the bonus hunter.

THE COST TO AFFILIATES

It’s almost impossible to find an operator that doesn’t include at least part of a player’s RGD contribution within the admin fees deducted from gross gaming revenue before commission is calculated. Perhaps the simplest way to offset the higher tax for affiliate channels is to incorporate the charge in this way.

Lower CPAs and higher baselines If you read my previous iGB Affiliate article, Trigger Happy (issue 72), you’ll already know my position on the issue of commission baselines. However, CPA-only or tenancy-based commission structures may have to concede some ground where an admin fee cannot be applied in the absence of revenue share, especially if the demand for players no longer exceeds supply.

THE OPPORTUNITIES FOR OPERATORS (AND THREATS TO AFFILIATES)

Fortunately, there are ways for UK bingo operators to minimise the impact of increased costs while actually increasing the attractiveness of their brand to players.

Strip bonuses and wagering requirements to limit tax exposure You can’t be taxed on bonuses if you don’t offer them. At MrQ, we have a single real money wallet for players with a welcome bonus of free tickets to a free bingo room and genuine free spins.

We are not exposed to the expenses that accompany large match-deposit offers, but instead limit our liability to the value of the spins only, assuming positive GGR. ‘Keep what you win’ is a far stronger proposition than ‘keep what you wager’, but it does require marketing to overcome player expectations of large bonuses and uncover this nuance, especially in a long list of affiliate sites.

Build a brand with real USPs

A renewed focus on retention is an obvious and overlooked answer to rising acquisition costs and taxes. If you do manage to get players to your brand without a bonus, you’ll want to give them reason to stick around.

The white label nature of the online bingo industry is not set up to excel in the realms of originality and brand building. Identical software and welcome offers presented by different names and logos is nothing more than painting the same car a different colour.

The boom of white label bingo sites allowed smaller operators to quickly and easily make money online with little regard for the quality of the product ultimately being sold. It is, of course, not easy to create new software from scratch, especially for small- to medium-sized bingo operators, but the market is agnostic to the challenges of individual businesses.

At Lindar, we built MrQ with a small team of less than 20 people and benefited from our flexibility and ability to react fast. Retaining this while continuing to scale will almost certainly be more difficult, but the success of other proprietary brands such as Tombola and Mfortune suggests that it is not impossible.

In fact, it might be essential. Paying more in one area can be balanced by paying less in another. If existing brands fail to react, we could see an emergence of new operators into the industry similar to the rise of challenger banks in finance such as Revolut, Tide and Monzo. Standalone bingo platforms offer the chance for operators to develop real and authentic brands, supported by unique and progressive concepts, with the added benefit of paying less commission to thirdparty integrations. It’s hard to stand out from the crowd if you’re not outstanding.

DIVERSIFY INTO NEW MARKETS AND TERRITORIES

It’s no secret that the majority of bingo sites find their best player value on slots. From an affiliate and PPC perspective, it is more expensive to acquire slots and casino players directly than it is to attract bingo players and later migrate them to instant games.

The same logic can be applied to other products too. Lottery, for example, is bingo’s bigger brother with obvious crossover in game mechanics, if not payout. Lottery players are also cheaper to acquire.

The rush to diversify product offering is already happening with casinos and the rapid inclusion of sportsbooks to traditionally non-sports websites. One of the first big brands to do this was Mansion Casino in 2018 with MansionBet, more recently followed by 888’s acquisition of sports betting platform BetBright for £15m.

Another way to balance costs and maintain ROI is to expand a brand’s range of traffic sources to incorporate or increase exposure on cheaper channels. This could leave more expensive affiliates especially at risk should increased taxes make existing high commissions less profitable than they were before.

One of the most cost-effective (and most complex) player sources is SEO. Although frequently mistaken as ‘free’ traffic, SEO does require considerable effort, diversity and investment from brands looking to take rankings seriously. Sites that already rank well for highvolume keywords may be best placed doubling-down their spend on organic search instead of increasing budgets for PPC.

This was that Google prefers to rank operators for search terms with ‘play now’ intent, and affiliates for those implying comparison or lists. For example, back in 2017, not a single affiliate website ranked in the top 10 pages of Google for the keyword ‘online bingo’, and conversely, only a handful of operators ranked in these positions for (usually pluralised) keywords including ‘bingo sites’ and ‘new bingo sites’.

This is still pretty much the case even today. However well optimised a bingo operator or affiliate may be, they will likely remain somewhat restricted in ranking opportunities for phrases that do not match Google’s implied intent.

So much so, in fact, that we’ve started to see operators create their own affiliate portals to gain exposure to typically affiliate-dominated results pages, something GiG did late last year with SuperLenny Casino.

In the most Orwellian of circumstances, affiliates could not only see current deals reduced or removed but also find themselves competing for clicks with former partners in Google search.

BET TO THE FUTURE

Despite all of the above, the igaming industry should really be counting its blessings. The government’s decision to restrict FOBTs but leave online stakes uncapped is surprising, and certainly hypocritical, but also incredibly lucky.

Online gambling still flies under the radar of most taboo-fetishising media publishers. The humble betting shop, for so long an accepted feature of British high streets, has become the fashionable focus of outrage. The government’s hand was forced by a relentless press campaign guided by an insincere concern for responsible gambling. The chancellor reacted by increasing taxation elsewhere.