With bitcoin gaining traction as a payment mechanism and a new market, we caught up with Paul Davis of payments provider Counting House, Michael Ellen of the Alderney Gambling Control Commission, and Eric Benz from digital payments platform GoCoin, to discuss the ramifications for iGaming. 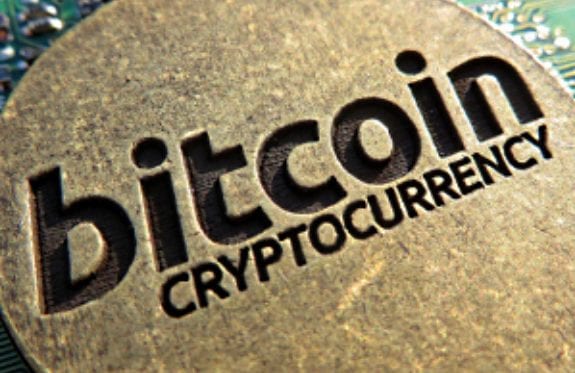 What are the benefits and significance of bitcoin’s emergence as a payment mechanism for the iGaming industry?
Paul Davis:
Alternative currencies generally, as opposed specifically to bitcoin, address several parallel needs of gaming operators: speed, certainty, security and traceability. Not all deliver all of these in equal measure, but bitcoin as an example is generally much quicker than bank transfers, and does not have the problem of chargeback risk.

Michael Ellen:
I am not the one to advocate bitcoin, although I think it has merits. As a regulator, currently it has no significance. In prospect, it’s a means of reducing the stickiness of the merchant acquirer process, and avoiding the expenses and chargebacks. So it has some commercial merits, which the regulator has to recognise.

Eric Benz:
With bitcoin being so new, the true potential of what it can provide the iGaming industry has not been fully exposed yet. The first aspect bitcoin will dramatically change in the iGaming industry will be their taking it as a method of payment. Operators can take bitcoin payments to load their players wallet from anywhere in the world instantaneously. For the first time in history, operators have a means in which they can target any person worldwide with little to no friction and 0% chargebacks and positively no fraud.

Bitcoin gives operators payment capabilities globally, which is something they have never been able to fully achieve. There have been signs of mainstream recognition of bitcoin, from more regulators/ tax authorities looking at how to handle it, to Apple and California recently lifting bans.

How do you see this impacting iGaming?
Paul Davis:
This is one move in the right direction, but not the only one. The principal challenge in regulated markets is that gaming regulators are unlikely to recognise digital currencies as a medium of play or of payment if they travel directly to the site.

Michael Ellen:
The major issue with bitcoin is really political, so any momentum away from political prohibition is useful. Recognition by Apple, by California, are steps in the right direction, but when large national governments prohibit bitcoin, Russia, China potentially, there’s considerable problems for an international regulator to recognise it, because licensees will take on illegality in prospect, which is intolerable.

In another respect, it is the position of own government, and that of the UK, where a significant number of my licensees operate. If there is not political adoption, but ambivalence and the risk of prohibition, then the regulator is actually right out of his depth. It’s difficult for us to accept it or adopt it if the political masters above it – and all regulators are all subject to political masters – are likely to prohibit. That’s the major problem to progressing the conversation.

Recognition by Apple, by California, are steps in the right direction, but when large national governments prohibit bitcoin, Russia, China potentially, there’s considerable problems for an international regulator to recognise it

The recent wave of regulation or moves by specific jurisdictions and countries to license bitcoin activities is very big news. For many years, it was impossible for anywhere in the world to acknowledge bitcoin and to in turn give it any sense of legitimacy. We are now looking at specific KYC + AML protocols being set to deal with digital currencies. As a result of iGaming being so risky, it’s very important that each payment method used by the operators carry the least amount of risk.

What are the major challenges and issues bitcoin’s increased traction raises for the industry, and its regulators?
Paul Davis:
The principal challenges are recognition, just mentioned, and player protection; if an operator holds a digital currency during play, there are no financial institutions, at least today, able to hold the “funds” in protected accounts as required by legislation in most reputable jurisdictions.

The second issue is that the European payment service directive coming into force next year appears to prohibit bitcoin as a medium of exchange. There has also just been a European banking association paper on bitcoin, which lists 76 additional risks associated with bitcoin they would ask their members to focus on before considering it further. It’s about as hostile as it could possibly be without saying: “You may not”.

There are also a series of issues around bitcoin as a medium of exchange. The banking system provides instant and easy accreditation for source of funds, because it’s regulated from front to back, so lawyers’ client accounts provide me with easy accreditation of the source of funds. It’s a “black box”. I don’t need to know how it gets in there. I however don’t think it’s very difficult to black box the fundamental opposition that everyone has to bitcoin, which is that you can’t see where it comes from.

The answer is, you can, someone can, if someone gets themselves in that lawyers’ client account position, of saying: “I know where it comes from, you trust me.” Then I don’t think it’s a major step for a gambling regulator to say, “I accept that.” So I can see a black box solution to source of funds. But there’s also a technical point regarding the security of the code. If you come to me with a game, and say: “I believe this game is fair, will you let me put it our system”, we as a regulator would test it several million times to prove it does what it says it does.

Is bitcoin coding unique and effective? Well, a lot of people think it is. But it is demonstrably so? What happened to Mt. Gox at the beginning of the year might have been a corruption of bitcoin coding. I suspect it was just a housekeeping failure, but it may have been unauthorised access to bitcoin block chain coding.

Is the mining process secure, and is the block chain secure? One can’t take it on trust. If you are a bitcoin trader, you are comfortable with this, but it doesn’t mean the regulator should be. So there’s an additional regulatory step there. A national adopted currency also has an inherent lender of last resort value. While this doesn’t prevent it from market swings, it provides a backstop to value of the currency. There’s no such backstop in bitcoin. It’s only worth what the next person will pay for it. It’s a commodity not a currency. So if one of my licensees is sitting on a pile of bitcoins, what happens if their value is decimated?

There’s a capital risk, which actually I can deal with, but until the status of bitcoin is clearer, there’s a political risk to the operator, which I can’t deal with, particularly because my own government doesn’t have a position on it.

Eric Benz:
The bitcoin protocol is very disruptive and in turn has the ability to do what a lot of what legacy institutions do, but faster and cheaper. Industries will have to learn how to adopt bitcoin into their current services and consumer offerings. Bitcoin takes the middleman out and allows people to transact peer-to-peer. Operators, service providers, and others will all have to change their pricing structures to accommodate what bitcoin offers. Legacy providers like financial institutions and regulators will have to innovate to meet the growing needs of KYC + AML solutions. Currently, the system of approach is outdated, and costly and prime for disruption.

How can these challenges be overcome and what are the possible solutions?
Paul Davis:
In the short term, the most promising development is the emergence of technology allowing players to deposit and withdraw in digital currencies, while the operator receives fiat currency. Longer term, with recognition and the emergence of housing facilities for digital currencies (an example would be the interests of USPS and the UK Post Office in acting as storage wallet facilities) it is likely that regulators will begin to consider digital currency as a medium of play, and eventually some will no doubt accept it.

Michael Ellen:
If you go down the dark side of the street, I can see that bitcoin has got major traction in the illegal, unlicensed casino operation. So if you don’t care about the risks it has been through, because you are operating illegally anyway, then bitcoin is brilliant. It’s an ideal solution. It’s [therefore] a threat to the legal, licensed gambling industry.

Failure to recognise and adopt bitcoin will provide greater strength to the unlicensed, shadowy illegal market, because it has great advantages, it is cheaper to use than merchant acquiring card services. So, it’s a challenge the industry has to take steps towards [dealing with]. I think there are one or two leading bitcoin exchanges which intend to become regulated payment providers. I don’t think it’s possible in Europe, at least not yet, but I think it is possible in the States, in California, and I think that might be a very important jumping off point.

From an iGaming regulator perspective, I would encourage that and I look forward to it, and I’m happy to work towards that end, personally.

Eric Benz:
These challenges will be overcome as we begin to adopt and understand more about what bitcoin and other digital currencies have to offer, in terms of both utility and technology. In order for the obvious challenges to be met, we will have to have further adoption and have a substantial amount of support by financial institutions and regulators alike. We should be looking at leveraging technology and applying it to traditional AML + KYC systems. Once we can learn to accept digital currencies as a nation, the regulation and innovation will grow exponentially.

Any final comments or predictions regarding bitcoin and iGaming?
Paul Davis:
Because regulators move carefully (as they should) and legislatures move slowly, it is likely that adoption of digital currencies will proceed most quickly in unregulated markets, next in loosely regulated markets (we are already seeing this in Cagayan, for example), next in offshore regulated markets and only finally in onshore markets.

Countries which attempt prohibition will create a black market, because people will do what they want to do, creating larger profit opportunities for unscrupulous operators, probably a few complex prosecutions and no doubt an opportunity for a “behind bars” experience for the overly aggressive or unwary.

Eric Benz:
Will the value of bitcoin remain? Will the interest die if the price crashes? In my honest opinion, I have to say I do not know if the price of bitcoin will sustain itself long term or if it will go to zero. What I can say in confidence, though, is that the protocol and the concepts bitcoin has given birth to something that will be around for years to come. Currency is merely the first application to bitcoin, just like email was the first application to the Internet. The services, technologies, and companies that will build themselves on top of the bitcoin protocol will change the face of industries worldwide.

Having the opportunity to work full time in bitcoin, and be a part of these companies that will do precisely this, is exactly what continues to drive me each and every day.