With more US states lining up to take advantage of the PASPA repeal, and a knowledgeable player base there for the taking, Erica Anderson considers whether 2019 will be the year when affiliate marketing reaches its tipping point. 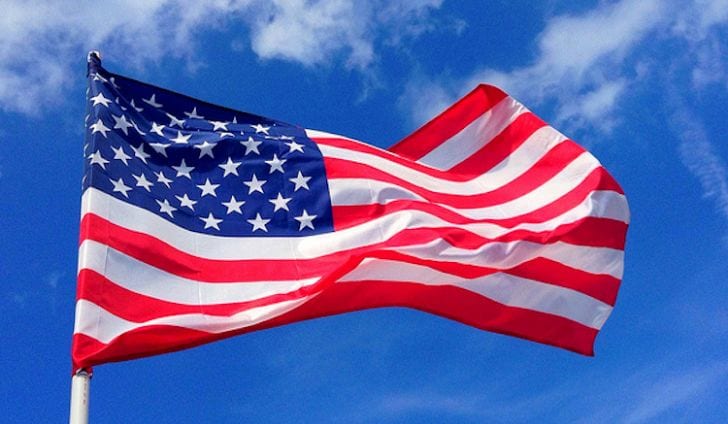 The tipping point is that magic moment when an idea, trend, or social behaviour crosses a threshold, tips, and spreads like wildfire,” writes Malcolm Gladwell in The Tipping Point. He defines context and a concept or product’s ‘stickiness’ as key factors in instigating this ‘magic moment’. Following the repeal of PASPA and the imminent launch of the Pennsylvania igaming market, is affiliate marketing reaching its own tipping point in the US? One thing’s for sure: with contextual factors and affiliates’ ‘stickiness’ as an acquisition channel aligning, the next year will see a major change in affiliate marketing’s American evolution.

The affiliate channel’s growth has been slowed in the US by limitations at both a vertical and a market level. Until its repeal in May, PASPA prohibited single-event sports betting outside of Nevada (pop: three million), a state that regulated ipoker in 2013. New Jersey (nine million), whose igaming market also launched in 2013, and Delaware (one million), both went live from 2012 and remain the only states offering both online poker and casino.

These contextual limitations aside, New Jersey, the largest igaming market, has actively embraced the affiliate channel. The Division of Gaming Enforcement (DGE) licensed affiliates from launch, with a free vendor registration required to promote on a cost per acquisition basis, or an ancillary CSIE licence costing $2,000 for revenue share deals.

In addition to the documentation required by the DGE, Adam Small, CEO of affiliate business DGS Media, points out that applying to join a New Jersey brand’s programme can be a rigorous process. “When I started NJOnlineGambling.com, it took me six months to get set up with one of the operators I wanted to work with,” he says.

Fellow affiliate Becky Kingman-Gros, COO of Casino Connection and iGaming Player, suggests that initially affiliates targeting New Jersey also faced brand-specific issues relating to player geolocation, identification and transactions. However, she adds, “The NJ online market has seen a steady improvement as players became more comfortable with the concept of online gaming. Technology has improved and regulators are confident that there are few remaining issues to resolve.”

This improvement has been accompanied by commercial growth. As Michael Daly, general manager US at Catena Media, says, “NJ online has been growing 15-20% each year since launch and is now over 10% of the total revenue for the state.” Indeed, the DGE has revealed that the state’s strongest monthly igaming revenue came last quarter: $25.9 million in July and $25.8 million in September.

According to Income Access’ 2018 New Jersey igaming data, affiliates can be responsible for 15-20% of player acquisitions. Affiliates’ ‘stickiness’ as a marketing channel has been further proven by their cost-effectiveness, with operators only paying for depositing players. “Much of the risk and costs spent in this pursuit is offset from them to us,” says Daly, who adds that affiliates are seen to be “independent from the brands we advertise and as an informational resource.”

Small agrees with Daly, arguing that affiliates’ objectiveness has allowed them to support New Jersey consumers’ vetting of brands through product reviews. “There’s also an education gap in the US, as people everywhere are confused about gambling laws – affiliates can help bridge that gap,” he says.

Affiliates are increasingly proving their ‘stickiness’ as a marketing channel. PASPA’s repeal and Pennsylvania’s imminent launch of an online casino and poker market suggest that contextual factors are also shifting.

Affiliates like Becky Kingman-Gros are strongly focused on igaming in Pennsylvania, given the parallels with New Jersey. Noting its population of 12.8 million, she says, “This is a fantastic opportunity, provided the revenue share options to licensed affiliates will be compatible to what New Jersey is offering.” The Pennsylvania Gaming Control Board has yet to announce its stance on affiliates, though it seems likely that the regulator would emulate the DGE’s approach.

Kingman-Gros is even optimistic that the Keystone State’s launch could serve as a catalyst for broader igaming regulation. “Pennsylvania will likely push some other states over the edge, providing an even bigger opportunity for affiliates,” she says.

Of course, PASPA’s repeal has arguably been a bigger catalyst for affiliate marketing, with New Jersey already offering online sports betting, and Delaware and West Virginia planning to expand their retail market to include online sportsbook in early 2019. Pennsylvania is also expected to launch its cross-channel sports betting market around that time.

In addition, Daly is expecting perhaps two to three new states to regulate sports betting in 2019 for launch the following year. “It will still be very healthy growth but more of an evolution than a revolution,” he says.

Small is equally measured, cautioning that only states with online sports betting markets are relevant from an affiliate perspective. However, he adds, “For states like Pennsylvania, New Jersey and West Virginia, online is going to be a huge profit centre.” He also sees the potential for “big states” such as New York and Michigan “to get on board in the near future”.

The cautious optimism of established affiliate businesses such as DGS and Catena Media is likely to see them joined by many new affiliates in 2019. Indeed, 22% of global affiliates polled in Income Access’ Q3 2018 survey plan to promote US sportsbooks next year.

Small feels the term ‘affiliate gold rush’ is overblown but does acknowledge that the space will expand significantly. “There will be  more affiliates because there is more money to be made,” he says. “The best affiliates will keep getting more professional and sophisticated, with larger and more expensive operations.”

Even with the addition of new affiliates, verticals and markets, Daly feels that the channel will retain its focus on consumer education even as it grows in the short term. “‘Evolve’ is the right word for the post-PASPA US market as that means to develop gradually,” he says. Affiliate marketing may stop short of reaching a tipping point next year, then, but it is evolving into a new American phase where a revolution appears inevitable, sooner or later.