With more people now researching any brand they are considering interacting with as a customer, Julia Logan of Irish Wonder Consulting looks at the main elements and Google-related developments pivotal to managing your reputation online in 2016. 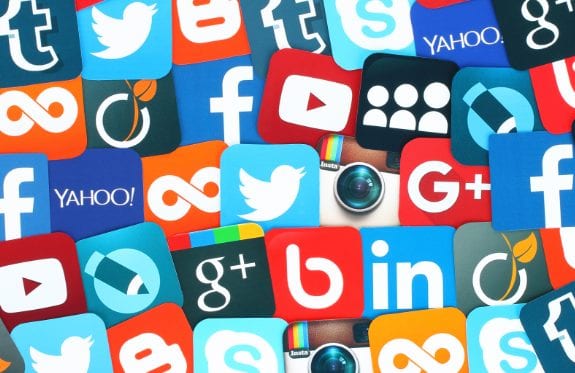 If you care about your brand, you are likely keeping an eye on what people say about it online. After all, a brand’s image is the first thing that influences customer behaviour, via reviews, sentiment in social media mentions etc.

According to the 2015 Local Consumer Review Survey conducted by BrightLocal, as many as 92% of consumers now read online reviews for local businesses (vs. 88% in 2014). This is true not only for local businesses – people tend to research any brand they are considering dealing with as a customer.

So what do people see when theyresearch a brand online in 2016? Quite a few new elements which were not present before. These include: featured snippets, Knowledge Base items, search suggestions and “People Also Ask” blocks.

Neither is there a way for a brand to directly tell Google not to show any particular piece of content as a featured snippet for its brandrelated queries.

Since the featured snippet comes from a page Google sees as most relevant to a query, the only way to guarantee favourable content is shown in this snippet is to ensure only neutral or positive content ranks for a brand-related query. And it’s not enough to just work on the brand name, because once somebody searches for a brand name, Google will show a number of suggestions(see Figure 1).

These suggestions are influenced mainly by two factors: search volumes for   each query and content availability. Make sure you are aware of what gets suggested for all possible queries related to your brand, and furthermore, what ranks for those suggestions.

Think of mobile search users who are more likely to speak than type – there is a number of variations to what and how they will ask about a brand. “People Also Ask” blocksare a type of summary of those unique questions which may only ever be asked a couple of times.

The answer shown in the block when the arrow is clicked is essentially afeatured snippet for that question, with a link leading to the corresponding search results. Just like search suggestions, the questions shown in the “People Also Ask” blocks are influenced by the search volumes and content availability, with the focus on natural language queries in all their variety.

If, with search suggestions, you only need to care about each specific keyword’s search volume, with “People Also Ask” we are dealing with groups of dozens or even hundreds of unique questions topically related to each other. Yet another relatively new feature of brand SERPs is Knowledge Base.

Depending on the actual brand searched for, it can display different bits of information, from address, phone number and opening hours for local businesses torevenue, CEO name and year founded for large companies, along with social media accounts and links to the company website.

Knowledge Base is yet another way for a brand to stand out in the SERPs. To ensure a Knowledge Base card appears in the brand SERPs, the business needs to have a Google My Business listing, a Wikipedia page and active social media accounts. Adding relevant Schema markup on the official website can also be helpful.

The more active social media accounts a brand has, the more information andlinks to those accounts will be displayed. Social media accounts most likely to appear on a Knowledge Base card are: Twitter,Facebook, LinkedIn, Youtube, Google+,Instagram (see Figure 3).

A prominent online presence of key company executives also provides foradditional data. Facebook is a great example of how it works. The Knowledge Base card for Facebook includes not only its social media profiles (on Facebook itself and elsewhere) but also its top executives (see Figure 4).

The “Executives” link leads to the relevant SERPs with a carousel showing on top of them. From there, clicking on each executive’s picture reveals the corresponding SERPs featuring a Knowledge Base card for said executive, complete with links to other executives’ profiles (“People also search for”).

Finally, as of early 2015, Google and Twitter have reached an agreement about providing Google with complete access to Twitter’s stream known as “firehose”. What this means is Google now being able to display tweets as they are getting posted, almost in real time.

This is something that had been done before – between 2009 and 2011 a similar partnership between the two companies existed and users could see a separate tab in Google search results called “real-time search”. However, now Twitter results are being displayed very prominently in the universal search results, and for the SERPs where content from Twitter is available it will be displayed as one of the top results above the fold (see Figure 5).

What this means for brands is not only that they should have an official Twitter account, but this should be active and well maintained. This is especially true for situations where some kind of reputation crisis management is required.

Any company can have a bad day; it is how they handle it which makes all the difference. Unhappy customers will take to social media, including Twitter, to vent their disappointment, but if these are the only tweets mentioning the brand they are tweeting about, this is what will appear in the brand-related search results both on Twitter and Google.

On the other hand, a strong social media team supporting the company will make the most out of any negative, potentially reputation-damaging situation and win the sympathies of their customers by aptly resolving complaints.

Of course, this is only possible if a brand genuinely cares about their customers. It is caring for the customers’ best interests that makes companies run online support via Twitter with reps responding to tweets addressed to the company in a timely manner coupled with a friendly, helpful attitude. This alone will help a brand repair most reputational issues and create a positive impression.

Think of all the stories about companies’ great replies on Twitter getting shared – this does get noticed, as well as any poor performance on social media.