Mickey Charles reflects on the recent Brexit vote, and argues that’s it’s time for the EU to extend a hand and reach out, as rebonding and moving forward is in the best interests of all concerned. 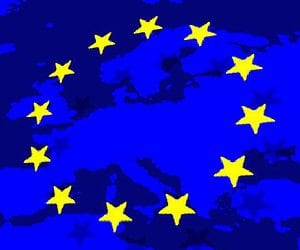 It is like a marriage. Only tougher, and with more wives than one can imagine. Even the Mormons with their single accentuated purpose of propagating the herd and its already bountiful selection of more than willing candidates pales by comparison. Picture life in the 1500s,  1600s, 1700s and the world of the British firmly believing that almost all else on the planet was rightfully theirs, as long as one of their ships made it to the shores, planted the Union Jack firmly into the ground and dispensed with whatever local opposition appeared to challenge this invasive affront.
For the record, the flag of the United Kingdom of Great Britain and Northern  Ireland, commonly known as the Union Jack or Union Flag, is the national flag of the United Kingdom of Great Britain and Northern Ireland. The current design of the Union Jack dates from the union of Ireland and Great Britain in 1801.

“The party running things out-thought themselves safe when they gave in to a referendum on the matter, confident their flock would understand.”

This multi-faceted “marriage plan” seemed like a hell of an idea and United Kingdom had a nice, albeit archaic and invasive ring to it.

Fast forward… ours is a world where the grass, as in marriage, looks greener but that is not always likely the case. Where no man, or country, is an island even when, geographically, they appear to be. Where “kingdom” is singularly descriptive and no longer means “conquered properties” of sorts.

Like marriage, go ahead and look around but do not touch. The grass you thought was greener has burnt out here and there. But, here is the irony of it all. Despite all that savour the single life, marriage and family are better.

Countries working together, relying on one another, sharing discoveries, rushing to the ramparts to defend and help out, to stand as one is, by far, the best way to go or, sadly, our planet will have to start from scratch and wait decades, centuries, longer still for the process to start again.

Dramatic and scary? Sure. Start speaking with folks divorced. Historically, think of The Civil War on our side of the pond. An insane attempt at the biggest divorce in history.  Casualties were staggering, mind-boggling.

So? So this brings us to the European Union and its members among whom England was the focal point and mostinfluential of all members. The EU was/ is a great thing and the unwashed masses did not have a clue. In other words, “If we are the key to all this, the most important member. Why do we need anyone else?”

The politicos in charge made the fatal error of over-estimating the intelligence of their minions, the folks that know as much about politics and world affairs as they know about life on Mars. The party running things out-thought themselves safe when they gave in to a referendum on the matter, confident their flock would understand.

Nothing could have been further from the truth – they understood nothing. The UK is now, economically and in many other ways, the island they were about the time of Creation. The United Kingdom has come undone, no longer united in the wide scheme of things. Lay it out more succinctly and have another referendum? That might work but it is unlikely. Remaining member countries of the EU will meet, band together and separate themselves from England wherever and however they can. New opportunities for treaties and  partnerships will come from the unlikeliest of places, Russia, China?
Donald Trump, who knows as much about politics as a new born child, heralded this as the way to go and indicated that isolationism for the U.S. is the yellow brick road… for the nation built upon involvement and an open door policy for all, the immigrants that flocked to its shores to build the arguably greatest nation on the planet, one that, historically, has recognized the need for courtship, engagement and lengthy interactions/marriage between countries.

He is masquerading and the hope from this corner is that he does not succeed, But, back to the UK and EU…and the rest of us.

“Gaming folks, punters and betting shops are an adaptable lot and they will survive, even while operating on the periphery of the industry and all the countries involved.”

So, what happened and where does the UK go from here? I agree with my old friend, Warwick Bartlett … folks south of Oxford wanted to stay, north and it was a toss-up leaning to leave. Trump has Mexico and cheap labour, UK has its own flurry of immigrants working for less, sharing housing, etc. Guess which choice business owners favour? Large corporation employees were told to vote to stay; smaller companies and employees not employing migrant labour voted to pack up and leave the EU.

The pound looked like it had been beaten up badly but Brexit was not the cause, contrary to the statements of some. The pound will survive but what about the effect on gaming? So long as any solid currencies – USD and euro – are part of the equation, as with tourists spending the same, casinos and betting shops are in good shape. Gaming folks, punters and betting shops are an adaptable lot and they will survive, even while operating on  the periphery of the industry and all the countries involved – like staying married and cheating.

Who asks for membership now, Russia? China? Change EU to EAU, as in European Asian Union and lie about welcoming and/ or trusting China. Accept England when they come back to correct the error of their ways, likely without a referendum of any kind. Best bet, pun intended, would have been to stay with the EU.

The unanswered question is what happens when remaining EU members interact with the UK? Business as usual because there is a bigger picture, like protecting and raising the children, the respective offspring? Probably so. Adaptation. Survival. Moving on.

It is more like marriage than we care to admit. Think about it. Mine is into year 57, and most reading this know or have met Roz. Perfect? Be serious. Still together and better than ever? Absolutely. The EU just took it to another level and the UK blew it when filing for divorce recently.

However, time and need bring solutions and continuity. All will survive, perhaps at necessitous different levels. This brings us back to the core subject. Show me a couple that denies having told one another to perform an impossible physical task with an admonition/directive  to “Go f—k yourself!”, or words of similar import and direction and I will show you two liars. But show me a couple that has  spoken those words and stayed together, that reached over to one another when going to bed, when doing a wondrous act of forgiveness and adding more adhesive to the act of rebonding and moving forward in the best interests of all concerned.

Are you folks at the EU, past and present, listening? Nobody asked me, but it is time to meet, bringing candy and flowers, not to mention a humbling smile  of sorts. Go on, extend a hand and reach out! Breaking up is hard to do but making up and being back on course is such an easy thing to do and so much better in the long term.