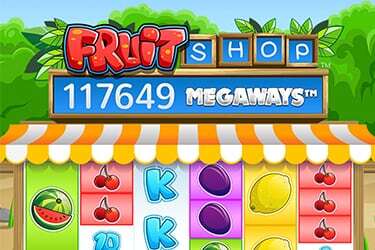 NetEnt and Betsson Group have agreed a new partnership for the launch of the gaming operator’s new slot, Fruit Shop Megaways.

Available on an exclusive basis for seven days from January 21, a week before its network-wide rollout, the latest release marks NetEnt’s first big title of the year.

Commenting on the new launch, Carl Ejlertsson, games director at NetEnt, said: “We’re excited to partner with Betsson for the exclusive early launch of Fruit Shop Megaways. The original Fruit Shop has proven to be a timeless classic – still popular ten years on from its release – and adding the wildly successful Megaways mechanic takes the game to another level. Players are going to love the combination.

“Fruit Shop Megaways stays true to its energetic and colourful predecessor and this time contains a random reel modifier, which varies the symbol height on each reel with every spin, creating 117,649 potential ways to win!

“And the sweetest thing about Fruit Shop Megaways? It’s available on Betsson brands as of 21st January – a week before it’s launched at any other casino.”