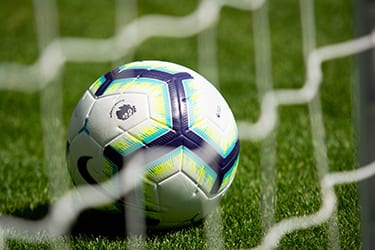 The dawn of a new football season in Europe is met by a number of different users all with varying intents, but all ultimately looking for the same information. It’s how they use this information that differentiates them, while the number of contrasting information sources they view ultimately determines what satisfies their intent. Using the English Premier League (EPL) as an example, those looking to make ‘long game’ bets on which team will finish in the top four, be relegated, or win the league, are using the same information sources as those simply looking to flesh out their fantasy teams to the point where they’re not faced with using their wildcard in week two in an already desperate attempt to not finish bottom of their work fantasy league. The EPL is also introducing more challenges to betting companies through the increase in betting companies securing high-profile sponsorship and advertising deals. For perspective, 50% of EPL teams have gambling companies as their primary shirt sponsors, meaning that on 2 November, nine out of 10 matches played will advertise a different betting company. Throw in global television audiences, replica shirts, television highlights and games like FIFA, and the reach of these betting companies is amplified beyond compare. So how do you compete for that same audience without the same prominence? As I’ve mentioned in previous articles, specific intent changes over time but the user’s end goal very rarely veers off its original course. Using Google Trends data, together with data from third-party tools and websites within the sports betting arena, I’m going to demonstrate how the user erratically navigates to his or her destination. I’ll point out the number of different user bases that they’ll likely touch upon, and how you can conduct the necessary research to enhance your content efforts.

USING TRADITIONAL TECHNIQUES TO ASCERTAIN THE MARKET BASELINE Traditional keyword research and entity research methods can only go so far and can change very quickly depending on real-world events such as transfers and managerial changes. The baseline keywords and topics are also fairly easy to guess, with it mainly being [club] plus a modifier such as: This is also when search volume becomes a strange metric, as without drilling down into monthly seasonality and trends it can be extremely misleading. This, however, is where Google Trends becomes an extremely valuable asset. Taking Arsenal as an example, search volumes for three key terms are: These are already misleading given that search volume is a paid metric and not a reflection of total searches performed, only those in which a paid Google Ad appears, but when we map these phrases via Google Trends, we see immediate patterns, as shown on Fig 1 above. As expected, searches for ‘Arsenal transfer news’ (blue) peak exponentially during the two English transfer windows, with the other two terms ebbing and flowing between season and off-season. It’s also important to perform analysis wider than the data you’re viewing. Again using Google Trends, we can see the difference in interest between people searching for Tottenham injury news (blue), versus Burnley injury news (red) on Figure 2 above. We do however see spikes for each term. Looking behind these numbers, the Burnley spike occurred in early September 2018, at a time when the Clarets had just been knocked out of Europe and got off to a poor start. Is it likely this will be replicated each season? Probably not. Similarly, the Tottenham spike towards the end of the graph occurred throughout the month of May in the build-up to the Champions League final. Again, will this be a repeatable occurrence or just an anomaly in the data? Clearly, having the data and user trend analysis behind this can greatly help and influence a content strategy.

UNDERSTANDING THE NON-LINEAR USER JOURNEY Rather than calling it a funnel, or buyer’s journey, I prefer to call it a user journey, and this is down to one truth that the funnel or Heinz model (Figure 3), is restrictive and ignorant of: that not every user is a customer. Both models assume a linear pathway from awareness through to conversion, and then in the case of the Heinz model that the user can evolve to be a brand advocate and share bets and offers within their own friend circles, who by proxy are likely to have similar interests and may be more qualified potential leads. In reality, a user can erratically transition between all stages of either model or interact with various content pieces, designed for each stage, without ever converting. For the true funnel, you need to understand two things: 1. How the users/marketplace behave at different stages of the season; 2. Your own business intelligence data on ‘when’ and ‘how’. Understanding the ‘when’ is important. Users are likely to be most active in the build-up to a matchday or on the day itself, with placing bets a part of matchday routines, but are there other sweet spots when users are active? Is there an opportunity to target them at different points of the week and at different times? The ‘how’ is equally as important and will strongly influence how you deliver your content. During the week, your potential audience can’t sit at work and read article after article on potential team news and punditry opinions, but in most workplaces they will be able to wear headphones and listen to music –meaning they can also listen to podcasts. By packaging content in multiple formats that allow users to engage in various ways, you can maintain brand engagement and through advocacy attract new audience members. At the same time you can create a broader content footprint and new USPs for your brand.