By concentrating squarely on hard data, Malta-based SlotCatalog is aiming to be anything but just another affiliate site. Joanne Christie speaks to co-founder Johannes Klasson about his focus on the figures. 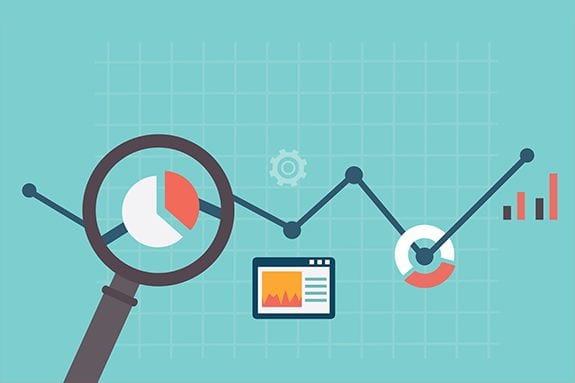 In the last few years, the igaming affiliate industry has been through an enormous amount of change. The pick-up in M&A activity, increasing compliance demands from operators and the shift away from free bets and sign-up offers in the UK have all contributed to the emergence of a very different landscape to that of just a few years ago.

It’s no longer enough for affiliates to throw up a few links and sign up with as many operators as possible – the latter have become choosier and are looking to work with affiliates that are not only compliant but also provide something more in terms of products.

Thus far, it’s largely sports betting sites that have innovated in this area – unsurprising news, perhaps, given the vertical lends itself easily to data-driven analysis. But while casino affiliates might not have as much obvious material to work with, some are now focusing on building data-driven products to differentiate themselves from their competitors.

SlotCatalog is one such example. The Malta-based affiliate is on a mission to become the App Annie of the casino market, according to co-founder Johannes Klasson.

“Just like you know Angry Birds is the best on iPhone because you can see it on App Annie,” says Klasson. “Well, our site is like a small version of App Annie for the casino market. For each market and country we are aiming to provide a hotlist of the most popular games in real time, that is our mission.

“I definitely think that this type of product was missing from the market. It’s easy to say you can’t really build that much for the casino, you can only review slot games and there is not so much other content you can do, but there is definitely room for more in slot games and casino games.”

So far the site features data on more than 8,000 games and Klasson says adding games as soon as they are released is a priority for the site. “As soon as a new game comes out, we will write about it and find a ranking for it, though it will obviously take a few days before we have data from the casinos.”

In its desire to feature information about games as soon as they launch, SlotCatalog isn’t alone – when TAG Media recently unveiled First Look Games, a platform that connects game developers with affiliates to make sure they get game information as soon as – or even before – new titles are launched, it signed up more than 180 affiliates in the first month alone.

Where SlotCatalog differs from the majority of affiliates, however, is in its drive to move away from the more traditional casino affiliate model. “We wanted to really be datadriven and shift the focus away from voting or personal opinions about the games,” says Klasson. “We’ve tried to remove all that. So many websites simply have somebody sitting in a country rating games according to their personal opinions. I think people have lost trust in ratings overall on affiliate pages so if somebody is saying this is five out of five stars it doesn’t really mean anything.”

Partly the move towards data is pre-emptive of a move Klasson thinks operators will also make. “My prediction is that the operators will be a lot more data-driven and less human-influenced when it comes to the game selection in the future. The operators will start looking more at the long-term impact of their games once they figure out how to identify the key data to measure game performance and its true impact on player value. Some have already started to do so but the majority of the operators do not have a clue which key data to even begin measuring with.”

Ian Sims, founder of affiliate compliance tool Rightlander, agrees there’s enormous potential for operators and affiliates to harness data more effectively. “Historically, affiliates and operators have tried to sell their site based on the fact that a player is going to like a single game. They think, ‘Well, a player is going to like Cleopatra so let’s bang Cleopatra all over the place,’ but actually a player doesn’t really think like that. They want to play Cleopatra, yes, but they also want to play Cleopatra 2 and Thunderstruck and other games that are very similar.

“So you can create a product that says, ‘If you like Cleopatra then you are going to like this, this and this,’ and this won’t just be based on the theme, which has always been the easy way out, but based on the data. So how does the game play? Is it high volatility or low volatility? Does it have a certain feature? What is the frequency of that feature? All these little things that actually make a slot interesting to that kind of player can be fed through factual data.”

Sims built a slot comparison site himself several years ago before selling his affiliate network to Blexr and says he was surprised by how quickly it gained a following and repeat visitors.

Similarly, Klasson says he’s been “really blown away by how long the visitors stay on our site and how many people are visiting it” and adds that “it is far better than any other affiliate site I’ve been working on”.

Klasson has worked in the affiliate industry since 2005 and set up SlotCatalog with Fedir Havlovskiy, who previously worked for NetEnt. The site’s team of nine is split between Malta and Krakow and while thus far their efforts have focused mostly on building the technology side of the business, Klasson says they are now becoming more “market-oriented” and are concentrating on monetising their affiliate business.

He says in future they plan to increase the site’s offerings with more data products and that they hope to soon be able to pinpoint the revenues for slot games in each market. It’s not yet clear whether or not these developments will lead to SlotCatalog becoming widely viewed as the App Annie of the igaming world. But one thing’s for certain – as affiliates such as SlotCatalog continue to innovate in terms of products, the affiliate landscape looks set to change even further in future.