As the African market unfolds and attracts interest from major operators, affiliates also have an opportunity to enter the region but, as Joanne Christie from iGB Affiliate reports, there are pitfalls as well as potential in igaming’s least charted continent. 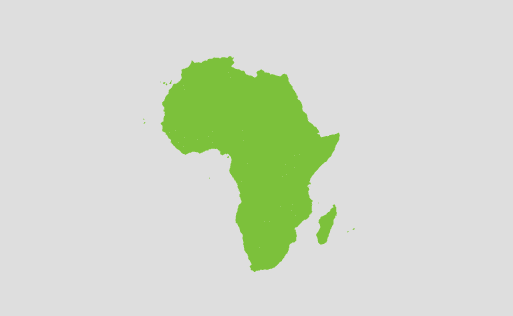 With regulatory changes and saturation in European markets making life tough for affiliates who’ve traditionally focused on established igaming markets, it’s inevitable some will start looking to emerging markets to diversify their revenues.

With its population of more than one billion people and a clear upward trend in the number of people gambling, Africa may seem like a continent full of untapped potential. But that potential sits alongside some major challenges – as well as localising their offering, affiliates and operators also need to find ways around significant connectivity and payment processing infrastructure gaps.

Internet World Stats estimates only 31.2% of Africans have access to the internet. And in the World Bank’s Little Data Book on Financial Development 2015/16 it reported that in 2013, just 17.5% of those aged 15 or over in Sub-Saharan Africa had accounts at formal financial institutions, which rules out the majority of payment processing systems used in developed countries.

But there are bright spots in Africa, for example, Kenya, with its highly developed M-Pesa payment system set up by Kenyan mobile operator Safaricom around 10 years ago.

M-Pesa is so widely used it is regularly estimated that half the country’s GDP is moving around the country via M-Pesa.

While European operators are increasingly focusing on mobile-first strategies at home, it’s important to recognise that these won’t necessarily translate well to Africa — in many cases bandwidth will be lower than in the developed world and through mobile phone ownership is growing fast, handsets are far less sophisticated. But it’s vital to get the mobile offering right as it accounts for the bulk of traffic to igaming sites.

Betin Kenya launched an affiliate programme in August 2017, and Giovando says affiliates are a “key channel to maintain the stable increase of our business”. The programme also allows affiliates to target sister brand Betin Uganda, where Maria Raffaella Micuccio, marketing and communications director, says “affiliates are one of the best traffic sources for Betin Uganda”.

Mathew Symmonds of Web Analysis Solutions, the affiliate behind WinDrawWin.com and PredictZ.com, says Kenya is currently the strongest African market for igaming, but that impending tax rises — a tax rate of 35% was announced last year to come into force in January 2018 — are deterring both operators and affiliates, both of which are beginning to look to branch out.

“Operators are now seeking to diversify into other African countries, and those in Eastern Africa that support M-Pesa are popular, in particular Uganda and Tanzania,” he says. “Nigeria is the one market in Africa that perhaps offers the greatest potential.

As this market opens up, and regulation and payment methods become easier, then we believe this will be the strongest market in Africa. Alongside Nigeria, Ghana is now becoming a popular market due to its relative wealth compared to other African countries.”

Erica Anderson, marketing manager at Income Access, agrees Nigeria offers good opportunities for affiliates. “With the continent’s biggest economy and population as well as a robust sports betting industry, Nigeria is a significant and growing market for affiliates.

Nigerian sportsbooks like NairaBet, which launched an affiliate programme Q4 2016, and Bet9ja, whose programme went live in July, are increasingly leveraging this acquisition channel.”

Anderson says with Google restricting igaming PPC ads in the key Nigerian and Kenyan markets, this presents an opportunity for affiliates as “operators are increasingly embracing the affiliate channel, whose performance-based model boasts stronger ROI than online media buys and offline advertising like print, TV and even radio slots”.

The above factors are leading to an increase in interest in Africa from affiliates, says Anderson: “While the regional affiliate space is still relatively small, it is enjoying significant growth as football and sports bloggers look to monetise their traffic. International affiliates are also increasingly targeting a region in which igaming is undergoing rapid growth as more consumers move online and as overall disposable income rises.”

But international affiliates need to realise it is a very different market, says Symmonds. “Affiliates have to understand that Africa is about perseverance and player value is not going to be anywhere near European levels. However, online betting in Africa is relatively new, so there is a massive market out there to be acquired, and a market that isn’t saturated with brands, other affiliates, and registered players as it is in Europe.

So, although player value is low, player volume is high and makes up for this.”

Player volume may well be high, but conversion rates are low, so affiliates may well be expending a lot of effort sending traffic to operators that never converts into cold, hard cash.

The view from Income Access is slightly different, with Anderson saying: “Registration-to-depositor ratios for Nigeria-facing brands have tended to trend higher than other African markets in 2017, with conversion rates averaging as high as 40%.

Affiliates have to understand that Africa is about perseverance and player value is not going to be anywhere near European levels.

By contrast, the conversion rates of brands focusing on the Kenyan and Ugandan markets have averaged between 20% and 25% this year.”

Any way you look at it, however, the numbers aren’t exactly inspiring compared with more established markets, but this is largely due to payment issues and the situation is improving on this front, with M-Pesa widening its footprint in recent years, including to Uganda.

Betin Uganda’s Micuccio says: “Most of the Ugandans do not have a bank account but 35% of Ugandan adults have a mobile money account. In order to operate in this market an integration that allows to collect and pay through mobile money is key.”

Paysafe’s Rupinder Singh, head of remittance and cross border payments, says there are other promising developments for Africa too.

“At present, we’re observing an extraordinarily rapid technological and cultural change. After many years of payment models based on personal cheques and credit/debit cards, alternative payment methods such as digital wallets, mobile peer to peer payment apps and prepaid online solutions among others, are vastly gaining ground in the payments space.”

Although payment options may be widening, so far, says Symmonds, the verticals African players are interested in are not, with casino yet to really take off in Africa. “The market is almost all football, and even other sports struggle to compete.

“That said we’ve seen success in virtual products in Africa where customers can bet on virtual football leagues with real money. At one stage last year almost a third of all our revenues came from virtual betting. We have seen so much potential in this area that we decided to launch our own virtual product in Kenya – www.sportkenya.co.ke — where customers can play with virtual currency and exchange this for real prizes.”

One reason for the strong football focus is that many African players are now attached to European clubs. “I would say that Kenyans like to see any African players doing well and flourishing in European leagues, with our own brand ambassador McDonald Mariga currently performing well in Spain with Real Oviedo.

Kenyans are extremely proud and this resonates with our marketing activities and how they communicate to us through our social media platforms,” says Betin Kenya’s Giovando.

At the moment the African brands have the lead on the European brands due to their focus on the African market. However, that said, if a big international brand took Africa seriously then they could probably acquire a big market share in countries like Kenya and Nigeria where these international brands are well understood and visible through the major European football leagues and associated sponsorship.”

Africa certainly holds promise for the igaming industry generally and affiliates specifically, but it requires a very different approach then more established igaming markets and presents challenges that many affiliates may not have encountered before.

However, if the market takes off in the way some believe it may, those that start putting in the hard graft now may find themselves handsomely rewarded in future.