It's time to bring affiliates together 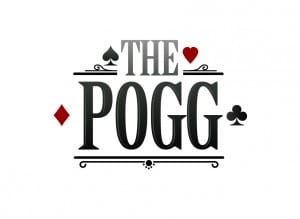 The Pogg manager Duncan Garvie explains why it’s time to bring affiliates together to protect their interests against the whims of powerful operators and questionable practices.

iGB Affiliate: Why did you decide to take this initiative?

Duncan Garvie: Recently Dave Sawyer from OnlineCasinoReviewer.com (OCR) looked to challenge Affiliate Edge in the courts when it retroactively added a minimum activity quota. Unfortunately the court ruled that it was not the appropriate body to manage the issue owing to an arbitration clause in the contract. The claim was stayed so we don’t have a court’s view on the legality of these changes. One of the consequences of OCR’s case being stayed was that the site was confronted with a sizeable legal bill. An initiative was put together by Casinomeister and ThePogg to try to raise funds to help OCR meet these costs without having to do anything drastic. Both sites chipped in with financial contributions, then we put the call out to all affiliates to help OCR in its time of need. I was absolutely floored by the response. Within 24 hours all the remaining funds had been covered by other affiliates angry with Affiliate Edge, which wanted to show its support for an affiliate that chose to take a stand. We could easily have raised four times the target and had to turn down many affiliates that were keen to contribute. The fact that so many were willing to open their own wallets in this way shows a real desire for change. Affiliates are tired of programs offering them a deal, accepting their traffic, then changing the deal. If this were a B2C rather than B2B transaction, this type of change would be considered to be false advertising. It is no more morally sound in this arrangement.

How does the affiliate union intend to tackle issues and broker solutions with operators?

There will be two tiers of membership – first tier and upper tier. The first tier is for those affiliates that are agreeing to co-operate in co-ordinated press releases where programs make arbitrary changes to contracts simply to short-change their partners. The second tier is for those affiliates that are agreeing to jointly fund legal action against programs that make these types of unilateral changes. Any member of the union can table an issue for the union to consider. A brief of the issue will then be prepared and distributed to all members. The membership will then be asked to vote on whether they support the affiliate or not, with a majority of 55% being required to take any action. In the majority of cases, where support for the affiliate is agreed, the union will look to prepare a press release detailing the union’s position on the actions of the program. This press release will then be distributed to all the members that supported the action to provide a template for articles they will publish on their own site. A link structure would then be agreed between the participating members to ensure that all participating sites help each other rank for relevant search terms. Members that voted against the action will not be expected to make any post. In the most serious cases, where significant detriment has been caused to an affiliate’s business, an upper tier member can request union support to pursue legal action. If approved, the union would then seek legal advice in the relevant jurisdiction mon behalf of the member. After this a second vote would be held on whether or not to pursue legal action. The upper tier members would share the cost of this action equally. And by pooling the cost of legal action we allow this strategy to become accessible to all the members and create another more significant disincentive to operators that are not willing to respect the nature of the affiliate relationship.

Previous attempts to instigate collective action among affiliates on these issues failed to gain traction. Why will this be any different?

There have been many attempts to put together an affiliate union over the years, and in my opinion they fail because they try to dictate who affiliates can work with. Affiliates have vastly differing opinions on what makes a good partner program. If the collective starts drawing lines around which programs members cannot work with, any affiliate who has a significant investment with a ‘ruled out’ program can’t take part. To address this issue we looked to take a totally different approach. The structure we’ve put together will not place any restrictions on members in terms of which programs they can work with. And it will operate via a democratic voting system, with every member having an equal say. Furthermore, only supporting members will be asked to engage in publications. What are the challenges with uniting a global affiliate industry and how do you intend to overcome them? There is a difference between uniting a global affiliate industry and what this project looks to achieve. One of the challenges we face is the nature of affiliates, which consist of a diverse group of people with a wide spectrum of views and opinions. This is not an attempt to unify all of them. But we are looking to gather together enough affiliates of a similar viewpoint who are willing to work together to improve the rights of all members. Ideally I would envision an active membership of 50-100 affiliates. In my opinion, were we to go beyond this bracket, administration and maintaining active participation would be difficult. Less than this figure and the effectiveness of any actions we could take would start to diminish. One of the most important strategies to making a success of this project is straightforward and addressed by this interview – we need to get the idea out to affiliates. With thousands of affiliates currently active in the industry it should not be difficult to find 50-100 who believe that this project is a good idea. But the biggest obstacle to overcome here is getting the word out. So I’d like to take this opportunity to reach out and encourage any affiliate who is interested to tell your friends. Word of mouth will decide whether or not this project is successful!

Sky Bet’s T&Cs allowed it to shut its program down with zero notice, and most programs that affiliates have signed up with reserve the right to make similar changes. How does your group intend to deal with this?

I’m wary of commenting on an individual issue as the whole premise behind this project would be the view of the collective decides what action is taken, not the views of myself or any other individual. I think the Sky Bet closure was an example of a program using unrelated regulatory changes to dip its hands into its partners’ pockets. This shouldn’t have come as a surprise to anyone. This operator had a history of taking this type of action and had changed its revenue ladder only a couple of years ago to pay its affiliates less. It slashed affiliate incomes and got away with it. Why wouldn’t it just stop paying affiliates altogether? The biggest strength affiliates have is their traffic. Operators want their brand exposed to that traffic. But this can work in reverse too. The last thing an operator wants is to have that same traffic exposed to negative reports about its brand. Any individual affiliate doing this can be ignored because each one is a drop in the ocean. However, with a reasonable number of mid-sized affiliates working together to highlight when a program behaves in a manner that makes it high risk or untrustworthy as a partner, this in turn presents a far bigger disincentive to the operator.

What other issues would be on the affiliate union’s radar?

We are still in the very early days of this project. If we don’t get a large enough response this conversation may be where the project concludes. I don’t want to get too far ahead of ourselves in terms of looking for new issues to take up before we deal with the basics. I do not want to be at the head of the table. I am looking to help affiliates come together. That’s as far as my views should influence the agenda of the organisation. After that my hope would be that the membership will collectively decide the issues that we need to review, and I wouldn’t want to define the scope of what that may include. The free flow of ideas and opinions is a crucial asset that will help affiliates engage.

How will it work alongside other initiatives, such as Tom Galanis’ iGAA?

While a few people have spoken to me about Tom Galanis’ iGAA initiative I want to be clear that I don’t know Tom personally and don’t have an in-depth knowledge of what he intends. Regardless, I can be nothing but glowingly positive about anyone who’s trying to help affiliates redress the balance of power and would offer my absolute support to Tom and iGAA. From the iGAA site it appears they will look to focus more on regulatory compliance. Our focus would be more on discouraging programs from engaging in predatory and unethical changes to their contracts. I look forward to getting to know and working with Tom as our respective projects develop, and I have absolutely no doubt there will be overlap and scope for co-operation between us, which is what this project is all about.

You set a target of 50-plus interested affiliates by the end of March to move forward with this initiative? How did this go?

We extended the deadline to the end of April to ensure iGB Affiliate readers have the opportunity to consider whether they want to take part in this initiative. We’ve had around a quarter of the responses needed to meet the low end of our target. I think that’s great given the limited coverage we’ve had to date. But a quarter of the responses we need isn’t enough to make this work effectively, so any affiliate that would consider participating or that wants more information should contact me at: webmaster@thepogg.com.

If the union goes ahead as planned, what do you hope it will achieve in the first 18 months?

It would be a huge step forward to have a collective of affiliates agree to the premise and get a working framework in place to allow for the review of issues as they come up. So I would hope the union will be able to review several issues within this period as they arise and form a consensus about any action that needs to be taken. The co-ordination of this many people will always present some challenges and the biggest objective for the first 18 months will be creating a structure wherein members can quickly and efficiently communicate and take action.

As the affiliate market matures, and consolidates, do you see the barriers to entry changing?

The affiliate market is maturing right now and the barriers to entry are changing rapidly. Changes to the Google algorithm, increased competition and more savvy users have all forced evolution. There is no question that it has become far more difficult to establish and maintain a business in the affiliate market. With these changes we’ve seen massive consolidation with super affiliates starting to buy up every site they can and applying their largescale SEO efforts to these sites to ensurem that they are dominating the SERPs. And this does not even begin to touch on how regulatory changes are having an impact on affiliates. Things are going to get a lot tougher within the next few years for small- to midsized affiliates unless we all start working together to protect our own rights. The entry barriers are only going to increase and as affiliates we all need every advantage we can get.