Shortly after Jonas Warrer took the reins at GiG Media, the affiliate business went on an unbroken run of growth culminating in what Warrer describes as its “landmark” win in the Best Casino Affiliate category at this year’s iGB Affiliate Awards. We caught up with him to find out how he and his team did it 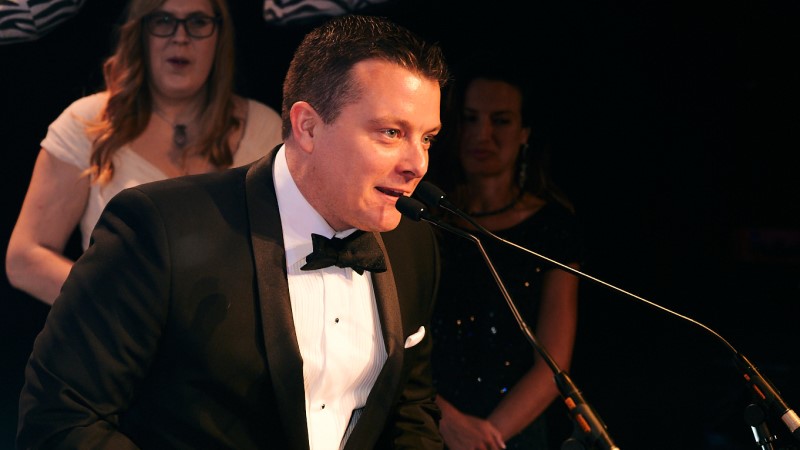 “Sheer happiness and joy” is how GiG Media MD Jonas Warrer described his team’s reaction to being crowned the industry’s Best Casino Affiliate in this year’s iGB Affiliate Awards. The depth of feeling was on full display when his team went up to collect the trophy at London’s Troxy in April.

This ranks alongside their top-three showing in last year’s eGR Power Affiliates rankings as “two of the landmarks we can include in the history of GiG,” Warrer says.

“It’s one thing is to understand that you have progressed by looking at numbers, but winning this award is something people feel emotionally.”

The numbers behind this win speak for themselves, underlining exactly why GiG’s affiliate division beat the likes of Gambling.com Group and Vita Media to land the prize in such a sought-after and fiercely contested category.

Since Q2 2020, GiG Media has reported an unbroken sequence of quarterly revenue growth, all achieved organically at an EBITDA margin of close to 50%. This is something Warrer is “immensely proud of”, although he admits this brings mounting pressure with every quarter that passes. “I have it as a goal that we should never have a quarter with a decline in revenue. Of course, if you keep increasing the bar with only organic growth […] there’s no magic tricks in acquiring something to grow further.”

This impressive performance also coincided with a period in which the media arm was the growth driver for the wider GiG business, which pivoted to B2B after selling its B2C assets to Betsson in 2020.

While it would be perhaps be overstating the case that the Media arm kept the wider business afloat while CEO Richard Brown masterminded the revival of the platform business, it certainly kept the wolves from the door. This period of unbroken organic growth also followed Warrer’s accession to MD of the affiliate business at the end of 2019.

Back in the day

Warrer traces his first experience of gaming to a six-month masters placement at Stern Business School in New York, when he started following and betting on US sports. “The portals over there at that time were just so amazing compared to Europe,” he tells iGB Affiliate. “My main idea was to make an equivalent to ESPN.com in Europe. So we started out to make livegoals.com. My masters was basically about launching that site. So when my masters was done, I launched livegoals.com and founded Rebel Penguin. This is 14 years ago.”

The early days of Rebel Penguin saw Warrer juggling a role as a strategy consultant in a bigger company alongside developing the Livegoals site in the evenings. “We had to do everything ourselves,” he says. “We didn’t have any money. A lot of things you had to figure out yourself, learn to code, how to see your fundamentals. All just learning by doing.”

Then he contacted GiG Media, paving the way for Rebel Penguin being acquired for €13m (£11.1m/$13.7m) in 2017, before taking charge of the division two years later. He believes his “background in business administration and IT made also the journey a little bit easier, as I was a bit of a jack-of-all-trades.”

Unsurprisingly, Warrer sees the integration of the full-service digital agency he founded into the GiG Media business as instrumental in the performance and growth of the affiliate arm. “We basically do everything in-house and take control of the full value chain internally,” he says. “It gives you a much better understanding of all the different details. Affiliation and a lot of online marketing is a details game.

Key to accelerating GiG Media’s growth was the integration of an IT team into the division, giving it dedicated tech resource. “Now it’s easier to operate a high number of sites. Instead of five different technology stacks, we have centralised and automated the IT and have one stack that can power all sites. We also have faster sites that are better working from an SEO and user perspective,” he says.

“The dynamic here, the interaction between those two units [marketing and IT] is where the magic happens, and if you want to compete on a bigger, global scale.”

“Marketing technology can, for instance, be a content management system that helps you operate a larger number of websites. It can also be a business intelligence tool that helps you track data and understand how you’re performing with your partners. It can be a tool that helps you create paid campaigns and adjust these based on the day and time. There’s a lot of things you can build technology-wise that will make your people work smarter and faster and cleverer.”

GiG Media has grown its workforce to 190 across paid and publishing, made up of around 60 in Copenhagen, 35 in Malta and 20 in Riga, with a wider group scattered across the world. “I think we are at 41 nationalities now, we have a few people sitting in Asia, on the African continent, in North America,” Warrer says.

This internationalisation of the organisation is one of the factors that has moved the needle in terms of conversion and UX across GiG’s network of portals in the last 12-18 months. “That cliché about thinking global but acting local is easy to say and you create a more complex world where you want to compete in many different markets. But I think from a conversion or UX focus, you need to have people out there in the different markets.”

While GiG’s affiliate business is spearheaded by two global flagship brands in casino and sports, CasinoTopsOnline.com and WSN.com, Warrer says his focus is always on growing and diversifying the business beyond dependence on specific markets and brands, a journey he describes as “neverending”. Indeed, ‘diversify’ is one of the three pillars of what Warrer calls his ‘three Ds’ strategy for GiG Media. He takes the view that with a wider footprint, it becomes more sustainable.

This has prompted it to expand beyond the Scandinavian markets it was originally focused on. “When we took over with the new management and looked at the numbers, it was evident that we were probably too risk-loaded there.

“But if we look back over the last two years, we don’t have any single countries I would denote as the main driver for the growth. We are growing in all continents that we touch.”

According to Warrer, fast-growing territories include Central and Eastern Europe and Latin America and, of course, in North America where GiG has “seen quite good progress in the last period, and a future key market for us”.

The other Ds of Warrer’s three-pronged strategy are ‘defend’, meaning they don’t cede any market share in the markets where they have a strong presence; and ‘develop’, which refers to developing martech, websites and conversion rate optimisation. “All of those elements underpin having a very well-oiled machine where you keep growing player intake. Later, you see also that in the subsequent months, revenue will follow.”

At the moment, GiG operates around 40 to 50 of what Warrer calls ‘tier-one’ websites, which “bring in material revenue and contribute to a healthy growing business”.

“Actually we are trying to go more into full revenue share deals. We have a very healthy business. We know the highest reward comes from working on revenue share deals, where you share risk and reward [with the operator]. We’re very confident in the player values we generate.

“It is our ambition to go after more full revenue share deals, or maybe hybrid deals where the CPA element is lower and most of the money would come from the revenue share component. It’s our view that is the most attractive way to engage in long-term partnerships with our partners.”

Does he not see it as inevitable that CPAs will rise as part of the mix as GiG grows its presence in the US, where it remains the dominant commission model?

“We are trying to get revenue share licences now in a few states. The main challenge with a CPA deal is that you essentially ask the operator to take some kind of risk. “We like to work with really long-term partnerships where you build up business gradually and optimise the traffic together.”

As for the US, Warrer believes that his division has finally settled on a model that is working. “It’s taken us a bit of time to find that with the nationwide approach we have taken there. We have not focused for instance on New Jersey only, and WSN isnow across all of the American states.”

Warrer says WSN, which has been running the Wise Kracks podcast with TV personality and expert bettor Bill Krackomberger for a couple of years now, saw traffic double in Q4. However, with 75% of the traffic coming from US states yet to regulate, he says, “We currently cannot yet monetise that in any way.

“We of course have high hopes that as more and more states regulate, with the addressable market and the traffic we have on WSN we’ll actually be able to convert. So we see a big future potential future there now.”

Warrer says GiG Media’s initial slow progress stateside was down to applying a European mindset to the US market. “Maybe users have been a little bit more sceptical about online betting. Maybe there’s a little bit more education or information needed on the site. It would be my understanding that maybe live betting is not that big in the US.

“It seems US bettors are after something different from the European approach of making a lot of ‘top’ lists.”

GiG Media’s emphasis on organic growth in the US also contrasts with the M&A-driven approach of its listed rivals which have spent huge sums on buying up assets – and haven’t invested €60m in a sportsbook and PAM business.

Perhaps here lies the answer as to why GiG hasn’t also acquired to keep pace with its high-spending rivals in a market forecast by H2 Gambling Capital to be worth up to €4.9bn in affiliate revenue by 2027. But this hasn’t ended speculation that a disposal of this incredibly efficient and profitable asset is on the cards, especially as the B2B business grows.

Warrer, however, points out that GiG made its M&A moves prior to 2019, meaning recent years have seen it enter an internal consolidation phase. And he acknowledges that a business that has grown revenue organically by upwards of 30% every year in that time is going to be an attractive business.

“I’m very satisfied that we, not only by our own choice [but] also because we also wanted to invest on the other side of the GiG business, that we have been executing so strongly in consolidating and optimising the assets we have, essentially making more money on the same thing and having a very healthy EBIT margin.”

Looking ahead, he sees some potential headwinds coming from struggles to recruit new talent, an issue widely felt across the industry.

However, the Awards’ recognition of GiG Media as a well-led, innovative business growing ahead of the curve in the igaming affiliate space certainly won’t harm its chances of being at the top of the wish list of talented candidates looking for a fresh challenge.