Newsweek’s recent online poker cover story painted a remarkably one-sided picture of a complex issue which should have set off alarm bells for any credible editor, writes Eric Raskin, editor-in-chief of All In magazine. 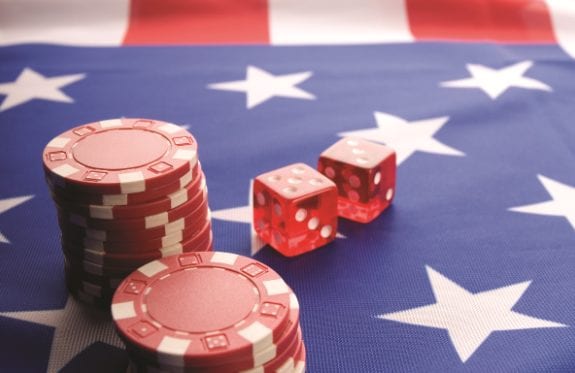 A sad-eyed boy, fair haired and fair skinned, wearing a lily white undershirt, holds an iPad bearing an image of a royal flush. The headline reads “Poker Face”. The attempted implication? Beware of legalized online poker, for it will rip your adorable, innocent nine-year-old children from the pages of a Banana Republic catalog and turn them into gambling addicts, surreptitiously setting fire to every last penny of their parents’ hard-earned money.
Congratulations, Newsweek. Good to see that the art of propaganda is alive and well in 21st-century America.
Oh, and if you think that’s disturbing, wait until you actually read the article. I could take aim at Leah McGrath Goodman, the author of the piece with the headline “How Washington Opened the Floodgates to Online Poker, Dealing Parents a Bad Hand.” And to some extent, I will. But the majority of my venom is reserved for her editors at Newsweek, a venerable mainstream news publication.

I’m familiar with how the large newsroom operates. For two months in 2011, I was an editor on a special project run by ESPN The Magazine out of their Manhattan office. There were probably about 25-30 people responsible for putting the words in that magazine together. For any individual article, at least five or six of those people would have a hack at it. In the three years since my stint at ESPN The Magazine, I’ve been a freelance writer for Grantland.com. Every blog post I write for Grantland gets seen by three editors, while
the features can go through four or five.
The operation at Newsweek must be of a scale somewhere along these lines. I can’t imagine a world in which fewer than five people on staff read Goodman’s story before it went to press. It’s a cover story. And that’s why the publication of this week’s hatchet job on online poker blows my mind. It is a remarkably one-sided piece of reporting/writing, one that should set off alarm bells every few sentences for any credible editor. Chris Grove at OnlinePokerReport.com identified 11 egregious errors or misrepresentations in the Newsweek article, some of which were broken down into sub-errors.
If one of my writers filed an article that painted a completely one-sided picture of a complex issue, I’d reject it and make that writer do more research and at least a partial rewrite. And that would be true no matter how close I am to deadline or how desperate I am to fill pages.
In the case of Goodman’s cover story, two alarming failures to cover the issue in an even-handed manner jumped out at me. One is that Rep. Jason Chaffetz (R-UT) is quoted extensively, and his opinions presented as facts, when he is known to be one of the congressmen prominently attached to billionaire Sheldon Adelson’s efforts to ban online gaming; no politicians on the opposition side are quoted. If you were writing a feature story on abortion that quoted politicians, would you not seek comment from at least one who is prochoice and one who is pro-life?

The other failure that made me want to punch a hole in my laptop screen concerned Goodman’s excoriating of the manner in which U.S. Assistant Attorney General Virginia Seitz decided in 2011 that the Wire Act of 1961 did not apply to online poker or other casino games … while glossing over the manner in which the UIGEA was passed in 2006. If one finds Seitz’s ruling to be a shady way to interpret/ reinterpret/enforce/un-enforce laws—a reasonable position for Goodman to take— then how can one not shine a similar light on the UIGEA, which was nefariously attached at the last moment to a must-pass port security bill. Many of the politicians who signed the UIGEA into law admitted afterward that they weren’t even aware of it—which was precisely the intent of Bill
Frist and the UIGEA’s other backers, who knew this legislative monstrosity was never going to pass via legitimate means.

But, hey, why would we expect an accurate portrayal of poker from a media outlet that doesn’t know the difference between winning the WSOP Main Event and being “the world’s best poker player”?
Why should we expect Newsweek to delineate between legal, regulated online poker and its illegal counterparts that only exist because of the failure (so far) in 47 states to make the game legal and regulated? And why should we expect Newsweek to properly represent just how hard it is for underage gamblers to access these legal, regulated sites? When I was in Nevada in July, I made a deposit on WSOP.com, and had to go through a lengthy online-chat process before making a cash deposit at a casino cage, which involved acquiring a player’s card and showing my ID multiple times. It was a pain in the ass, but if the goal is to make it near-impossible for Junior to steal Dad’s credit card and play online poker, the current system in Nevada, New Jersey, and Delaware is working. But for Newsweek to admit that would go against their chosen narrative that online poker operators will stop at nothing to corrupt your sweet, innocent child.

There’s nothing wrong with taking a hard stance on a polarizing issue. But where I come from, that’s called a column. Or an editorial. What Newsweek has done is tell a two-sided story from only one perspective and attempt to pass it off as an honestly reported feature. As an editor, as a writer, as a poker player, and as an American, that offends me.
This is an abridged version of an article first published at allinmag.com, reproduced with permission of the copyright holders.