Once seen as having little structure or rules compared to search or social media advertising, influencer marketing began to change in 2019. Corey Padveen identifies three key directions of travel for the strategy, which he sees as imposing some order on a frequently chaotic landscape 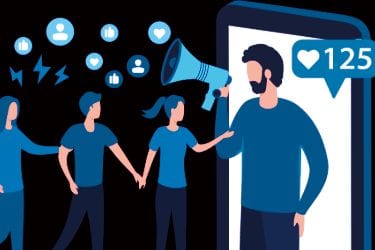 If you’ve spent any time online in the last few years, it’s likely you have been inundated with content related to influencers and influencer marketing, whether it is an Instagram post with hundreds of thousands of likes or a digital magazine article outlining the seemingly endless benefits of becoming involved in influencer marketing. There is simply no way to avoid this rapidly growing marketing strategy. Last year, however, we saw some consolidation and recognition of the industry that we had not seen before. Now, it seems, influencer marketing has some structure and rules to it, something hitherto unseen. Make no mistake, the realm of influencer marketing still has a long way to go before it finds itself structured as neatly as search or social media advertising. But at least we have some guidelines as to how these campaigns work, and it is clear they are going to be crucial to the success of many businesses in the coming year. To get a better sense of how influencer marketing has changed and where we expect it to go in the coming year, there are a few key areas we need to explore. First, the most obvious one: pricing. Historically speaking, influencers have set their prices at random, and brands and marketers have been forced to either accept or reject the cost. That’s beginning to flatten now with the proliferation of campaigns and, ironically, the increase in demand. Second, measurement is finally being called into question. Vanity metrics are beginning to move aside for more concrete business metrics. Third, we are seeing a shift from celebrity to organic or micro-influencer at a much higher rate than we had in previous years. Each of these three areas will be crucial in terms of where influencer marketing will move in 2020, and ultimately these will be the areas that help round out a currently chaotic landscape.

Until recently, pricing control has remained largely in the hands of influencers. Media kits and price sheets have been all over the map, which has made it hard to pin down a budget allocation for a campaign. Unlike affiliate marketing, for example, where costs are largely associated with performance and key performance indicators, marketers have had to rely heavily on subjective pricing structures associated with largely abandoned vanity metrics, such as audience size and superficial engagements with content. In 2019, contrary to most economic models, we started to see that an increase in demand and a restructuring of the landscape (discussed in the following section) has led to more critical and structured thinking with regards to pricing. Over the course of the next year, we can expect to see increasingly accepted standards when it comes to pricing. These will likely mimic that seen with affiliate marketing over time. Instead of only pricing campaigns with flat fees (which will continue to exist) we will start to see costper- acquisition, cost-per-lead, and cost-peraction pricing take hold. We are already seeing evidence of this shift with the new influencer platforms being launched on the likes of YouTube and Instagram. While it is difficult to settle on a standardised rate card at the moment, one thing we are sure to see is the development of a closer relationship between pricing and performance. This brings us to our second area of focus…

For a long time, we’ve seen influencer clout linked inextricably to follower count. That number has played one of, if not the most important role in everything from price setting to content count. Essentially, influencers have dictated the rules of the game based on how many people an Instagram post has the potential to reach. Why has a vanity metric that has been long abandoned in other marketing areas been so readily adopted in the world of influencer marketing? It has a lot to do with the speed at which the industry has proliferated. Marketers and brands had a tough time keeping up with social media initially, and influencer marketing took that pace to an entirely new level. As accounts blew up overnight, their owners were given unprecedented power to name their price simply by showing that their public reach rivalled major media outlets and even celebrity accounts. But just as we’ve seen with other channels, a swift evolution in how we measure the success of these campaigns has begun, and we can expect to see the depths of measurement extend greatly in 2020. The first major indicator that measurement is set for a renaissance is the removal of public ‘like’ counts on Instagram – and potentially other networks’ – posts. You might recall some significant pushback from influencers when this announcement came out. That is because reach and likes were largely the justification for what influencers were charging brands for a campaign. With those becoming less of a priority for both the networks and marketers, we can expect to see a greater focus on business-relevant metrics making their way into the foreground. This focus on conversions, acquisitions, sales and leads, to name just a few, will be accompanied by an increase in the tracking mechanisms and strategies in the influencer marketing realm. So along with measurement, expect to see an increase in the number of platforms that offer measurement tools and technologies for influencer marketing and campaigns.

For quite some time, the terms ‘celebrity’ and ‘influencer’ have been used interchangeably. At its inception, influencer marketing was much more about celebrity (paid) endorsement than genuine influence. Brands might still be working with celebrity ambassadors but we have started to see a genuine shift away from equating celebrity endorsement with influence. Expect to see the use and value of micro-influencers increase in 2020, much as it did in 2019. While celebrities have a vast reach and significant engagement from their audience, the weight of that influence remains in question. With celebrities, the exorbitant cost of a campaign is the equivalent of casting out as wide a net as possible in the hope that it catches a few fish along the way. The shift to the focus on micro and industry-specific influencers helps keep a narrow focus on a relevant group of prospects, mitigates your cost, and ensures that you’re dealing with an influencer who yields true influence with the audience he or she is talking to. This became a much more prominent practice in 2019, and with the changes we’ve seen with networks over the last year, we can expect to see this method of executing campaigns continue to grow in the coming year. While these three areas are sure to evolve in notable ways this year, we have not seen the last of the changes to the influencer marketing landscape. This is a valuable industry and a relatively young one at that. With that in mind, we can expect a greater expansion and standardisation of practices to come into effect in the coming year.