Google is not your friend. It messes you up. But you also can’t live without it. Which is why accepting that your enemy is also your friend is the only practical way to deal with a worsening situation, according to Nick Garner 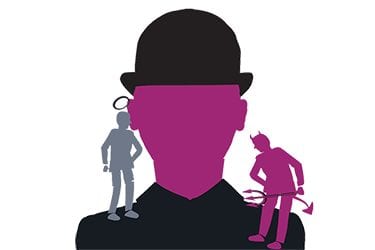 Politicians, corporate leaders and other powerful entities may say they care about you. But do they? Probably not. If you’re an igaming affiliate, you are most likely to make your profits through organic search. In my case, I have done well out of SEO over the years. So maybe both you and I have Google to thank for our good fortune. But do you ever get that feeling… the feeling that each year SEO gets a little tougher with fewer clicks to go around? Today, I want to talk through the direction Google is headed and how to have a healthy relationship with it.

Companies are expected to deliver ‘shareholder value’. This means a lot of things, but one interpretation of ‘value’ is earnings. There is no mandated legal policy for Google to maximise revenues but if they don’t hit earnings targets, shareholders get upset. A recent report on Investopedia stated that “analysts provide no reliable estimates for paid clicks or cost-per-click for Q3 of this year. However, [Google’s parent company] Alphabet’s average costper- click fell by 28% in the same quarter a year ago, Q3 2018. Cost-per-click also fell 18% in Q3 2017. “So, while paid clicks were increasing for Alphabet, the average revenue that advertisers have been paying them per click has been decreasing. “However, the rise in paid clicks has more than offset the impact of declining cost-per-click, putting advertising revenue on an uptrend. Paid clicks alone may no longer be enough to boost Alphabet’s growth long term.” Yes. Google has a revenue problem. As you know, Google AdWords is an auction, where advertisers compete for prominence on Google search results. When a user clicks on a paid advertising result, the advertiser pays Google. The genius of AdWords is that Google can claim to be the neutral enabler. It simply hosts an auction and the market sets the prices. In theory Google has no control over the market. In practice Google has a number of levers they use to push maximise advertising revenue. Here’s an old war story. Way back when I was an SEO manager in a large bookmaker, I sat beside the AdWords team. One day, the guys told me that the AdWords spend had to be increased, because the quality score for the AdWords account had dropped. The lower your score, the more you have to pay in cost-per-click. It turns out my employers weren’t the only company to suffer a quality score drop. According to my buddies in other operators, quality scores had declined across numerous operators at the same time. I assume Google thought AdWords revenues were under-optimised for UK igaming. It adjusted some settings and bumped up revenue by hundreds of millions of pounds. Nice for them, not so good for everyone else. My theory? Google has a ‘bank’ of changes used to increase AdWords revenues. Google’s revenues haven’t been on target recently. Coincidentally, we’ve had the favicon update. Strange. For those in the dark, Google search results now show a small colourful icon on the left of each result. Adverts have an icon saying ‘Ad’ (see Fig 1 below). You might think this isn’t a big change, but next time you do a commercial search (i.e. ‘online casino’) you’ll notice how the paid advertising kind of blurs into organic search. Anecdotally, I’m now probably 30- 40% more likely to click on paid search results than before. Maybe you’ve had the same experience? It’s important to remember that AdWords only accounts for about 4.5% of all clicks on Google but generates about $120bn (£93bn) of revenue a year from AdWords. That’s roughly $330m a day. Advertisers tend to only run AdWords where there is commercial opportunity. So AdWords is only relevant to 10-12% of all search queries. If Google can increase AdWords click-through rates from 4.4% to 5.5%, it increases revenues by 25%, or $30bn a year. Small adjustments to search results produce huge revenue gains.

Jumpshot, a data analytics platform, reported in June 2019 that more than 50% of clicks within search results are now ‘zero click’ (see Fig 2 below). This means clicks that once went to a website now go no further than Google’s results page (because the answer to the user’s query is displayed there). Zero clicks are useful for users and Google. Not so great for site owners. Google made a trade with the internet: organise your sites for us and we’ll send you traffic. It upped the ante and promised: organise your metadata and we’ll send you more traffic. The catch: the traffic never came because Google took our information, recycled it and stopped the click flow. Kind of evil. Psychologists regularly talk about reconciling anger and frustration to move forward in life. It’s easy to be angry with Google, but it doesn’t help you get more traffic. Want a better future with Google? In my opinion, there are two things you can do. You can keep Google in check, and you can work with Google.

Previously I mentioned the Jumpshot data showing over 50% zero clicks. In July 2019 a US congressional panel asked Google for some information (see Fig 3 below). Google declined to give a Yes/No answer, but instead commented “…the author of the report cited in your letter did not make his specific methodology clear, but it’s inaccurate to portray featured snippets as simply answering a question and never resulting in a click […] Many sites strive to have their content highlighted as a snippet, which can drive meaningful traffic to their sites”. It’s not just the US government that are watching Google. The EU fined Google €1.49bn (£1.28bn) in an antitrust case when Google unfairly included exclusivity clauses in contracts with advertisers. In September 2019 lawyers representing the governments of 50 US states initiated a substantial antitrust investigation against Google. They are looking at three areas: Politicians know there is revenue to be had from fines and taxes… not to mention votes to be had. Expect life to get much tougher for Google. On an individual level, you know a lot about how Google works. Maybe you can offer your specialist advice, lobby or vote for enforcing checks and balances with Google.

Ultimately Google has to satisfy its users. If Google’s users are satisfied with the content they find, they’ll come back and do more searches. As we know, every search is a question that’s looking for an answer. If you satisfy Google’s users for the right key phrases and get conversions, it’s a win/win. Previously it was relatively easy to find weaknesses in Google’s algorithms. That meant irrelevant or unsatisfying content could rank. It wasn’t good for Google’s users so Google has largely fixed the problem. With the rise of machine learning Google’s algorithms are now smarter than ever. Black hat SEO doesn’t work like it used to. So, these days I suggest you put your effort into satisfying Google’s users and converting that traffic.

Before search engines, there was no search traffic. We are here because of Google. It’s not healthy to be a Google fan boy. They don’t care about you… but they do care about your content if it satisfies their users. Give Google what it wants, but get those conversions for yourself. As you can tell, I don’t love Google. It’s my enemy – and my friend.