When Google removed right-side ads from SERPS ad spaces decreased by ~30% and increased the competition for visibility. Roy Coughlan and Steve Mitchell analyse the early signs of what this change will bring. 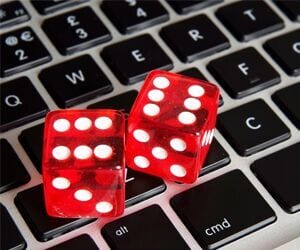 In a nutshell, Google has removed the right-hand side ads – the ads running down the right-hand side of most search results pages – in favour of showing an additional ad unit at the top of the results. This changes the layout of the SERP to have 1-4 ads at the top of the page with an additional 2-3 ads shown at the bottom. In total, this decreases the amount of ad space available to advertisers by almost 30% (down to 7 from 10 units) and drastically increases the competition for visibility across the top 3-4 units.

Why has it happened?

Google has only confirmed the update retrospectively after the change had been flagged by many industry specialists and agencies, but no official announcement has been forthcoming regarding the exact reasons behind the update. It’s clear that this move streamlines the layout between mobile, tablet and desktop devices, and is another step in aligning Google with a mobile-first approach. There are also some commentators who argue that this benefits the user experience on Google. For one, the righthand side – as an aggregate – made up a rather insignificant portion of clicks as a percentage of the impressions available for a given query. This seems to indicate that users weren’t really clicking the righthand side ads and with click-through rate being a primary measurement of relevancy to Google, this line of thinking seems to make sense. Secondly, by limiting the number of ad units available, advertisers will likely have to pay more to remain visible and less committed advertisers – i.e. those previously mopping up cheap clicks along the right hand side – will very likely drop out of the auction. Again, this would ultimately improve the quality of results.

How will it impact PPC?

Obviously what has everyone in a slight panic is the potential impact on PPC, especially in industries like iGaming where customer values are high and competition fierce across AdWords. With large parts of the US still restricted from fully utilising PPC as a viable means of driving traffic, the below is more forward looking but nevertheless still provides insights into the current discussions.

It seems generally accepted that the removal of the additional ad units will drive up bids from advertisers desperate to maintain their top-of-page visibility. This will almost certainly be the case in the long term, however, in the short term it might be too broad a generalisation: for example, an advertiser who previously targeted position 4 (which was shown on the side) would now expect a much higher CTR (with the ad shown above the results). This rise in CTR would in turn reduce the cost per click, and in this case we would in fact expect a drop in CPC. This is supported by our internal data, where we have tracked a 13% increase in CTR and an 8% decrease in CPC between positions 3-4 after the right-hand side ads were killed off.

With the relegation of spots 5-7 to the bottom of the page, there’s some concern that this will limit all the action to the top 4 ad spots. This seems to be the case, with close to 94.7% of all clicks that we’ve tracked since the change coming from position 1-4. However, when we compare this to the period just before, the change is not as pronounced: all right-hand side ads combined delivered just 6.5% of click volume, reflecting a similar majority of traffic coming from the top positions. Where we have seen a huge difference in the traffic split is when we look at verticals outside of iGaming – Ecommerce now drives a lot more clicks through Google Shopping and travel advertisers are probably the most hard-hit, losing a substantial amount of traffic from righthand side ads.

How does this impact bid optimisation?

The ability to manage bids against performance metrics has always been a crucial element in the AdWords optimisation process, and industryleading tools such as Kenshoo, Marin and DoubleClick have invested significantly in refining their algorithmic bidding suite and algorithms. Previously these would allow advertisers to create complex bid rules aimed at identifying the exact bid that had the best possible chance of delivering a positive return, across the whole array of available ad positions between 1 and 10. Now that Google has culled its visible ad units to effectively 4, it will be interesting to see whether algorithmic bidding tools will continue to show outperformance versus manual bidding or whether the entire bidding process will just default to bidding to the highest affordable position. Similar to the last massive change Google rolled out with Enhanced Campaigns, the full impact won’t be evident overnight and will need a few months to settle in. As it’s been just over three weeks since the update, we’re still tracking the data for more pronounced trends, but it’s clear that this has been a major shift for AdWords and will make it a lot more difficult for smaller operators and brands to compete with the industry leaders.

How will it impact SEO

From an SEO standpoint, the effects are quite obvious, there is less on-page realty for above-the-fold organic results, leading to a lower organic CTR. Competition is going to be hotter than ever for coveted top 3 organic results. Many SEO experts have thrown their hands up in anguish at the change, but in reality it’s a challenge that will see content, search, social, and paid taking an integrated approach. This will in turn force companies to take a comprehensive, and honest, view of their consumers’ digital journey while optimising all touch points accordingly. The alternative is to risk losing out on maximum brand exposure and ultimately traffic to site.

How can businesses combat any negative effects of the change?

The major change across SEO is how the new SERPs layout has boosted the value of the local search, the Knowledge Graph and long-tail keyword targeting. The evolution of the Knowledge Graph from 2012 to present has highlighted and emphasised the importance of factual content. With commercial term searches now dominated by AdWords placements, non-commercial and long-tail search terms that answer potential customer questions through the creation and distribution of quality content is paramount for visibility in SERPs, this includes engagement rates and backlinks, both within results and potentially in the Knowledge Graph. Nothing has changed with the fundamental core of SEO – quality content is still king. Local search is more important than ever, with businesses having to target potential customers on an increasingly granular geographic level. This should be done through the use of hreflang tags and location-optimised landing pages. Companies with physical locations will have to leverage this through the use of My Business listings, citations, and reviews to boost above-the-fold visibility. The importance of on-site elements, like schema markup and attractive metatags, cannot be stressed enough. These are key to attracting as much attention as much as possible within SERPs. Brands need to utilise schema, including its ratings and reviews, to boost visibility.

Julia Logan of IrishWonder.com puts it aptly when describing the importance of prominence, specifically related to organic results: “Ads will evolve, becoming more interactive and visually attractive – this means you should not be left behind.” Now would be a better time than ever for businesses to rethink and ultimately correct their SEO strategies. The focus should be on ensuring a solid digital foundation through on-site optimisation, quality content distribution, and the integration of channels to drive engagement. Time will tell what the full impact of this change will bring for both paid and organic activity, and how marketing teams will react to this but for now we watch and wait.

“Local search is more important than ever, with businesses having to target potential customers on an increasingly granular geographic level.”