In the quest for ranking glory, some web development projects focus too much on flashy new concepts and ignore the fundamentals, argues Digital Fuel Marketing’s Kristian Towell. 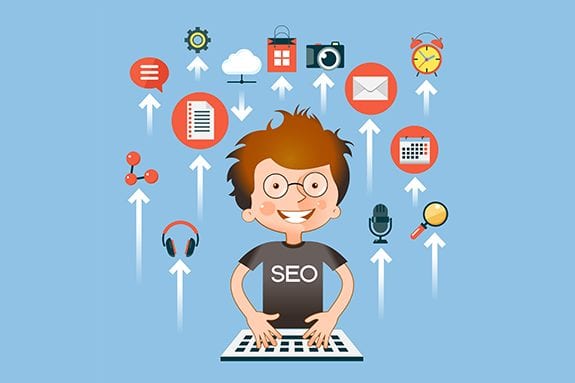 The world of SEO has evolved considerably from the early days of Google and today there are more considerations than ever before when developing a successful SEO strategy. From enhanced listings with structured data and schema markup, to accelerated mobile pages (AMP) and mobile friendliness/usability tests, the array of options for improving site visibility can be bewildering even to seasoned SEO pros.

In a great deal of instances, however, the old adage ‘don’t run before you can walk’ has never been more appropriate, and all too often ambitious web development projects focus on the jazzy fresh concepts in digital marketing while ignoring the fundamentals. So before you get carried away, take some time to ensure you’ve got the basics right as proactive SEO is a hell of a lot easier than reactive SEO. Here’s my rundown of the key areas you’ll want to address to maximise your chances of ranking glory.

Say what you mean
The old idiom that a picture is worth a thousand words simply doesn’t ring true in search engine terms. While Google et al do have the capacity to interpret pictures to a degree, they’re nowhere near as easy to comprehend to a complex computational algorithm as, say, a thousand words. And if you’re going to be feeding the search engines thousands of words, you’re best off having those words leave no element of doubt as to what you’re trying to achieve with your site.

It seems obvious – patronising even – to explain that writing about what you do/ sell/dream of is key to achieving the competitive search engine rankings you rightly crave. But the fact is that one of the most common issues with failing SEO efforts is a chronic lack of information pertaining to the subject at hand. The more intertwined you are with a particular project, the harder it can be to see just where your message isn’t being conveyed.

To you, the look and feel of the site you’ve come to view as a precious child says everything about who you are and what you’re doing. To the layman, it’s cryptic at best, and to search engine spiders (the robots that scan and catalogue the internet for the vast indexes of the search behemoths) it’s semantically impossible to decipher.

Harmony between teams is the key. Designers, developers, writers and online marketers can all play nicely together, provided you get them working with each other at the beginning of a project

Working on anything for an extended period of time can dull your senses to reality and a second pair of eyes can be critical. Websites, by their very nature, need to be audience focused so you need to determine who you’re targeting to know whether your site reaches them. Step one in any website build should be asking who you’re trying to reach. Step two needs to be answering that question.

Once you have a clear idea of your audience it becomes a good deal easier to convey your message to them. A secondary benefit of this is that in spelling it out for your intended visitors, you’ve also told the search engines your reason for existing. “We create competitive solutions for a reactive gaming environment” is as useful to search engines as it is to bemused human readers. Rather, “we’re a brand new sports betting and casino operator” tells it like it is.

Behind the scenes basics
Many people fear SEO as some kind of unspeakable wizardry, the practitioners of which are as versed in smoke and mirrors as they are in basic HTML. In actuality much of the jiggery-pokery that goes on under the hood of a website to have it optimised for search is simple and straightforward.

Perhaps the single most important on-page ranking factor is targeted metadata to capture search traffic around your primary keywords.Metadata, in this instance, refers to the meta title and description tags that should be applied to any and every public facing page of the web. Your meta title is the big blue clickable link that is returned in Google search results for your site, and the meta description is what’s displayed beneath. If your homepage meta title is populated with your business name and a short nugget of detail on that business, then congratulations, you just told Google – and by extension, the entire world – who you are and what you do.

Every page should have a meta title and every meta title should explain that page’s content. This is commonly accepted to be one of the first places – if not THE first place – that Google will look to determine a page’s place in the order of things. This has been SEO bread and butter since the birth of the industry and yet, incredibly, it is still frequently overlooked. I’ve worked on numerous projects where eager web developers have put together giant website builds filled with flashy, modular content designed to grab a user’s attention, yet they’ve neglected to include the basic functionality to easily edit and update individual page metadata.

Consequently, when said site goes live to the world, it is visited by precisely nobody, as search engines will never return its pages in search results as they can’t be effectively categorised. The most successful new site launches, or site migration projects, will have ensured that SEO teams have collaborated with designers and developers as early as possible to marry functionality with usability and crawlability. Clients often seem surprised that such basic optimisation techniques can be neglected by web developers, and get quite put out by the fact that web design, development and optimisation are all separate disciplines.

However, in much the same way as you wouldn’t ask a plumber to rewire your kitchen, a web developer isn’t principally concerned with the ease at which a site can be crawled and indexed for relevant search terms. Harmony between teams is the key here. Designers, developers, writers and online marketers can all play nicely together, provided you get them working with each other at the beginning of a project. Try and crowbar your SEO guy’s input into a web build that’s 75% complete and sparks will fly.

The Holy Grail of backlinks
Long before Bitcoin and even PayPal, the true currency of the Internet has always been backlinks. A hyperlink from one site of interest to another site of interest acts as an endorsement of that site. If that endorsement comes from a site which itself has already been heavily endorsed, those endorsements are all the more valuable. This is why links have become such a traded commodity, because broadly speaking, the more high-quality thematically relevant links a site has, the greater its chances of occupying the more prominent positions within search engine results pages (SERPs) – to this day the number one metric by which all SEO efforts are judged.

There are of course a number of methods by which the wider web will seek links – some of them perfectly legitimate, some occupying a grey area, and others downright underhanded and forbidden. By far the best way of achieving fresh endorsements, however, is by attracting them naturally by virtue of the quality of your product. That’s not to say that it’s as straightforward as “if you build it they will come” because the web is a big place and it’s not hard to get lost in it. But as long as you’re looking in the right places, you can attract the right kind of links with the right product.

Does your sportsbook offer a better experience than that of your competitors? Do you offer a wider variety of markets? Is your site’s speed and ease of use a selling point? Yes? Then make sure people know that. As long as you’re marketing yourself to the right people, in time those people will provide the online endorsements you deserve.

Instead of feverishly hunting out links by any means necessary, have faith in your product and just keep putting it out there. If it’s good enough, people will talk about it. And if people are talking about it online, the wheels of online marketing are in motion. Although the world of SEO has changed since its early days, in many ways the approach required is virtually unchanged: write the content, optimise that content and market your content. In a nutshell that’s SEO.