Affiliates need to take some responsibility for the success of their own industry, reckons Rightlander’s Ian Sims. And the best way to go about this is not by forming a union, but by getting more clued-up on compliance, calling out the bad actors in the trade and advocating for best practice 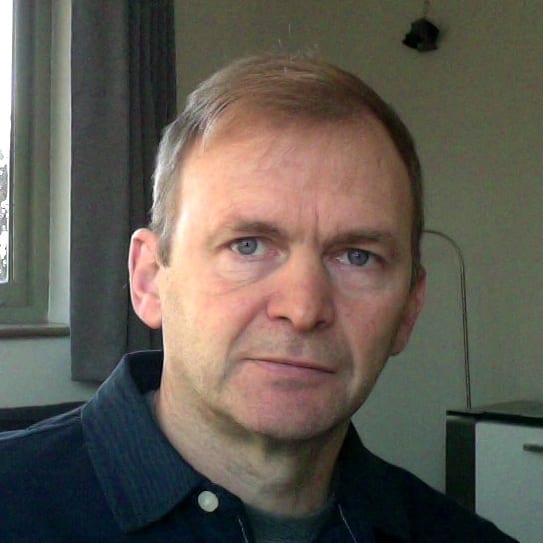 iGB Affiliate: Where did the idea for Rightlander come from?
Ian Sims: I was an affiliate until 2016 and had developed myself a little tool that monitored my landing pages. It would go out overnight and follow my links to casinos and sportsbooks and screenshot the pages I was sending the traffic to so I could look at them and see if there were any issues with them. It was very useful so when I sold the network in 2016, I decided to turn it into a landing page monitor for affiliates.

I launched it at Amsterdam Affiliate Conference last year, where there was a real focus on compliance. At least two or three people approached me talking about it. The then CEO of the Gambling Commission Sarah Harrison had come in and decided to shake them up a bit and it occurred to me that the technology I’d written was basically scanning affiliate sites looking for links and then following those links to see where they went, so it would be a relatively small step to expand that to work on any site and look for anything. I came back from Amsterdam and decided that I’d launched too early, so I stopped all the marketing and decided to concentrate on something focused toward compliance for operators. I relaunched in December.

iGBA: You’ve had a lot of top-tier operators sign up since launch, Genting being the latest. What do you attribute the rush to?
IS: We got LeoVegas on board very quickly. That kind of gave us a bit of impetus, so we went to London Affiliate Conference and got the name out there and since then it’s just been a constant stream of people wanting to have a look at the product.

We’re fortunate in that we’re probably the only tool that does what it does. There are other tools, which are for marketing from what I understand and kind of skirt round the compliance issues when it comes to creative. I don’t think anyone was really doing this ‘search a website, find something specific and report back’ thing.

iGBA: What are operators’ needs when it comes to tracking and monitoring affiliate sites?
IS: There are still quite a few different interpretations of what’s required, but over the next three to six months we’ll be in a position where most people know what they’re doing and know what they’re looking for. At the moment the ideas vary but there are things that are obvious, for example old marketing material. As we talk, Genting is launching a new bonus and they want to capture all the sites that are still representing their old one.

Non-compliant anchor text is another. That’s become quite a crucial part of compliance issues because it directly links that link to the operator. We look for anything claiming to be ‘risk free’, ‘low risk’, that sort of thing, and anything that purports to be something that it isn’t. The Gambling Commission’s also very hot on anything that induces the player with time-sensitive calls to action, so ‘play now’ for example.

iGBA: Do you have to work quite closely with the operators on identifying their needs?

IS: The biggest issue for us at the moment is that the issue of compliance is landing on the laps of affiliate managers, and they’ve got two problems. First, they have to get to grips with what compliance is, and second they have to try and fit it into their schedules. They need to understand how to interpret the data and what to do with it.

There can be an element of hand-holding, and when that happens it’s a slower process and the quantity of data can be a bit overwhelming.

So we try to start those clients off with something relatively straightforward. We sign them up to a fairly basic package and then work with them on standard reports and try to work out what they make of it. From there, we can reduce it, increase it or change the amount of information they get. A lot of companies are getting wind of the fact that they do need someone specific.

When we’re dealing with larger companies we tend to get compliance officers. That’s a different kettle of fish as they already understand what they need to do, but we still work with them to tailor it.

It’s peaks and troughs. Right now it’s heading up a mountain because everyone’s learning and there are lots of non-compliant affiliates out there. But at some point it’s going to reach a peak and start to come down the other side because there will be fewer affiliates to work with.

iGBA: Do you see a role for Rightlander beyond the igaming space?
IS: We have had some discussions with investors who could potentially be interested in investing in taking it to another vertical, but whether that would be us that did it, I’m not sure.

At the moment within igaming it’s driving itself, largely because the GC  has said that gambling companies need to demonstrate that they are actively involved in affiliate compliance, which is one the best things anyone could have said for a compliance platform like ours. To be honest, we’ve probably got a few clients paying us money every month just so they can be seen to be paying money each month. I’m not going to complain about that!

There are some people who come along and have a look and decide not to take us on. There was a big one the other day; we did a trial for them but they decided not to sign up because they said there was too much data.

iGBA: Do you think this compliance drive is going to dramatically change the market? Could we see a handful of consolidated entities dominating the igaming affiliates space?

IS: Over the last few months I’ve noticed affiliates have really woken up. Looking back in January and February the attitude among affiliates was ‘if I’ve done something wrong someone will tell me’ but that’s changing.

I’ve got affiliates in larger affiliate networks coming to us and asking to see reports, which we now show them free of charge on their own sites. We’re saying, “This is what we’re giving the operators, this is what they’re asking us for and you’re welcome to see where you don’t match up.”

It’s a very important because if affiliates don’t cotton on to this, they’re going to lose their relationships with the operators. We need that affiliate market here at Rightlander as much as the operators do!

I think the larger networks face the biggest risk. They’ve acquired so many sites and so many affiliates that the compliance issue on all those sites must be a complete nightmare for them. There are hundreds and hundreds of sites and thousands and thousands of pages to go through.

There are dangers and there will always be dangers, but the bottom line is the relationship between the operators and the affiliates needs to be much, much stronger than it is now.

iGBA: Do you think attempts by Tom Galanis and ThePogg to unite affiliates through trade bodies could help with this?
IS: I think the sentiment’s right but it needs to be run by someone whose job it is. They need to understand about relationships, and they need to be well remunerated for that and no one has been prepared to pay the money for that to happen.

There are also differences of opinion about what action should be taken. I’m not onboard with the union idea. The whole word ‘union’ itself creates an ‘us and them’ scenario and that’s the last thing this industry needs now; it needs you and me, rather than us and them.

iGBA: What do affiliates need to do to defend their own industry?
IS: People that manage to adapt will come out the other side not only with stronger relationships and more trust with the operator, but they will actually find that a lot of their competitors aren’t there anymore. They’re going to be one of a smaller crowd of people getting the traffic and they’ll probably benefit quite substantially from that. That’s something I’d like to see more affiliates wake up to.

They should be more aware of the fact that the people around them are also a risk to their businesses. Loose cannon affiliates will end programmes. The good affiliates need to call out the guys that are shouting about the injustices of it all; empathising and giving these guys sympathy is the last thing they should be doing. They need to be holding each other to account more, understanding what best practice looks like and be advocating for it.

iGBA: How have affiliates reacted to Rightlander?
IS: When it started there was one forum post where someone thought the crawler was slowing down their website and tried to hold us to account for it, and we did some testing and it wasn’t.

What I have noticed is that I’ve started to get emails from affiliate networks, in particular the bigger boys like Blexr, and they are interested in what we are doing and what they can get from it.

iGBA: Are the glory days over for affiliates?
IS: It’s going to be harder to make money from being an affiliate in the future but I think it’s just different, the way you do it now.

You want to get to a point where people actually want to hear what you have to say on things. So affiliates should be looking to build authority. Those who see it as a marketing exercise will struggle, that’s my personal opinion. But I’ve always thought marketing is not the way to do this industry, authority is the way to do it. If you have authority – you know live casino really well, for example – and someone wants to play live casino, you’re in a strong position.

You also have the new breed of streamers who play on Twitch and YouTube. They have an important role to play as well, but that’s going to be a problem area for compliance because how do you monitor what someone is saying in a live stream?

iGBA: What else should operators do?
IS: A lot of operators are reducing their numbers. In fact a couple of operators delayed coming on board with us because they were making major cuts to their affiliate programmes from 900 to a more manageable 200 or 150, but I’d caveat that by saying they don’t see it as coming down to 150 and staying there. They see it as coming down to a starting point and working with the affiliates they trust the most and then looking at ramping up again. If that means revisiting old affiliates and talking to them, then fine, it’s just basically moving the risk for now.

iGBA: Are you out of the affiliate businesses for good now?
IS: Yes, I’m out of that game now. For the next few years it’s all going to be Rightlander if all goes to plan. I love a challenge, so it’s all about building something that people recognise as being good. That’s what I enjoy doing.