The regulatory environment in Germany is as good as it’s ever going to get for operators, marketers and advertisers, writes Christian Mayer of Noerr LLP. 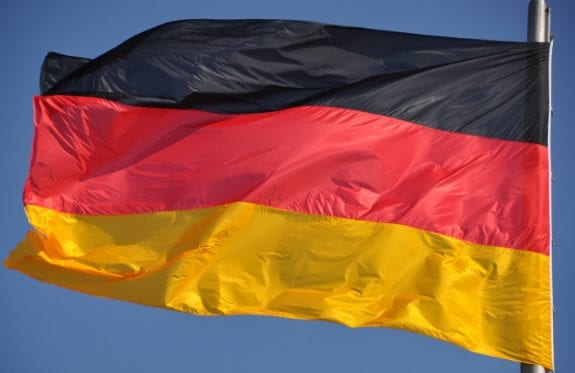 The overview I provided last year of the current regulatory regime on gambling in Germany was rather ambitious, referring to an imminent Wind Of Change, inspired by German band The Scorpions’ famous track. Continuing in this tradition, the track that most aptly describes the current situation for operators in Germany is Enjoy The Silence by Depeche Mode.

This is because while I was hoping for a new era in German gambling regulations, not much has happened in the past 12 months, and the situation today – combined with almost zero enforcement actions – is probably as good as it gets for the online gambling industry, and one operators should take advantage of.

The tender procedure initiated in August 2012 to grant the online sports betting licences is still a complete mess. After more than four years, no licence has been granted. In September 2014 the authority announced its decision on the 20 fortunate applicants, spurring numerous legal proceedings and a number of judgments by the competent courts, all in favour of the unfortunate applicants that shouldn´t been granted a licence.

Overall, the courts came to the conclusion that the authority had failed to meet the requirements for a fair, transparent and non-discriminatory procedure. But the courts not only criticised the execution of the licensing procedure, but also the licensing regimewithin the Interstate Treaty on Gambling (Glückspielstaatsvertrag – GlüStV) itself. The courts challenged the limitation to 20 sports betting licences as well as the seven-year experimental licence duration.

This general conclusion is also shared by the highly regarded Ince-Case (ECJ, case C-336/14, Judgment dated 04. February 2016). Article 56 of the EU Treaty (freedom to provide services) precludes penalty, even where a private operator may in theory obtain an authorization to organize or intermediate sporting bets, to the extent that knowledge of the procedure for granting such an authorization is not guaranteed and the public monopoly regime with regard to sporting bets, deemed by the national courts to be contrary to EU law, has persisted despite the adoption of such a procedure.

This is clearly the case in Germany, where an unlawful state monopoly is preserved because after more than four years there is no true authorization procedure in place as none have been granted. This leads to the conclusion by the ECJ in the Ince-Case, that any penalization of unauthorized intermediation of sporting bets by a private operator holding a licence in another member state cannot be enforced.

This judgment eventually led to another novelty in the German regulation: a formal “suspension order” granted by the Federal State of Hesse and valid only in the State of Hesse. A hopeless attempt to formalize and legalize a common practice, because there has been a nationwide suspension of almost any law enforcement against illegal gambling operations and advertising in Germany for several years already.

On top of this, Germany was formally issued with a pilot letter by the EC detailing its widespread objections to the current gambling regime. This pilot proceeding is basically finished, and the EC is expected to launch infringement proceedings against Germany by the end of 2016 at the latest. That could ultimately force Germany to abandon its strict gambling regime as the EC’s expressed concerns leave little doubt that this has to be revised, and early stage discussions on a new GlüStV have already begun among the German states.

Unfortunately however, these discussions will most likely only lead to a very limited recast of the current GlüStV, allowing the states to grant a total of 35 sports betting licenses for all applicants under the stillpending procedure.

So, after after all, it is legal today to provide online sports betting services in Germany and advertise these, even on television and the internet, despite the fact that no licences – neither for the operation or advertising – have yet been granted. In addition, the competent authorities have not only ceased to enforce current laws against online sports betting operators but also against the whole variety of online gambling services in Germany.

Thus gambling operators can today provide their services with almost no enforcement risk, even though – apart from ambitious hopes for the EC infringement proceedings ahead – most of these services will likely not be legalized in the years to come. This current situation should encourage the gambling industry to seize the momentum and Enjoy The Silence for the next couple of years, as we will see more enforcement action once the Federal States finally agree their limited recast of the GlüStV.