Marketing a foreign sport in a new country is a long game. Mike Dodgsonof Digital Fuel Marketing looks at how some of the biggest local sports are making their mark on the world stage. 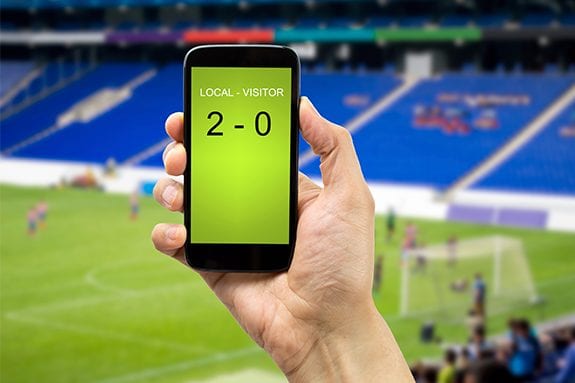 THE EXPANSION OF POPULAR domestic sports into new international markets is on the rise, with varying degrees of success. Here’s how they’re faring.

An American invasion of the UK

The biggest sports league in the world, the US-based NFL, has made a loss on all of its games in the UK in the past 10 years.But in a Chicago Tribune report, NFL head of international development Mark Waller says that will change in the coming years with increased marketing opportunities.

His outlook echoes the optimistic words of NFL head of operations in Britain Alistair Kirkwood, who states that the past decade’s venture has been a “deliberate loss leader”.In other words, it was an attempt to increase the intrinsic value of the brand, leading to greater marketing, sponsorship and commercial distribution dollars.

The burning question: is it working?

It looks as if it is. The league has doubled its revenue from UK media rights since 2007 and British fans seem to enjoy the sport.

According to the Tribune, half of the fans at last year’s games had attended the year before, and a third had bought tickets for the entire four-game series.

The NFL’s expansion may not stop on British shores, either. In an LA Times report, legendary quarterback Peyton Manning says expansion into China is a “no-brainer”.The popularity of meishi ganlanqiu(US-style football) in the country’s heartland is growing with the burgeoning profile of China Arena Football League, China’s home-grown league.

Expansion into Asia isn’t unique to the NFL. Australian Rules Football has also been trying to stir up interest in its unique brand of football in recent years.A limited marketing foray into China last year secured a local TV distribution deal just days before the game, which saw Port Adelaide beat the Gold Coast Suns. Despite a seemingly small crowd of 10,000, AFL chief executive Gillon McLachlan viewed the expedition as a success.

Less-than-enthusiastic rumblings from homeland fans often offset the executiveled positive spin on these expansions. But one new-market expansion in recent years that has enjoyed overwhelming success has been cricket.

A traditional sport that conjures up images of lush green ovals in the Commonwealth, cricket suffered dwindling crowd numbers and reduced sponsorship dollars in the early 2000s.The sport needed to attract the next generation. Enter the England Cricket Board’s attempt to reinvigorate the colonial sport: Twenty20.

A faster, exciting, athletic version of the former snoozefest, wrapping up in a couple of hours versus the previous one- to five-day versions of the sport, Twenty20 quickly became a domestic and international success.From a marketing perspective, US sports-style antics complemented the obvious changes to the format.

Cheerleaders, pre-, mid- and post-match entertainment, fireworks and vibrant uniform colours were all an obvious contrast to the dull white of Test cricket.Today, a global Twenty20 cup spearheads the international cricket calendar, with local leagues in England, Australia, India, Pakistan and elsewhere attracting huge sponsorship and offering enormous paydays for players both domestically and internationally.

The expanding year ahead

The NFL recently continued its decadelong expansion into the UK with four matches in London scheduled for September and October.

The AFL will also continue its run in China,with Port Adelaide reportedly pushing for a five-year deal, sacrificing a home game for the opportunity.And cricket’s Twenty20 saturation continues to soar to new heights, gaining popularity with each marketing step it makes.

A recent highlight was women’s international Twenty20 matches, a step the ICC is hoping will result in further growth and popularity for a sport once hindered by its antiquated beginnings.