Why Sky Bet's closure of its affiliate programme is a big mistake other operators should avoid making. 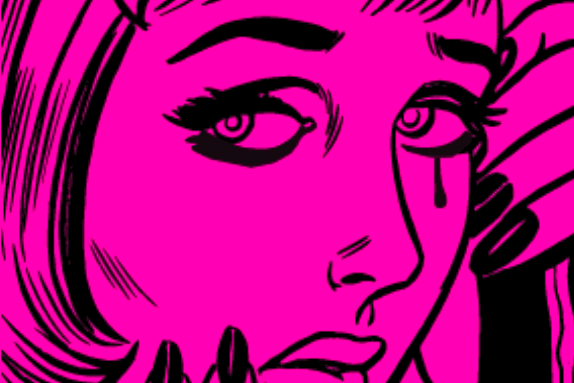 I want to follow up a post I wrote just after the Sky Bet affiliate closure announcement was made. In it, I talked about how affiliate marketing is essentially organic search by proxy, ie an operator can have only so much reach on organic search and beyond that point they need representatives who can rank where operators can’t.

I also touched on the whole subject of social proof and how web users are far more influenced by affiliates than operators might think.

Today, I’m going to dig into:

If you were a Sky Bet affiliate, you’ve probably done your research and you’ll know the following, but for the others…

While researching this article, I came across a piece from 12 September by legal regulatory specialist Gemma Boore in which she talks about the growing regulatory pressures now beginning to affect affiliates (see tinyurl.com/g-boore).

She talks about the EU’s General Data Protection Regulation (GDPR) and how it introduces new obligations that allow individuals to have their data erased from any website they choose.

In other words, somebody could go on to your affiliate website and if there’s any personally identifiable information retained by it, such as their email address, that person has the right to ask you to erase that information.

Penalties for non-compliance can be as much as €20 million or 4% of turnover.

The catch with the affiliate ecosystem is that there is very little corporate accountability. In other words, many affiliates are individuals working away quietly and it would be very hard to make them accountable to GDPR.

And then you have the UK Gambling Commission’s £300,000 fine issued against BGO because of nine misleading advertisements on its website and on 14 different affiliate websites between February and October 2016.

If you want to get into the details visit tinyurl.com/bgo-fine, where you will find a very good post describing the specific social responsibility codes that the GC referenced when fining BGO.

Upshot: if you have mailing lists or other personally identifiable data where a theoretical third party can specifically identify an individual, in theory and in practice you have to be able to delete that information on request.

If you’re using misleading content, for example a fake news page about ‘Mary, who won a fortune playing slots on [name of gambling site]’, it would fall under the social responsibility guidelines that the GC issued and both you and the operator could get into trouble.

Reality check: it’s the operator, not you, who will end up facing the wrath of the GC.

Taking this idea a little further, as an affiliate if you review an operator and you give them a 9.9 out of 10 rating, because they have given you money to be on top of your list, isn’t that as misleading as a fake news page? After all, the review is fake and misleading, because you’re only saying [operator X] is good because they’ve paid you a placement fee…

Now you see why Sky Bet and many other operators are very nervous about affiliates.

If an affiliate writes up a review of an operator and it’s plausible, how would a regulator know whether you’re telling the truth or not?

If the regulators can see a correlation between good reviews and large placement fees, that could be a problem. Just saying.

However, on the whole, affiliates play a very straight game. They create a website, add content, do their SEO, get traffic and hopefully pass converting traffic on to operators.

Very few affiliates do social media marketing and data capture, such as build mailing lists, so on the whole they will not fall under the GDPR legislation.

In my view, as long as affiliates don’t overtly mislead customers, they will not fall foul of the GC guidelines on social responsibility.

In short, I think Sky Bet’s argument about risks with affiliates is overblown and an excuse for cutting substantial costs.

Death of the SEO business case

For years, I’ve constantly said that organic search is more powerful and influencing than people realise.

Since Google moved of its users across to secure search — therefore hiding search query data — there is no easy way for a brand to categorically state that organic search makes them ‘X’ amount of money.

In business, if you don’t have clear accountability, it’s very difficult to get budgets.

A good parallel to organic search is public relations, where a business accepts that public relations is important, but is unlikely to spend substantial amounts of marketing money on it compared to paid media.

SEO was once a ‘marketing channel’ with clear ROI numbers. A brand would treat it just like paid media. Now, SEO is more like PR. It’s a thing every brand should do, but not spend too much money on because no one knows whether it’s actually profitable.

Organisations such as Sky Bet are of a size that stops them spending substantial money on anything that doesn’t have clear accountability. Therefore, they will never take organic search truly seriously because they will never know how much money it makes them.

However, as an affiliate who gets business through organic search, you’ve accepted the ambiguity of ‘not provided’. This simple fact means you’re prepared to commit far more relative investment in SEO.

No operator can go there

If you think of search engines as question- and-answer machines, the questions people ask are ‘search queries’ with different search queries having different intent. So, it’s reasonable to say that anyone who wants to research a brand to make a comparison will want websites that can in some way compare one operator against another.

Returning to this whole idea about misleading marketing, it would be implausible for an operator to build a credible comparison website where they rate themselves number one against everyone else.

Of course, you’re going to cite Oddschecker and Sky Bet being owned by News Corp, but if you look at Oddschecker carefully you will see that Sky Bet has no more prominence than any other operator.

My point: there are huge territories on the organic search landscape where operators can never go.

Let’s look at why Sky Bet or any other operator would be very unwise to kill its affiliate programme.

In an ideal world, where organic search had the same accountability as paid media, what I’m about to talk about would be part of mainstream consciousness.

However, as we know, if you can’t track ‘it’, then ‘it’ is just hypothesis.

Back in 2011, Google released a report on something they called a zero moment of truth (ZMOT). In this report they said 88% of consumers research before they buy, consulting an average of 10.4 sources of information.

Half of the 5,000 respondents searched online with a search engine to get information before buying. For comparison, 18% became a friend/brand follower via social media before buying.

Additionally, 54% of the respondents comparison-shopped for products online.

Upshot: even back in 2011, which feels like an age ago, most people used search engines as their main ‘jump point’ to get information to make a decision about a purchase.

In 2014, according to Retailing Today, 60% of consumers start their research on a search engine (what a surprise!). And according to Econsultancy, 61% of shoppers read reviews before making a purchase.

Retailing Today tells us that consumers visited at least three online stores before making their purchase and that 66% of shoppers looked at warranty information, 52% pricing, 51% model information… and so on.

Upshot: this data tells us the obvious: people use search engines to make buying decisions.

This is an area which interests me a lot… I’ve always found public relations fascinating and I feel that organic search is going the way of PR. In other words it’s something every brand should do, not just to get traffic but to use as a way of influencing purchases.

Every year the PR company Edelman publishes its Trust Barometer report. It’s a huge piece of work that they’ve produced since 2001.

The Trust Barometer determines if the public trusts the media and institutions. Each year there is a shift in focus and in 2016 they looked closely at the influence of search.

In 2012 traditional media was seen as marginally more trustworthy than search engines, earning a trust score of 62 against search engines’ 61.

Interpreting this data: people don’t trust publications such as the Daily Mail as much as they do search engines.

This lack of trust in mainstream media might explain why Wikipedia now refuses to cite the Daily Mail as a reference.

What about the future of trust in search?

If you know about SEO, you know Google is the overlord when it comes to machine learning and artificial intelligence. It has been training and refining these algorithms for years.

If you want to how Google interprets what a good site is, read its Search Quality Evaluator Guidelines 2017 (tinyurl.com/j6pfe5h), which is the manual Google used for training its team of site evaluators. These evaluations were then used as seed/training data for Google’s artificial intelligence algorithms.

In my view, search has entered a new age where content that is the most ‘satisfying’ for users is what ranks. Why? Artificial intelligence.

Algorithms have gone from clunky, resource-heavy and relatively simple constructs that can be gamed (remember keyword stuffing back in 2003?) to intuitive systems that ‘think’ like people, but at a scale no traditional algorithm could ever work at.

In other words, Google, in my view, is becoming a true content meritocracy.

You may argue it’s in Google’s interests to manipulate search engine results so that they can make more money from AdWords and to some extent that’s true, as evidenced by the way they have changed the presentation of organic search results.

However, I believe they do not mess with the trust that people have in organic search results.

Simple example. Who do you trust more when you do a search? Bing or Google?

I assume 90% of you trust Google (Google’s market share). If you don’t trust your search engine, you won’t use it. And that’s why I think Google’s sole mission with organic search is to give the best search results possible to users, reinforcing the trust they have built.

Now that Google search results are driven by artificial intelligence, Google can handle infinitely more complexity than ever before.

The evidence from companies such as Searchmetrics (see tinyurl.com/y8mhj292) proves that user engagement (click-through rate) is by far the highest correlating metric they have ever seen, above links, title tags… above any other metric.

It makes sense that Google wants to rank the most satisfying content related to a specific keyphrase and the context for the keyphrase (user history/geolocation/time of day) the highest.

If you were Google, you would want the most satisfying content to rank.

Aside: I talk about Google’s law of satisfaction and, when it comes to links, of course they still count, but not like they used to. This is a subject for another article, but in summary:

As Google’s search results carry on improving, so does the public’s trust in search.

To use PR as a frame of reference, the goal of most PR is to create awareness and influence. Successful PR will have placements on trusted publications which in turn build awareness and, importantly, trust.

Search engines are trustworthy and if you rank on them, they build awareness and trust for you.