Much was written during 2015 about the potential of DFS for affiliates, but with the big-spending US brands now launching onto the UK scene, we engaged Jamie Hinks to explain how the model works for players, and also arm affiliates with the requisite knowledge to dip their toe in the water themselves.​ 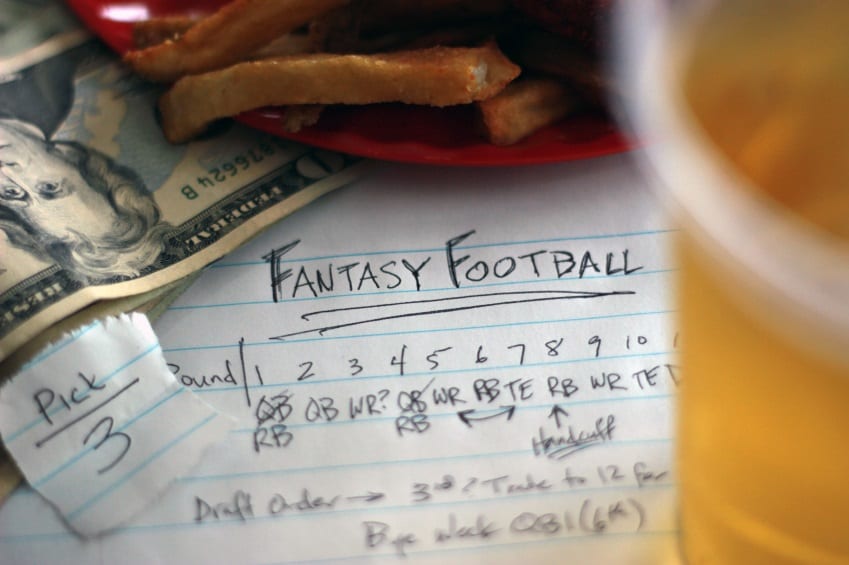 Daily fantasy sports, or DFS, have been around since the late part of the last decade and give fans a truly immersive alternative to the traditional fantasy format. Sports fanatics play in new contests on every day of the year and it works on the premise that by picking a brand new team every time you play, you aren’t lumbered with the same guys for the whole season. You’re not limited by anything draconian like one change per game-week or only picking players that no one else has selected; if you want a whole team of new players every time you play, now you can have them! Just remember to research every single time you play. You do want to win after all.

Win money and be king of the banter every week

One of the beauties of daily fantasy sports is that there is a contest type to fit every player’s requirements. Complete novices can compete against players at the same level in beginner contests in every sport; head-toheads give you the opportunity to take part in the ultimate winner-takes-all contests; and satellites offer the tickets you need to enter the biggest contests in the world of daily fantasy sports. Heard of the Millionaire Maker? Get your tickets in a satellite. On any given weekend of the year there are literally thousands of contests to get your teeth stuck into, and once you’ve tried one sport you’ll be itching to get stuck into another.

DraftKings’ one-day fantasy football gives players a $50,000 budget and it must be used wisely. Whilst spending almost tenth of your budget on the likes of Sergio Aguero and Harry Kane is good in practice, it leaves you with little room to manoeuvre elsewhere. Especially when you consider that your team is made up of 11 men. That 11-man squad must include a goalkeeper, three defenders, three midfielders and two forwards. There are also two utility players that can be any outfield player not already in your line-up. Just make sure it fits inside the $50,000 budget and you’re golden. There’s no need to worry about substitutes scoring points on your bench. In this format it’s all about your 11 men on the pitch.

You need to become a statto

Now we know that everyone has that mate who thinks they’re the ultimate guru in traditional fantasy football. It’s that one guy in your league who’s had Jamie Vardy and Riyad Mahrez all season. That’s all well and good but to succeed at daily fantasy football you’re going to need a lot more than simply a knack about who’s going to perform. Daily fantasy football scores performance according to a list of categories that stretch far beyond the goals, assists, clean sheets and star man points you’re used to. Robbie Brady and Danny Rose, a couple of the Premier League’s kings of the over-hit cross, have truly found their niche here. To help you master the art of football statistics, every player has a Player Card that displays plenty of pertinent information. Performance over the past 10 games, a detailed breakdown of all the statistics that matter and the average points per game over the entire season. It even gives you news items explaining some more detail behind recent performances of note. All of that provides even more ammunition with which to pick the perfect team.

Who are the best players?

So you’re probably ready to ask who scores the most points on daily fantasy football and things are quite a bit different to traditional fantasy football in that regard. Whilst all these players won’t make your line-up, thanks to their exorbitant salaries, think of this as a good starting point for your line-up.

GK: Petr Cech (11 DraftKings Fantasy Points Per Game (FPPG)) – Cech gets plenty of points for wins and clean sheets thanks to Arsenal’s status atop the Premier League and his league-leading 10 clean sheets. Both are worth five points each and give Cech a significant upside.

DF: Leighton Baines, Everton (10 FPPG) – Baines has only been back for a few weeks but is already the second most expensive defender behind Kolarov. The Everton left back takes the majority of set pieces, loves a cross and is as comfortable getting forward as he is defending.

DF: Cedric Soares, Southampton (10.1 FPPG) – Cedric is one player that often allows users to take advantage of positional eligibility due to the fact Ronald Koeman likes to play three at the back and Cedric is pushed to right midfield as a result.

MF: Riyad Mahrez, Leicester City (18.4 FPPG) – Where do you start with Mahrez? The Leicester man has been a big part of why the Foxes have been so good, mainly thanks to his contribution in every attacking stat column out there.

MF: Dimitri Payet, West Ham (17.9 FPPG) – Until he got injured he was pulling the strings at Upton Park. Now that he’s back to full fitness, he’s one of the best daily fantasy midfielders in the Premier League.

MF: Kevin de Bruyne, Man City (18.4 FPPG) – de Bruyne arrived with the reputation of being one of those players that Jose Mourinho wasn’t fond of at Chelsea. Any problems the former Chelsea manager had look ridiculous now as de Bruyne makes a contribution every week. FW: Alexis Sanchez, Arsenal (15.4 FPPG) – His fitness is a problem but the way he drifts out wide often is ideally suited to daily fantasy football.

FW: Harry Kane, Tottenham (14.5 FPPG) – England may well opt to leave Kane on the bench for the European Championship in the summer, but his value to Tottenham remains undiminished. Fantasy users get added value thanks to the amount of shots Kane has during an average game.

UTIL: Mesut Özil, Arsenal (15.9 FPPG) – 16 assists is almost one per game and that gives him a six point head-start going into any contest.

UTIL: Yohan Cabaye, Crystal Palace (14.8 FPPG) – Cabaye is by far Palace’s biggest ever signing and has been influential to how they play. Set pieces, assists, crosses and goals make the Frenchman a stand out.

“Whilst spending almost tenth of your budget on the likes of Sergio Aguero and Harry Kane is good in practice, it leaves you with little room to manoeuvre elsewhere.”