With operators under pressure to cut costs and improve compliance, affiliates are now hearing a range of arguments against paying out CPA commissions. Phil Blackwell proffers some solutions and advice on how to push back but ultimately better transparency and communication is needed from the off 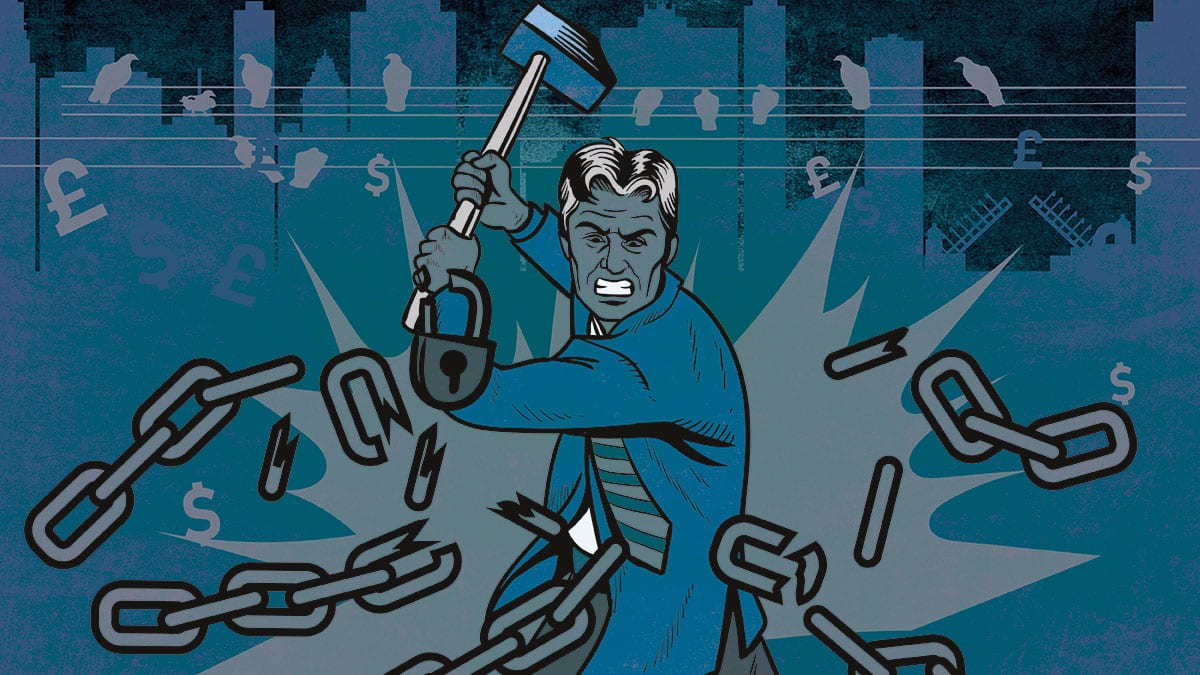 Affiliate and operator relationships are becoming increasingly strained in an era of tightening regulations, external media pressure and the small matter of a global pandemic. The absence of regular conferences has limited opportunities for face-to-face meetings and reduced most conversations to impersonal Skype chats and emailed warnings about exploiting viruses for commercial gain. Only in 2020.

Right now, there is real pressure on operators to cut costs and improve compliance, with affiliates being squeezed to provide as much value as possible amid a thickening cloud of doubt and mistrust.

Back in December 2018, I wrote about the problems, inconsistencies and injustices of deposit baselines on CPA commissions. Sadly, the baseline issue is as prominent as ever, but there are also a range of other commission objections beginning to surface more frequently. Many of these could be tempered by better transparency and communication, some are (mostly) innocent mistakes and others are more cynical attempts to avoid paying what’s owed.

Here are the four most common arguments against paying CPA commission to affiliates.

“THE PLAYER HAS SELF-EXCLUDED”

One of the most controversial reasons for not paying CPA commission is the self-exclusion of a player after a qualifying first deposit has been made.

I’d like to make clear before continuing that my issues regarding self-exclusion are not based on a desire to exploit the misfortunes of problematic players but instead to ensure that affiliate commission is fairly distributed.

A blanket refusal to credit CPAs for self-excluded players despite withholding players’ deposits is often unjustified in cases of high value.

While I fully accept that operators are reluctant to pay for one-time minimum depositors that self-exclude almost immediately, it is harder to make the case against paying for those who deposit much more.

Imagine a situation where the CPA is £100 and a player deposits at a casino and loses £500 before self-excluding. In the majority of cases, the casino would refuse to pay the £100, but keep the money the player has lost.

The player was only in a position to play at the brand because of the affiliate and the casino only profited from the player for the same reason. However, the affiliate is expected to accept no reward.

A fairer solution would be to agree a deal in which the CPA is still paid for self-excluded players when the value of a player’s deposits exceeds a certain multiple of its value.

In the example above, the agreement could be to credit CPAs for any self-excluded player who deposits at least twice the rate of £100. Operators could still expect to break even after commission, assuming moderate hold, and affiliates will be credited for the traffic accordingly.

“THE PLAYER DEPOSITED ON A DIFFERENT PRODUCT”

The diversification of products offered by casino sites has created a new objection against paying CPA commissions, a pushback more traditionally reserved for the industry’s biggest brands.

It is increasingly rare to find operators that focus exclusively on a single product. We’ve seen ProgressPlay, Nektan and Jumpman Gaming all integrate bingo rooms into their platforms in recent years. We’ve also seen sportsbooks added to the high-profile Karamba casino and All British Casino, among others.

The problem is that the value of players across different products is perceived differently. It is common for an affiliate to agree a casino CPA only to be refused it due to a depositing player betting on football instead of spinning on slots.

This is often not the fault of the affiliate who could be paying casino-level CPCs to acquire PPC leads for brands, before being refused a return on the investment because of a player’s personal preference.

I can see a couple solutions to this, one more likely to be accepted than the other, but both ensuring the affiliate is rewarded.

1. Full CPA is paid for players on any product

The first option is to insist on full payment of a single agreed CPA regardless of the product on which a player deposits, assuming that a majority of players do indeed wager on the product that is the campaign’s core focus.

This would guarantee full commissions for affiliates and most realistically reflect the unpredictability of traffic at scale. However, it also asks operators to pay a premium for players that would usually cost much less if targeted directly.

2. Product-specific CPAs are agreed in advance

The more preferable option from an operator’s perspective would be to agree separate commission structures for different products in advance of any traffic being sent. While this would lengthen negotiations, it would also allow for all crossed-over players to be credited in line with the relative value of the product on which they play.

But what happens if a player was to register via a casino landing page, bet on sport first, then play slots? Would the difference between the sport and casino CPA be credited to the affiliate, or would the casino have earned a casino player at a discount?

One answer may be to limit the window within which higher CPAs can be earned by time. A player could be given up to seven days to wager on more expensive products from the date they register and be credited with the highest qualifying product CPA at the end of that period.

“THE PLAYER DEPOSITED IN A NEIGHBOURING GEO”

Almost all commission agreements are based on affiliates delivering traffic from one or more specific countries. Reasons for this can include licensing and compliance restrictions, but also a brand’s decision to avoid attracting players from lower-value areas.

And, although in practice these objections appear reasonable, there are genuine and unavoidable scenarios where an affiliate could send a high-depositing player to a non-agreed geo and be refused the CPA.

Perhaps the most pertinent example of such a situation would be an SEO affiliate ranking in Germany and sending players from Austria or Switzerland. The DACH region, which comprises these three bordering countries, will often see some crossover in SEO player delivery due to the inability of Google’s algorithm to prevent pages ranking in untargeted locations.

So in theory, an affiliate could agree a CPA with a casino for Germany, rank in Switzerland, send an accepted depositing player and not receive the commission. This is clearly unfair to the affiliate who is effectively being punished for high levels of SERP exposure.

The solution? Ensure that all the neighbouring countries of your core target market are listed as accepted geos in the affiliate agreement, even if traffic to these regions is agreed at a lower rate.

“THE PLAYER ONLY DEPOSITED ONCE”

Possibly the most frustrating argument against paying a CPA is that a player deposited only once. Not only does this ignore the value of the single deposit – which could far exceed that of the CPA – but it also does not respect the basic mechanics of gambling marketing.

It is commonly understood and accepted that every affiliate campaign will generate a mixture of stronger and weaker players, with ultimate performance assessed by ratios and averages relative to other campaigns.

In simple terms, every affiliate will send one-time depositors and these should always be paid for. Affiliate value should be judged on the collective properties of all traffic received and CPA qualification should not be reserved for the best players only. There is no value without volume.

Some even stricter interpretations of the one-timer rule include clauses that withhold CPA payments for all players sent if a certain percentage of the traffic consists of one-timers. It’s like a PPC affiliate asking Google for a refund as the majority of their clicks didn’t convert.

One-timers are just as much the fault of a brand’s CRM, welcome offer and user experience as they are the fault of the affiliate.

STOPPING THE SPREAD OF COMMISSION AVOIDANCE

The frustration and conflict caused by the above can be mitigated by clearer and more honest communication when deals are negotiated.

As is the case with the inclusion of deposit baselines, many of these CPA clauses are clearly stated in operator terms and conditions but excluded from back and forth Skype chats.

Responsibility lies not only with the operator to state exclusions in advance, but with affiliates to ask before any deal is finalised and any campaign has begun.

Many of the conditions, especially regarding self-excluded players, are well established and heavily ingrained in insertion orders across the industry, and will continue to be so if left unchallenged by affiliates.

Additionally, where such clauses are present, operators could alleviate suspicions and reduce concerns by providing affiliates with better access to player reports and data fields.

It is in the interests of both parties to agree honest and transparent commission structures that protect operators from overexposure and affiliates from underpayment.

The cure for contested commissions is a simple one: conversation.