Broadcast executives are counting the potential cost of the threatened ban on daytime TV gambling adverts, but their loss could be affiliates’ gain, marketing experts tell Julian Rogers. 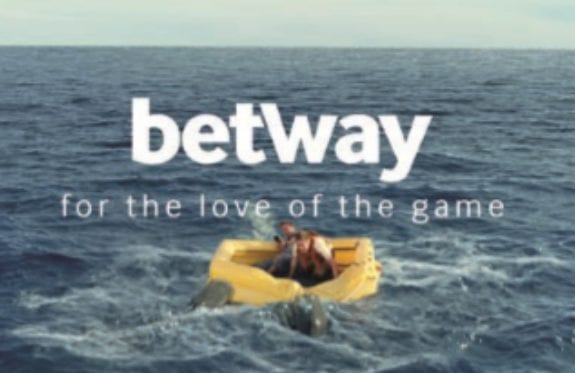 Tune into any live Premier League match screened on Sky Sports or BT Sport in the UK and it’s an odds-on certainty you’ll encounter at least one bookmaker advert during a commercial break. Whether it’s gravel-throated Ray Winstone extolling the virtues of an in-play wager with bet365 or an unkempt man gambling on his phone while stranded in a dinghy surrounded by sharks for Betway’s latest campaign, betting adverts are now ubiquitous in televised sport. It was little surprise then that news of a possible blanket ban on gambling adverts before the 9pm watershed sent shock waves through the industry.

Counting the cost
It also probably left sports broadcasting executives anxiously counting the cost of lost ad revenue from any crackdown. This all came about after the Department for Culture, Media and Sport (DCMS) widened a probe into fixed odds betting terminals (FOBTs) in betting shops to cover gambling advertising on TV.

Operators are bound to redouble their web and social media marketing efforts. Paddy Power, for example, doesn’t rely primarily upon TV advertising, choosing instead to cultivate vast audiences on social media channels with its risqué but viral Lad Bible-style content

Under the current rules, bingo operators, lotteries and sportsbooks can advertise before 9pm, though bookmaker adverts can only appear in slots during live sport  broadcasts. The government’s concern is that children are being exposed to too much gambling, especially with live sport being peppered with 30-second betting adverts at weekends. “If children see it [a betting advert], they can’t do anything about it as we have strong anti-underage gambling measures in place,” argues gambling industry consultant Steve Donoughue. “There are also tough rules about what can be depicted in the adverts, so I think it’s all a bit of a sledgehammer to crush a nut.”

However, Donoughue suggests that any daytime ban would have only a “moderate” impact on operators. “Both the bookmakers and online bingo have many alternative routes to market, but obviously closing down TV advertising during the day reduces their exposure.” Betting advertising rocketed after the market was liberalised in 2007, with media  regulator Ofcom reporting a 600% rise in the first five years alone, with 1.4 million gambling TV commercials in 2012.

According to a Nielsen report produced for The Guardian earlier this year, gambling advertising expenditure has jumped another 46% during the past four years. The outlay for 2015 amounted to £118.5m, up from £81.2m in 2012. The loss of betting advertising during coverage of horseracing – a sport intrinsically linked to betting – would be a huge blow for the racing industry, operators and broadcasters (ITV will screen 40 days of racing on its main channel from 2017 as part of a four-year deal worth £30m). But it’s a ban on adverts during televised sport such as football that is the bigger concern among operators.

Time to change the marketing mix?
Unibet’s head of UK marketing, Ed Nicholson, says TV has become an “integral part” of the marketing mix. “Research suggests that television adverts on their own don’t move a potential new customer to immediately open an account, place a bet or take advantage of a particular offer. It is rather an OTS [opportunity to see] the brand, which hopefully will eventually enable the viewer to become aware of the brand, and then after a number of interactions, consider opening an account.” Without adverts, we could see an increase in sport and programme sponsorship (bet365 sponsors Monday Night Football on Sky Sports, for instance), as well as an increase in pitch-side advertising and official betting partnerships with clubs.

Bookmakers’ prices could be quoted by studio pundits, or they could sponsor in-game statistics. “Never forget how effective guerrilla marketing can be,” Donoughue says. Furthermore, operators are bound to redouble their web and social media marketing efforts. Paddy Power, for example, doesn’t rely primarily upon TV advertising, choosing instead to cultivate vast audiences on social media channels with its risqué but viral Lad Bible-style content. And although some operators have looked to reduce their reliance upon online affiliates, these partners could become crucial should an ad blackout materialise. “Although much depends on what the conditions of a ban are, it will definitely drive money into online,” says  Easyodds CEO James Garmston. “It has been long known that affiliate marketing is the most cost effective marketing for bookmakers, but further collaboration on user data is still needed to see this channel reach its full potential.”

Winners and losers
Analysts have suggested tier 2 operators could struggle to compete with established brands after a daytime ban, though Garmston says: “Where the tier 2 bookmakers have an advantage is that they are a lot more nimble and their user journey from affiliates in terms of landing pages while timeliness of offers is generally better than some of the bigger bookmakers. Tier 2 operators are a bit lighter on their feet and have less sign-off processes so can turn copy and offers around quicker.”

It has been long known that affiliate marketing is the most cost effective marketing for bookmakers, but further collaboration on user data is still needed to see this channel reach its full potential

Overall, though, he is in no doubt operators will be “clever” in ensuring their brands and products continue to be noticed. Indeed, Paddy Power Betfair CEO Breon Corcoran told analysts during a recent Q3 trading update that a business with a strong brand has nothing to fear from restrictions. “Those with the strongest brands will weather the storm the best,” Donoughue agrees.

Darren Moore, founder of tipping website Betting Gods, concurs with this sentiment. “Like any industry, if there was no advertising you’d instinctively use the products that you’ve heard of already. Even people who don’t gamble will be able to name a handful of bookmakers.” He adds: “Bookmakers can and will survive outside of traditional media but they will need to pivot towards newer technologies.” With the explosion in gambling advertising over the past few years, it was perhaps inevitable that the industry would eventually end up in the government’s crosshairs. Yet one could argue that a prewatershed ban wouldn’t have that much of an impact.

After all, research suggests millennials are increasingly shunning live TV and scheduled programmes. This is mainly due to the rise of on-demand services, while handy mobile apps show bite-sized match highlights without the adverts. Viewing figures for Sky Sports’ live Premier League matches have plummeted 19% this season, which has been partly blamed on illegal streaming. Whether this was an anomaly or part of a growing trend that UK audiences are deserting live football, only time will tell. So while a loss of daytime adverts would certainly be a setback for the industry, you can bet your bottom dollar operators will find a multitude of ways to adapt, survive and stay relevant – particularly with those all-important millennials.