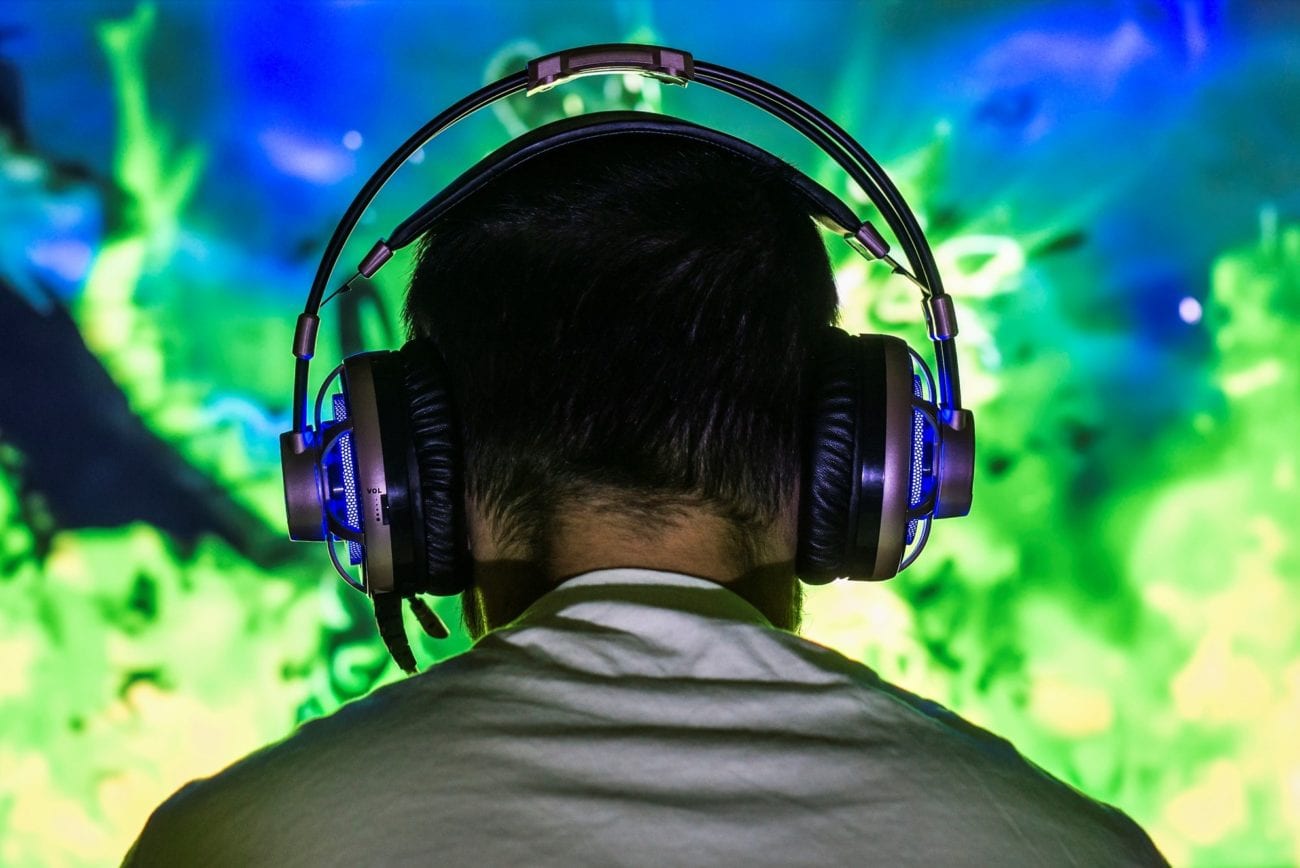 AFTER DECADES OF LURKING quietly on the sidelines, competitive gaming, now commonly known as esports, has become a global phenomenon. The popularity of live streaming has led to soaring viewer numbers, with the worldwide esports audience now standing at 380 million.

This has motivated game developers to create titles with esports in mind and has led to crowdsourcing tournament prize pools that would leave traditional sports organisers stunned. In 2018, for example, the winning team of Dota2’s The International took home more than $11m, a little less than half the total prize pool.

Esports, then, is not just here to stay, but ready to go stratospheric. The global esports market is soon to cross the $1bn mark and is projected to grow by a further 50% by 2020. With wagering predicted to hit $23.5bn by 2020, even those most sceptical of the market will concede that playing computer games is much more than just a basement hobby.

Any affiliates taking esports betting seriously will find themselves entering one of the fastest growing markets in gaming and benefiting from what many are expecting to be a level of unprecedented growth. With so many only now considering esports as a viable commercial route, what are some of the key lessons for entering this market successfully?

Building an engaging brand in esports
The esports fanbase is unlike any other. A unique blend of demographics, interests and incomes make for a wonderfully mixed group of individuals that – for the most part – have a love for competitive gaming themselves. Esports fans are technically savvy, brand-loyal and often sceptical of new entrants to the market. There is a reason why the industry makes such a distinction between ‘endemic’ (brands that supply the market) and ‘non-endemic’ (those that don’t): the latter have a hard time making friends, often needing to convince fans that they’re in it not for the money but for a love of esports and the culture that surrounds it.

That said, even the most unlikely brands may find themselves winning over an esports audience. DHL, which inexplicably became the global partner of one of the world’s largest tournament brands, ESL One, received great acclaim during their Dota 2 2018 Major in Birmingham. Thanks  to a winning strategy, a brand that seemingly has no place in the esports scene has made a huge success of it.

If executed correctly, then, non-endemic brands stand every chance of successfully entering the market, but the alternative can be catastrophic. At best, a poorly managed brand will find themselves shunned by the scene; at worst, they may live on forever as an unedifying meme of exactly what not to do. Whether you are an existing esports fan or one looking at the commercial opportunity of this exciting market, knowing who your audience is and how best to engage them is more important than ever.

How to engage esports fans
As one of the first affiliates in the esports scene, and with a team that has decades of combined competitive gaming under its belt, SickOdds.com is in a unique position to offer advice on how best to engage this emerging audience. Esports fans spend a great deal of time online, often subscribing to multiple communities where they discuss teams, players, game mechanics and everything else esportsrelated. This level of activity online is unique to the esports market, and the opportunity for brands to become part of the conversation is higher than ever. Build a team of esports fans.

To have any chance of success at engaging fans, the team responsible for content has to live and breathe esports and gaming culture in general – a team lacking genuine passion for the beautiful egame will be found out at the first tweet. Proceed with caution! Teams should be in tune with what’s happening in the scene, covering all the relevant titles from across the esports sector.

There are myriad ways to follow each of these titles, whether that’s through Reddit communities or by watching the latest tournament majors through Twitch.tv, YouTube Gaming and Facebook. Subscribing to industry newsletters can keep teams abreast of B2B developments and getting match updates will give a good overview of the competitive scene. For a more intimate look at what’s going on in the space, it’s best to follow teams and players on Twitter.

Esports is a major category that covers a huge range of games, from realistic first-person shooters such as Counter-Strike through to collectible card games such as Hearthstone. For this reason, it is rare to find anyone with a deep understanding of more than just a couple of titles, given that the culture, teams and history vary wildly from one to the next. Teams responsible for engaging with esports fans would also benefit from playing competitively in their spare time, as many of these titles are simply too complex to follow without having first-hand experience.

Creating partnerships
Living and breathing esports is the first step, then, but engaging with an audience from the grass roots can be accelerated through a partnership. Brands, players and organisations within esports are typically very open to cooperation at any level. The esports economy might be approaching $1bn, but the industry is still nascent and stakeholders are often looking for partnership opportunities to keep pace with this growth. Of course, partnerships are not without their pitfalls, and sometimes the excitement and eagerness of this market can lead lower-level partnerships into monetary black holes.

This eagerness is a symptom of a ‘we’re all in this together’ sentiment that so heavily pervades the esports scene, and new start-ups can easily find partnership opportunities with other similarly ambitious and passionate start-ups. In our case, as a self-funded enterprise, we began our foray into odds comparison through a partnership with UltraPlay, which provided us with the opportunity to serve data to our users without the heavy upfront costs. We continue to partner with UltraPlay and others on new content and giveaways, enabling us to reach a wider audience or providing our non-endemic partners with the association and credibility of an esports-focused brand.

Market developments
Something unique to esports is the market’s rate of change. Whether it’s the replacement of a team’s entire roster, a dramatic change to a game’s mechanics or the launch of a new title, it’s hard to keep pace with all that’s going on. But keeping up with market trends and changes can prove useful for driving engagement.

For example, spotting a potential new esports title early can give a brand time to position themselves for its impending launch. Valve’s announcement of its new card trading game Artifact back in 2017 led a few affiliates to speculate on the game’s potential as a new esport. A year later Valve announced the launch of a $1m tournament to take place at the start of 2019, dramatically increasing the likelihood that this title will make its way to the bookies.

Generating value from esports engagement
Too many affiliates spend too little time focused on offering real value and instead opt for quicker wins that typically do not correlate with long-term organic growth. Any brand looking to generate meaningful revenues from organic channels must think carefully about how they plan to engage their esports traffic, ultimately with a goal of generating links and brand citations.

Esports data
The esports market is awash with data and, unlike in the traditional sports market, much of it is open to the public for free. For that reason, any content strategy in this space should seriously consider how data can be used to enrich new or existing ideas, whether it’s for a one-off marketing campaign or as the fundamental framework for a website’s content plan.

In the case of SickOdds, our focus has always been in the use of match-odds data to enhance the user experience and ultimately drive more traffic and more conversions. But odds data not only allows us to draw up comparisons, it enriches our match previews, betting tips, news articles and social posts. Data can also be used to establish trust among visitors: being able to provide Fnatic’s win rate on Dust2 vs NiP, for example, would be a hugely valuable insight to any prospective bettor and adds a vast amount of credibility to the brand.

The sports affiliate market is awash with competitors and in the years to come the esports space will be no different. The use of well-executed data is one of the most cost-effective ways to elevate your brand above the noise and to establish a level of trust that will be a boon to SEO, social and commercial endeavours over the long term.

Building content
In order to scale up the quantity and quality of content on a website, the brand needs to have a team of writers who know their topic inside out. Creating an engaging brand that appeals to the swathe of young and passionate esports writers in the industry is essential for the hiring process. Esports writers will typically be players themselves and they’ll want to work with brands who share the same level of passion. At SickOdds, we have built a team of writers who believe in our mission and share the same love for competitive gaming.

Hiring in esports
The enthusiasm shown by young esports fans is unlike any other market. Writers and amateur journalists are available by the hundreds and are capable of writing on a wide range of topics, from match previews to technical game mechanics, with a deep level of understanding. Those looking to break into this type of freelance work aren’t heading to the traditional job outlets but instead to esports-focused job listing sites such as Hitmarker and Rekt Jobs.

From our experience, these writers have a deeper knowledge about esports and the competitive scene than writers from more traditional platforms. As an esports brand, whether you’re looking for social media content, landing pages, match tips or previews, these writers can deliver. Hiring freelancers across a range of esports titles can have all bases covered in no time.

Where to start in esports
If you don’t already have a natural passion for competitive gaming then the first step would be to try and find one. Esports have pulled in hundreds of millions of players, many of whom were not necessarily gamers before, and if you’ve read this far then you may well have an affinity to the sector that you didn’t know you had. On the other hand, if esports still isn’t your thing, then it is essential that whoever leads your project is neck-deep in the scene and is hiring like-minded team members. Then, with a team in place ready to make waves in the world of esports, consider what opportunities there are to enrich your content strategy through esports data – and scout out partnerships that could prove useful in engaging this exciting new fanbase.